Hey! It’s Thursday, so you know what that means…it’s time for another Random Thursday topic! 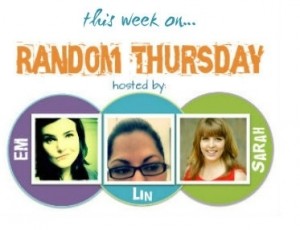 Wow, where do I even start? There are so many awesome superhero powers out there that I’d love to have, though I’d imagine most of them have drawbacks as well. I’ll try to organize it into list format:

What superhero powers do you wish for? Tell me in the comments!