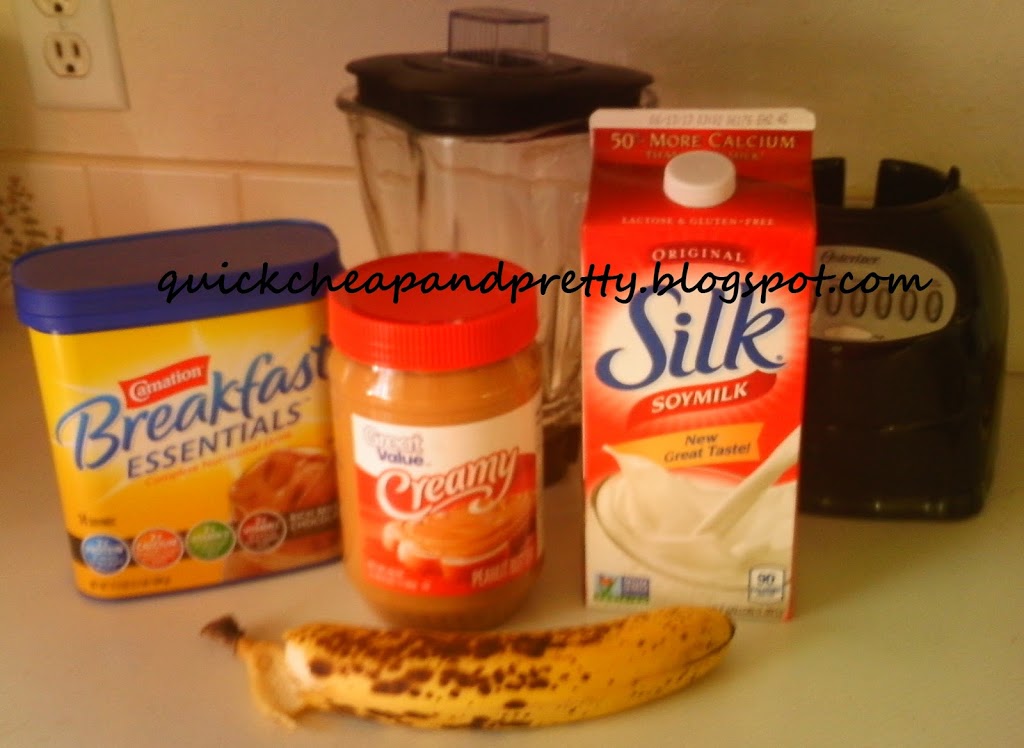 I posted the other day about making chocolate peanut butter banana soy protein shakes and Ambarina from Beauty Passionista asked for the recipe, so here it is!

Put all ingredients in the blender and blend well! Serves two. 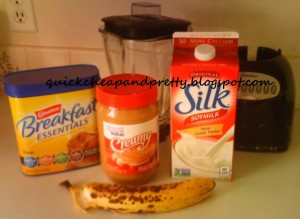 The calorie content for this shake should be around 350-400, depending on the protein powder you use. This seems really high when compared to the 200-calorie diet shakes sold at the grocery store, but keep in mind that those shakes are typically used in a meal plan where you have a 200-calorie snack every couple of hours. These shakes are meant as a true meal replacement for a day when you need energy and know you won’t be eating again for several hours. They pack nearly 20 grams of protein per serving, so they really fuel you up and leave you feeling full.

(I’m actually out of any higher-end protein powders right now because I’ve been too lazy to go shopping (!) but the one pictured, the Carnation breakfast mix, is pretty good and my hubby loves it. It does contain nonfat milk though so be warned of that if you’re trying to avoid dairy.)

Some other fun ways to fix up a summer smoothie: