1. So I wonder if Kim Kardashian found out that her baby daddy Kanye West was gay before or after they eloped to Paris? (Don’t freak out. Since these headlines came from In Touch Weekly and OK! Magazine respectively, I’m 99% sure they’re both utter nonsense.)

2. I’ve lost count, but I think the Kanye West rumors mark roughly the fifth of Kim’s “worst fears” that have been immortalized via tabloid headline, with the others being: getting fat, facing ex Kris Humphries in divorce court, getting fatter, and being dumped by her beau for being so fat. Harsh? Yes. But seriously, I have trouble feeling sorry for someone who seeks out the spotlight and then recoils under the harsh glare of rumors and criticism. You wanted it, and now you’ve got it.

3. On a more serious note: however you feel about Angelina Jolie, I think we can all agree that her decision to have a preventative double mastectomy and remove her ovaries following a positive BRCA gene test was incredibly brave–not to mention her decision to then write a full op-ed for The New York Times, going public with her story. It’s true that the story has opened up tons of debate about gene testing and the cost of health care in the U.S. but it’s a good start toward getting the discussion started and it will also hopefully help destigmatize this sort of preventive measure.

4. Also, I hope all those fashion bloggers who criticized her Jedi robe getup at the Women in the World Summit back in April feel like crap now, because if you do the math she was undergoing treatment at the time those photos were taken. (Just scroll down for some of the choice comments.) If I was told I had an 87% risk of developing breast cancer in my lifetime I would probably just be hiding in bed in my jammies; I would not be going out of the house for a Starbucks run, much less a global event liberally laced with photographers.

5. Cara Delevingne is just about the hottest thing to come out of Britain in, well, forever, which is all well and good for her, I guess. Her new lion finger tattoo is seriously badass but all I’ve got to say is, I hope this modeling thing works out for you and you never have to get a real job, because even the fast food joint where I worked in high school wouldn’t hire you with a visible tattoo like that.

6. If you somehow missed this news in your browser: Maxim magazine apparently chose Miley Cyrus as their “hottest woman alive”. Setting aside how I feel about these “hot 100” lists (stupid for so many reasons)…you cannot convince me that the best possible candidate these guys could possibly come up with for this post was Hannah Frickin’ Montana.

7. Thank goodness the people of Tumblr are here to put the a——s in their place. 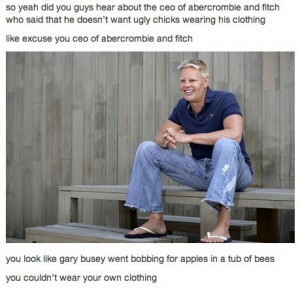 8. I haven’t heard of Taylor Swift dating anyone new since she broke up with Harry Styles, which was like a whole four months ago. Shouldn’t someone check to see if she’s dead?

9. So if Beyonce is really preggers with baby #2, do you think we’ll have another round of fake baby bump accusations? And what will the couple name Blue Ivy’s potential younger sibling?

10. Because I don’t want to leave you guys with nothing but snarky celeb gossip: this week 25-year-old Raha Moharrak became the first Saudi woman to successfully scale Mt. Everest. Her words to mark the momentous occasion? “I really don’t care about being the first…so long as it inspires someone else to be the second.” Hats off to her!