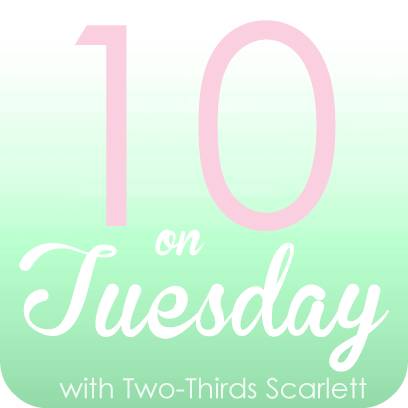 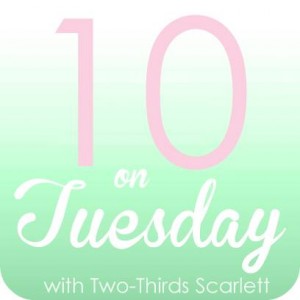 1. I have just not had an appetite all week. Nothing tastes good, not even chocolate! You know there’s a problem when chocolate is unappealing.

2. Anyone know where to buy vegan candy corn (if there is such a thing)? The harvest candy displays at the grocery store are driving me nuts, because I know I’ll want some by the end of October. It’s kind of a traditional snack, you know?

3. At Scarlett‘s recommendation I’m going to be picking up Night Visions (from Imagine Dragons) this week. I’ve got it queued up on Spotify now and I love it.

4. I’ve realized that I’m more fluent in sarcasm than English. This may prove to be problematic.

5. Am I the only one who really struggles to find skinny jeans that fit in the calves? I’ve always had problems with jeans that don’t fit through the butt, hips or thighs, but this is just ridiculous. I went on a jean spree with a girlfriend last week and I could barely get these pants past my ankles. I wasn’t sure if I should take this as a compliment that I have nice curvy calves or just throw the jeans across the dressing room in a fit of pique.

6. This and every week, in a single image.

7. I was flipping through the back of the September issue of Lucky and they have a special discount code for 30% off all NCLA lacquers through shopncla.com, good all the way through October 7! You can use the code “luckybreaks1” at checkout to save on your entire order of vegan and five-free lacquers and nail wraps. I’ve never tried this brand but Tashina from Logical Harmony raves about them all the time on her blog.

8. So for everyone who watched the VMAs–did the NSYNC reunion live up to your expectations? I missed it, BTW, so I have no opinion to offer, but I’ve heard from a few people that Justin Destiny’s Child-ed his old bandmates. (Clunkiest phrase ever, that.)

9. Has anyone seen The Mortal Instruments: City of Bones yet? Yay or nay? Worth reading the book?

10. So I tried to hang up curtains this week, and apparently there’s a heavy-duty frame around the window that prevents me from drilling fully into the wall above the window. I can drill in about half an inch, but no more, which means I can’t put in the wall anchors and screws to hold the curtain rods in the middle of the window–and it’s too long to just stretch a single rod all the way across (seriously, about nine feet). Any ideas?? Right now I’m thinking I may have to suspend the curtains from the ceiling to get what I want!