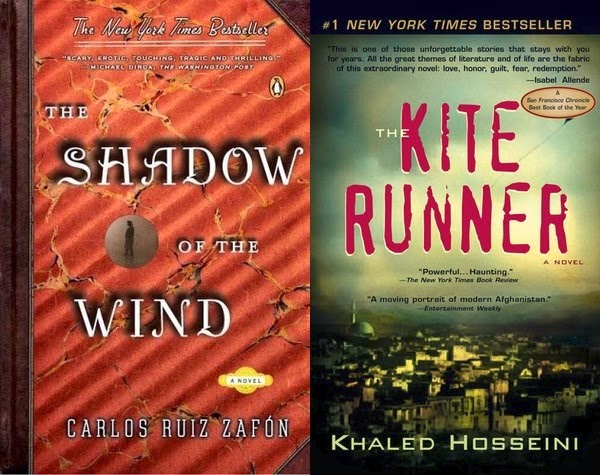 I did a terrible job of reading in July, and I have no excuses. I really don’t know why I didn’t read more. But here’s a look at the two books I did read: 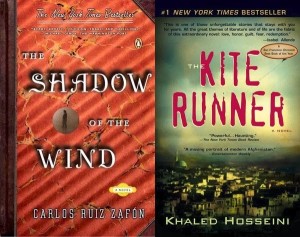 The Shadow of the Wind, by Carlos Ruiz Zafon (paperback, 512 pages). Four of five stars. This is the second time I’ve picked up a Spanish-language novel (the first being The Map of Time) and gotten sucked into a story that’s thoroughly bizarre and thoroughly entrancing. Maybe I need to look up more Spanish authors? Anyway–the story is set in 1945 Barcelona and has the moody patina of a vintage noir film; the narration is excellent and really brings the city and the characters to life in vivid color. A bookseller’s son named Daniel comes into the possession of a mysterious novel and finds himself on a collision course with a man who wants to destroy the book. Soon their fates become seemingly intertwined, with their separate stories of love and intrigue mirroring each other.

This book is a weird hybrid of horror, suspense and mystery. It has some pretty heavy themes of fate, death, obsession, revenge and redemption and it is very dark–and I do mean very dark. This seems to be a theme with European books and film, but I think I might prefer it to the American way of wrapping everything up with a bow and a happy ending. You might like it if you like books like The Girl With the Dragon Tattoo.

The Kite Runner, by Khaled Hosseini (paperback, 372 pages). Four of five stars. Hosseini’s books are full of brutal moments and they are not beach reads, by a long shot. But he’s an excellent writer and this story of two young boys growing up in pre-Soviet Afghanistan is hard to put down. I’ve noticed that people love to hit Hosseini over the head in reviews for being melodramatic but, um, that’s kind of the genre, is it not? I will say, though, that his books should come with trigger warnings for survivors of abuse, assault, and/or war trauma–he puts his characters through some pretty bad stuff. Just an FYI.

What have you read lately? Don’t forget to get in touch with me on Goodreads!