So, I just finished this book: Hush, Hush, by Becca Fitzpatrick (hardcover, 391 pages). And I was going to add it to my queue of monthly reviews, with a little paragraph or two of a review. And then…the longer I thought about it, the madder I got. And the more I felt the need to unleash my full thoughts on this book. So, if you don’t like rants, or don’t really care, I’ll totally understand if you skip this post.

Also: some bad language ahead, so consider yourself warned. I’ll put a page break here in case you want to keep scrolling. 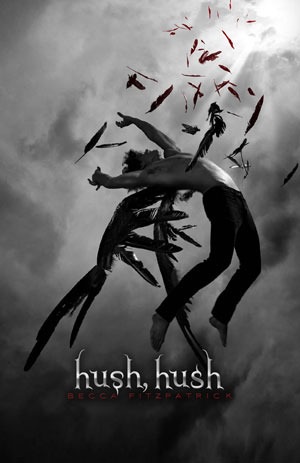 Not really any spoilers here, especially if you’ve read the book jacket or any other reviews…however if you know nothing about the story you might consider some points here spoiler-ish, so consider yourself warned. This one is getting a rather lengthy, wordy review also, because it just left such a bad taste in my mouth that I couldn’t let it go without putting it on paper. So here goes:

I picked up Hush, Hush for the cover–a beautiful one, I might add, and one that probably sold a lot ot copies on sight alone. The premise is intriguing: a girl falls in love with a boy who turns out to be a fallen angel. She’s both attracted to him and wary of his dark side, and unsure if he means her harm or will protect her. I saw some really negative reviews of this book but also saw some really, really raving reviews, so I wasn’t sure whether I’d love it or hate it. However, I had an inkling going in that I might dislike it, since someone compared it to Twilight. So let me tell you flat out: if, like me, you felt queasy about Edward and Bella’s skewed relationship in Twilight, and all of the ways Edward came off as controlling, stalker-ish or otherwise abusive–this book will leave you downright nauseous.

Patch, the fallen angel, is such a jerk that he makes Edward Cullen look like a romantic gentleman. I get the “bad boy” character. I get that Patch is supposed to be a bad guy at the start of the book, so he isn’t going to be an angel (har, har) to the heroine. I am actually a huge fan of characters that are a mix of bad and good, or present themselves as an antihero–some of my favorite characters of all time are “bad guys”, like Tyrion Lannister or Artemis Entreri. However, the key to pulling this off is balance. Your character needs some good qualities to compensate for the bad and keep the reader cheering for him.

Patch lacks this balance. Scratch that: the author tried as hard as she could to make him as creepy and malicious as possible, and the only redeeming quality he has to balance his badness is that he’s hot and sexy. Sexy eyes and sexy abs do not make up for the number of inappropriate, threatening, and otherwise malicious things this characters says and does throughout the book.

As if this isn’t bad enough, our “heroine” Nora constantly and repeatedly THROUGHOUT THE BOOK tells herself that Patch is creepy, that she’s frightened of him, and even at one point that she thinks he might want to friggin’ rape and murder her. Keep in mind, she’s also being stalked, and she knows for a fact (because he said so!) that Patch has been stalking her. And yet…even as she tells herself she’s scared of this person, she decides she’s falling in love with him because AYYYYYYYYYY HE’S SO SEXY.

*crickets* *stomping and flailing of arms*

It gets worse! (Oh yes!) Not only is Nora telling herself that she’s in love with her stalker/potential killer, she is actually willing to spend tons and tons of time alone with this guy, even though (repeat) she’s scared of him and what he’ll do to her. And she should be: I lost count of the number of times Patch physically pins her to walls, corners her, kisses/and or gropes her against her will, etc. He also threatens her with knives and pushes her into other physically dangerous situations. And ALL THE DAMN TIME, even as Nora frets, asks him to stop, and reiterates to herself that she’s scared of this guy–she KEEPS COMING BACK TO HIM and getting sucked into the current of falling in “love” with him, because AYYYYYYYYYY HE’S SO SEXY.

YA authors, and authors in general: get your shit together. Stalking is not sexy. Verbal and physical threats, harassment and intimidation are not sexy. Making someone fear for their life is not sexy. PATCH IS NOT SEXY. He’s a big ball of psycho, violence and creepiness in a conveniently sexy human body. Patch is that guy you cross the street to avoid, not casually cook tacos with in your kitchen. If someone makes comments that make you physically threatened, corners you in dark alleys, drags you around and/or otherwise intimidates you, you TELL SOMEONE. You tell your mother, the police, the decent guy in the story who pops up and gallantly offers to help you…you don’t follow Creepazoid like a lamb to the slaughter and tell yourself it’s love. If you ever catch yourself thinking that possibly someone means to rape and kill you, you don’t fucking follow them wherever they lead. Psychotic behavior is not excusable just because AYYYYYYYYY the person is hot.

I am sick to death of YA authors perpetuating this idea that if a guy treats you like crap and/or threatens you with harm, he must just be a “bad boy” in need of taming. That’s not love. That’s not respect. That’s not sexy. There are rebellious guys who ride motorcycles and play pool at bars and wear all black and will respect you as the human being that you are. Patch is not one of these guys. And yeah, I know, this is hardly the first (or the last) book to trot out this type of Stockholm Syndrome for the hero and heroine, and I’m not the first (or the last) person to complain at length about it. This was just one of the more blatant examples I’ve seen–actually, it was so so so bad, I was really shocked someone approved this for publication. Edward, where are you? I’ve changed my mind, you’re not nearly so bad after all.

If you simply must crush on a character who’s mysterious and sexy and has a dark side, but also proves themselves worthwhile in the end, why not one of these? 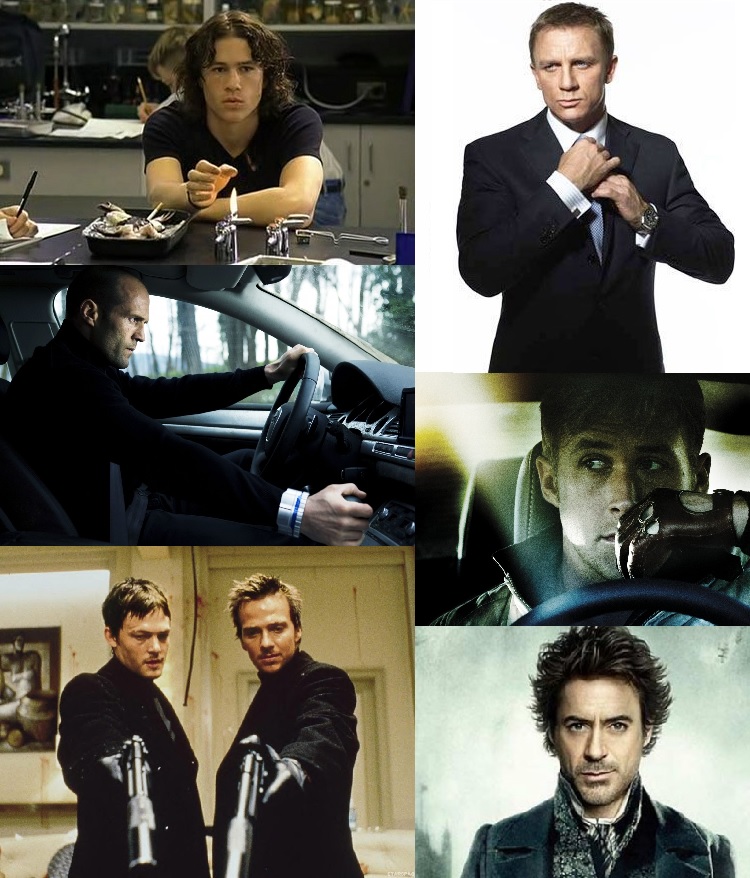 There are lots of other things that make this book crappy, aside from the borderline sexual violence. Nora is a whiny, bratty, helpless excuse for a heroine. Her so-called best friend Vee is a jerk. The girls make fun of another character in the book by calling her a slut and making fun of her apparent anorexia. There’s almost a hint of Taylor Swift in there: Nora has untamed hair and doesn’t wear makeup and dresses in jeans and plain sweaters, while this other girl wears “too short” skirts and a ton of makeup; try to guess which one is the “good girl”. I would be the number one person to stand up and encourage a teenager to be comfortable as she is, but not at the expense of someone else, and not by slut-shaming and mocking an eating disorder.

Last on the list, the writing is just really “meh”. Too many minute descriptions, choppy writing, unrealistic dialogue and/or situations at school…and seriously, Patch’s clothes are forever burned into my memory. Black tee, black boots, black jeans. I think I was reminded of his clothes at least a half dozen times throughout the book. Overkill, Ms. Fitzgerald! There’s a lot of cheesiness and melodrama throughout, and when the character arcs abruptly shift at the end of the book, it’s too much too fast but also too little too late. I can’t accept Patch as a good guy…even though Nora apparently can.

I can honestly see the faint trail of what might have been a really really interesting book: an antihero with a dark secret. A girl in love. A mystery that could get one or more characters killed. A supernatural angle that hopelessly entangles the fates of the two lead characters. But it’s like Fitzgerald just didn’t know what kind of story she wanted to write, so she took the Stockholm Twilight model and amplified it times 1,000, added in some freshman-level prose and unlikable, dumb as dirt characters, and wrapped it up with a big ol’ batshit crazy bow. I feel like I need to Lysol my whole brain now.

So seriously, enough with this nonsense. I limped on through to the end of the book because I really hate to write a harsh review without reading the whole thing cover to cover (I think that’s fair) and because I had the feeble hope there would be something redeeming toward the end (but there wasn’t–big surprise). I’d like to say I care enough about the series to find out how it ends via Googling but I don’t. I just don’t. Hopefully my brain will produce some sort of protective post-traumatic fog to block out the awfulness that is this book.