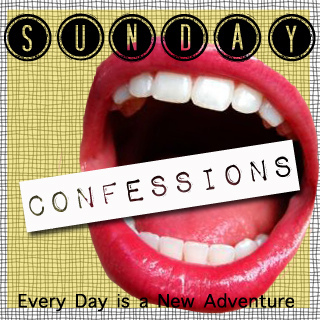 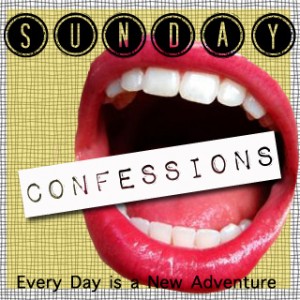 I can’t believe another week has gone by already! This one really flew. And the next one is bound to fly by too, since I agreed to work on one of my days off. Ugh. My big mouth!

Anyway, since it’s Sunday again already it’s time to link up with Alyx for Sunday Confessions. I didn’t have a lot of time to get into mischief this week but I do have to confess that…

1. I spent most of the past few days blowing off housework and blogging to curl up on the couch with a stack of novels.

3. As much as I love animals, I’m slightly freaked out by my friend’s new Thai Water Dragon. It’s supposed to wind up being 18 inches long! I just can’t get into reptiles.

4. I hate to ask for favors, but would you pretty please mind voting for my friend Jamie’s cat Taylor to win a photo contest? Milo’s Sanctuary is a rescue devoted to cats with special needs, and they’re currently holding a photo calender contest–if Taylor is one of the top twelve cats he will get a spot in the 2014 calender. I know that doesn’t sound like a huge deal, but he almost died this year after emergency stomach surgery and it’s been quite the source of stress for his momma (as any pet owner can imagine!), so it would be pretty awesome if he got a spot on the calender. :) You can vote daily here through September 20th (you’ll have to to “like” the Milo’s Sanctuary page first).

What do you have to confess this week?