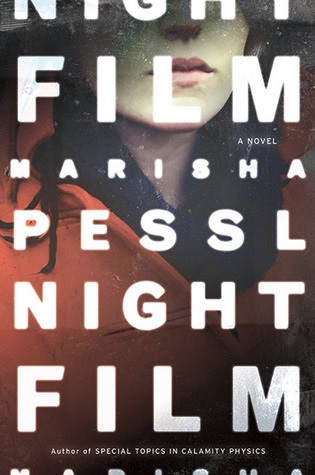 I hope I won’t disappoint anyone by saying that I only read ten books this month, and one was left unfinished. Gasp. I’m slacking! Actually, I was just super-busy with work and the holidays, so reading kind of fell to the side. Nonetheless, here’s a rundown of what I did finish, starting with my five-star book pick of the month: 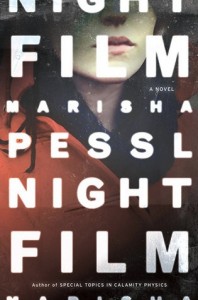 Night Film, by Marisha Pessl (hardcover, 602 pages). Five out of five stars. I picked up this book based on the cover, and not knowing at all what to expect. In short, it blew me away. I had to think about it for a while after I finished it before deciding to give it five stars, because I wasn’t sure how I felt about the ending, but now I think it’s really just perfection from start to end: creepy, dark, and always tinged with that air of a possible mental breakdown for the protagonist that leaves you wondering whether his narrative is trustworthy. The photos sprinkled throughout really enhance the creepy vibe of the story. (Side note: this seems to be a “thing” of late but I haven’t seen it used so effectively until now.) I don’t usually like horror but this horror/mystery/thriller hybrid really won me over.

More books I read this month: 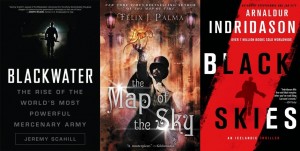 Blackwater: The Rise of the World’s Most Powerful Mercenary Army, by Jeremy Scahill (hardcover, 480 pages). Four out of five stars. I suppose the mystery fan in me likes exposes because they are, in a sense, unraveling a mystery. Also, I was still a teen when the whole Blackwater/Iraq thing blew up, so I wasn’t paying a lot of attention to news at the time, and revisiting it all now was really interesting, to say the least. I feel like Scahill does a really good job digging into the backstory of Blackwater and how the firm’s presence in Iraq has changed the political and moral implications of private soldiers not just in that country, but in other countries and in future conflicts around the world.

The Map of the Sky, by Felix J. Palma (hardcover, 594 pages). Four out of five stars. This is the second book in the Trilogia Victoriana and as I loved the first, I was a little worried that the second might let me down. Well, if anything, it just got even better. However, I do have to say that reading these books requires Inception levels of patience: the plot lines interweave, rewind, jump forward, start over, and twist around so much that by the end of the book, you’ll either be furrowing your brow in frustration or clapping in amazement. I knock off one star because I think the writing style, which mimics Victorian serial dramas of the day, could really be a turn-off to some people and/or leave them really confused as to what’s going on in the book. And also, I will admit: the plot can move really slowly at times. But if you’re patient and have an open mind about how a story “should” be written, there’s a real treat waiting here for you.

Black Skies, by Arnaldur Indridason (hardcover, 336 pages). Four out of five stars. What made this book so interesting is that it steps away from Inspector Erlendur and instead follows one of his partners, Sigurdur Oli. And I do not like Sigurdur Oli! I never cared for him as a character in the other books, so it was really interesting to see how the author made a fairly unlikable person the lead character and managed to make you hate him and cheer for him at the same time. 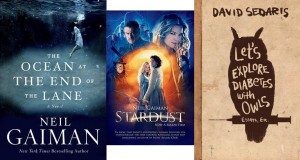 The Ocean at the End of the Lane, by Neil Gaiman (hardcover, 181 pages). Three out of five stars. My Gaiman kick continues. I think part of the magic of Gaiman is that he can write horror/fantasy in such a way that you sort of absorb it without thinking too much about it and don’t really dwell on what he was saying until after the fact. Not a lot of writers can make such simple stories stick with you that way. I liked this one because it’s so easy to see it two ways–as a series of horrific things that happened, or as a series of ordinary things turned into horror by an over-imaginative little boy. The fine blending of those two possibilities is probably the most unsettling thing about the story.

Stardust, by Neil Gaiman (paperback, 196 pages). Three out of five stars. This is a little more light-hearted than some of Gaiman’s other books. I haven’t seen the movie but I liked this as a nice fantasy break from some of the thicker books I read this month.

Let’s Explore Diabetes With Owls, by David Sedaris (hardcover, 275 pages). Three out of five stars. I expected more from this book, but I’m not sure what–more biting humor? More witty one-liners? More wildly inappropriate laugh-out-loud anecdotes? There are some to be sure, but lots of the essays are just kind of mildly amusing. I still really enjoyed the book, it just wasn’t the snort-fest I’d hoped for. 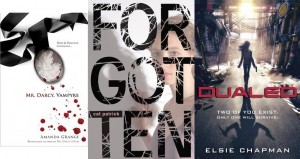 Mr. Darcy, Vampyre, by Amanda Grange (paperback, 308 pages).  Three out of five stars. I read this because a) Mr. Darcy, b) vampires and c) Mr. Darcy. Sorry to be that girl, but I am. I was hoping this would be scarier and a little more risque–I wanted vampire fights! International intrigue! Romance! Horror! But the whole thing was kind of so-so; it was very PG and none of the plot twists really felt unexpected. I will say this about Grange: she has the ability to write out a scene, a landscape, an object, anything at all really so that you can see it right in front of you. Following Mr. Darcy and Elizabeth around Europe was fun for that reason, ho-hum story aside.
Forgotten, by Cat Patrick (hardcover, 304 pages). Two out of five stars. Really interesting concept–girl can only remember forward, not backward–but really so-so execution. I wanted this to have a cooler explanation and resolution than it did.
Dualed, by Elsie Chapman (hardcover, 292 pages). Not finished; probably two out of five stars. I guess you could say I have a Hunger Games hangover; I keep searching for its successor and failing to be satisfied. I wanted to like this book, which has a pretty cool concept, but I just couldn’t get into it. Fifty pages in I gave up and shelved it, as I have a huge stack of other library books to read, plus tons of Christmas books from friends and family that I’m eager to dig into!
So that’s it for my December book list! What did you read this month? If you do a similar post leave me a link in the comments so I can come check it out, and don’t forget to hook up with me on Goodreads here!