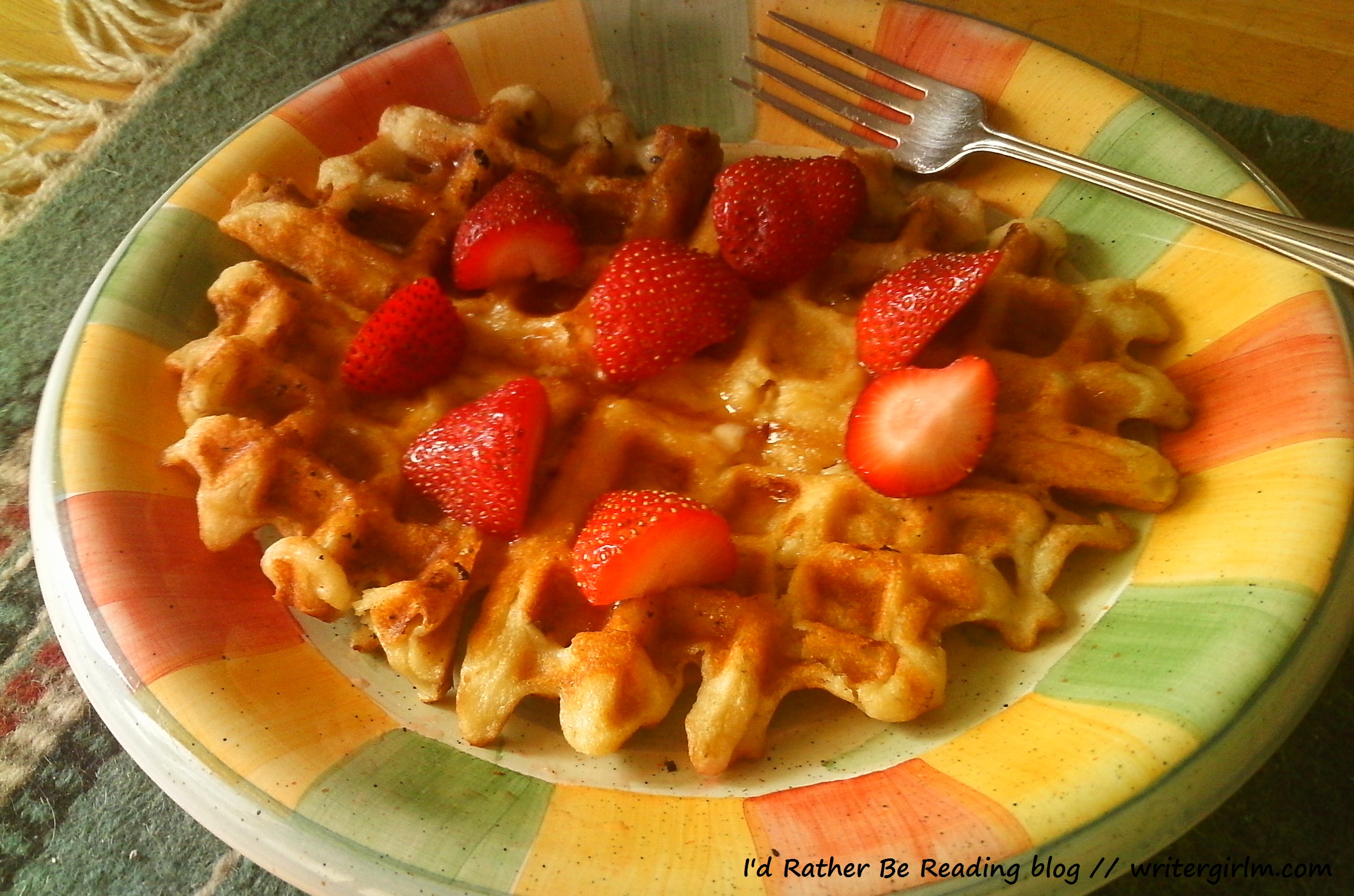 Egg-less waffles are a bit of a challenge, and while I won’t claim that these waffles are as light and fluffy as a feather, they do a pretty good job of imitating regular ol’ waffles for those of us who don’t eat eggs or don’t want to run to the store in a pinch. I’m still tweaking my recipe, so you might see an updated version on the blog in the future, but for now this is how I make waffles that aren’t tough and won’t stick to the waffle iron like some of my older eggless versions tended to do.

Mist a hot waffle iron with non-stick cooking spray and pour in the batter, about 3/4 cup at a time. (The amount will depend on the size of the waffle iron that you’re using.) Cook until there is no longer steam escaping from the waffle iron or until the waffle is nicely browned and slightly crispy at the edges (about five minutes). Serve topped with butter, syrup and sliced strawberries. Enjoy!