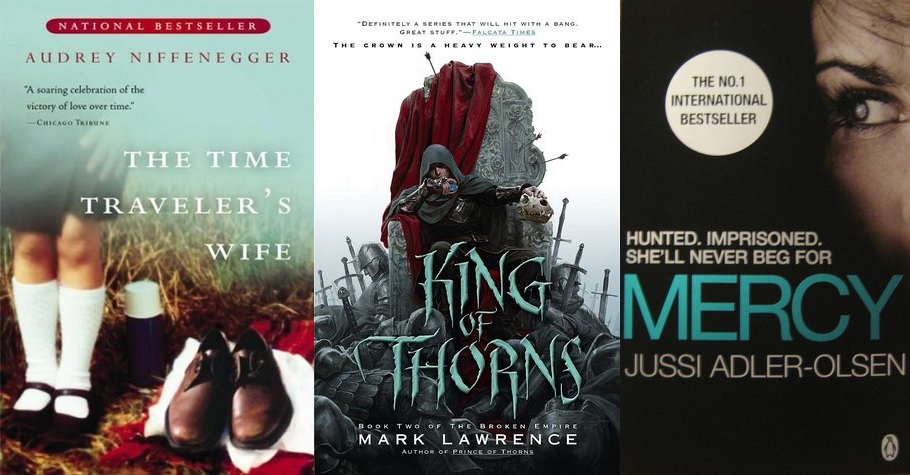 The Time Traveler’s Wife, by Audrey Niffenegger (paperback, 546 pages). Four out of five stars. This is one of those cases where the movie is far superior to the book, and that’s saying a lot, because the book is really good. It’s also just kind of weird in spots where it’s dealing with the meshing of Henry’s time-traveling with Claire’s linear lifespan.

King of Thorns (The Broken Empire #2), by Mark Lawrence (hardcover, 449 pages). Three out of five stars. A big improvement over the first book in the trilogy and a great middle chapter, but I’m really wondering where Lawrence is going with the story and some of the fantasy elements therein. If he’s getting ready to pull off a really cool trick in the third book then I’m all for it, but if they turn out to be a distracting gimmick then I’ll be sorely disappointed.

Mercy (Department Q #1), by Jussi Adler-Olsen (paperback, 512 pages). Four out of five stars. Published in the U.S. as The Keeper of Lost Causes. This was a very tense cold case thriller, sent to me by my book-loving friend Katrin for my birthday! I would have finished it in one sitting but around 2 AM I was just too tired and I had to put it down for a nap. 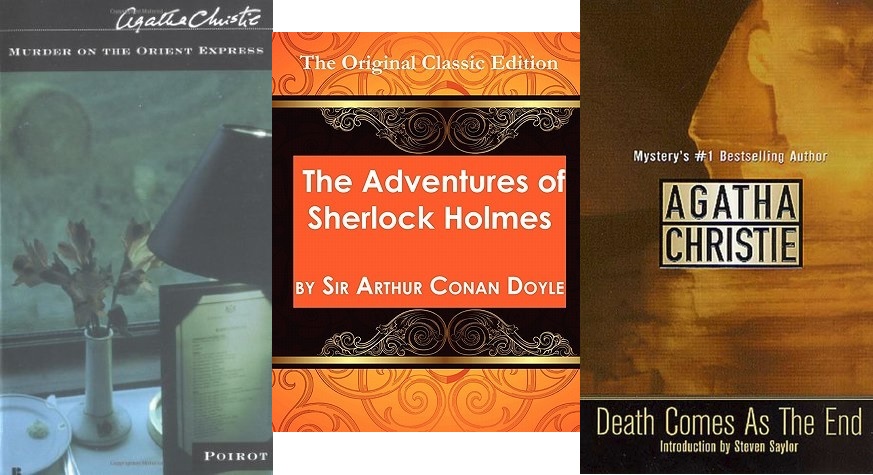 Murder on the Orient Express, by Agatha Christie (paperback, 322 pages). Four out of five stars. Hercule Poirot solves a murder that takes place aboard a stranded train with a large cast of suspects. I was in a bit of a reading slump and Christie always hits the spot in those times, so I was pretty thrilled to find this at the used bookstore for $1!

The Adventures of Sherlock Holmes, by Sir Arthur Conan Doyle (Kindle edition, 104 pages). Five out of five stars. This was a free Kindle book that I downloaded some time ago and then just kind of neglected. I love Sherlock’s deductive reasoning.

Death Comes as the End, by Agatha Christie (paperback, 288 pages). Three out of five stars. This was a good mystery, I just struggled with the overall tone of the book. Christie was best at writing cozy British detective fiction; a historical murder mystery is wildly different from the bulk of her work and the difference shows in her writing. The tone and style just don’t fit the ancient Egyptian setting. But as I said, still a good mystery–I wasn’t able to guess the murderer, so that always counts for something!