How do you say goodbye to your best friend?

Somehow I don’t think I’ve ever written down the story of how Max came to be my cat, and I his owner. I can’t believe seven years flew by as quickly as they did, and they were way too short. Max finally lost a long battle with ill health this week and I thought writing about him might help me a little while I try to deal with this loss. 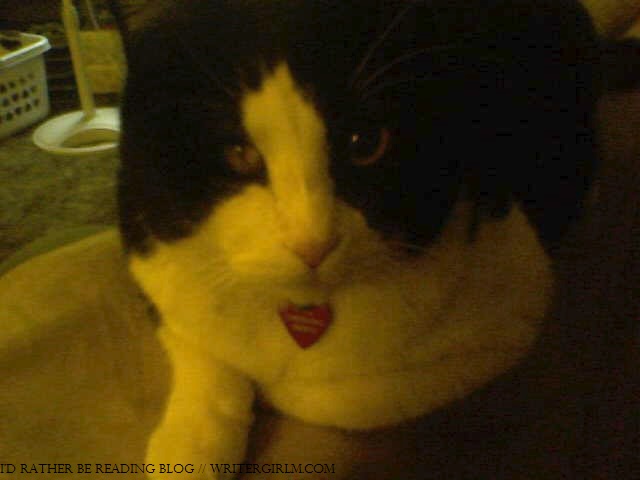 Max was my constant companion since age eighteen. When we found each other we were both in a bad place. I’d just gotten out of a toxic relationship and my self-worth, not to mention my optimism about life, was at an all-time low. One day I went out the front door of my apartment to find this skinny, dirty cat trying to get at some Cheetos that the neighbors had spilled on the sidewalk; only, he couldn’t eat them because there were too many ants. He was clearly starving and frightened, and ran away. 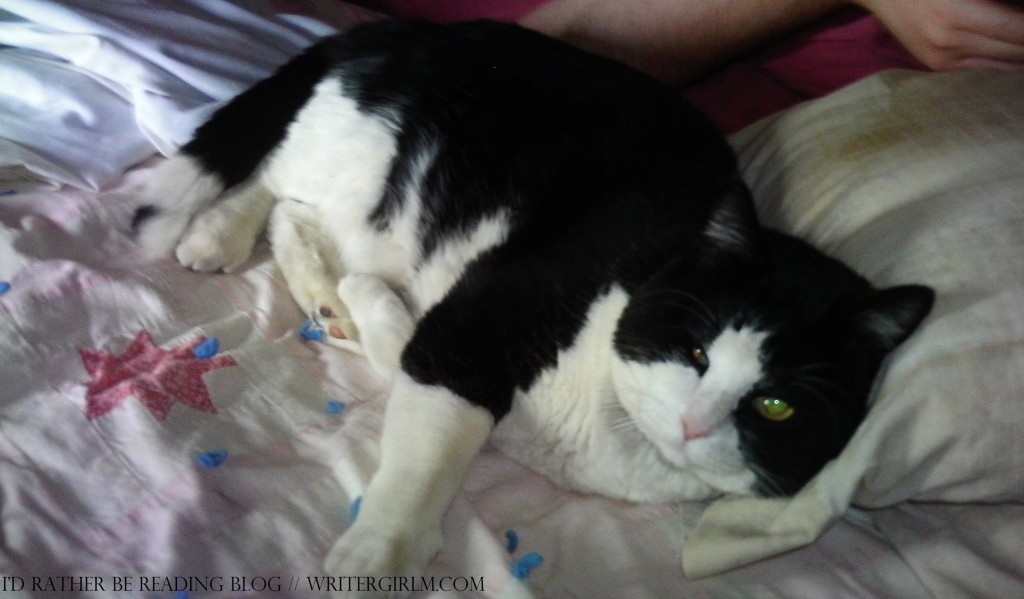 Later, though, he came back. At the time I had another cat and this dirty little creature kept following my cat home, knowing there might be scraps of food left out on the porch to eat. Eventually, with a lot of patience, I got him to eat with me nearby, and finally to come in the house. From there it was a bath, a trip to the vet, and teaching him to not be so scared of people. I later learned that his previous owners abandoned him when they moved away and judging from his appearance and behavior they probably weren’t very kind to him in the first place. 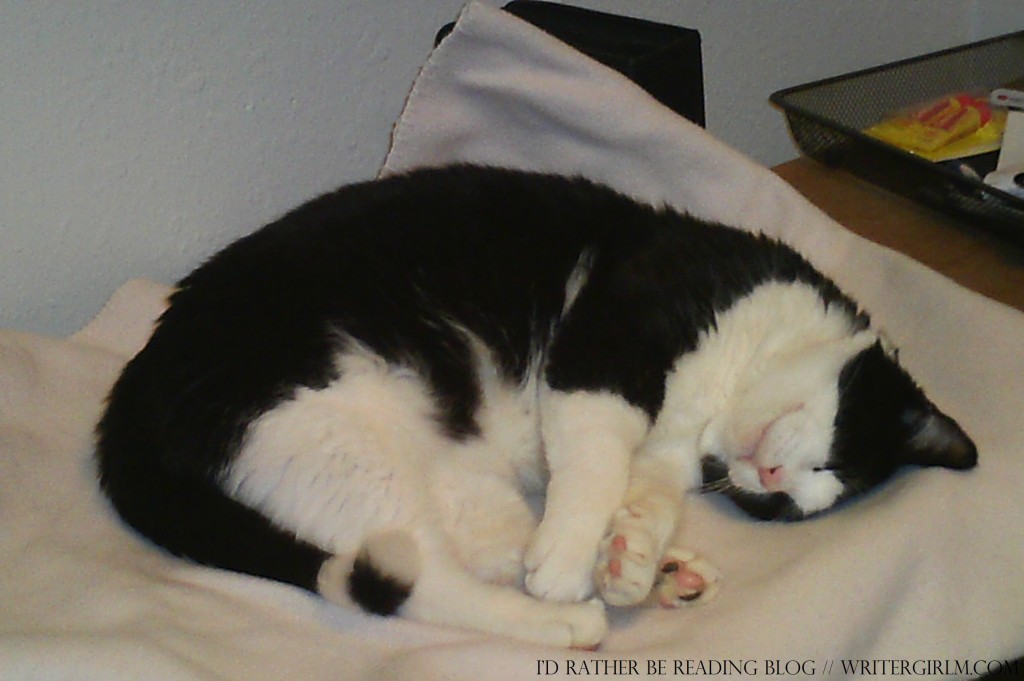 At the time I still wasn’t sure I wanted to be tied down with pets, so when I moved that year I tried to find someone to take the cats. The first kitty was a pretty orange tabby and so he was easy to place with a happy new owner. But no one saw anything cute about Max. He was still skinny and he only had one good eye. I decided to hang on to him (only for a while, I told myself), he settled in, and the rest, as they say, is history. 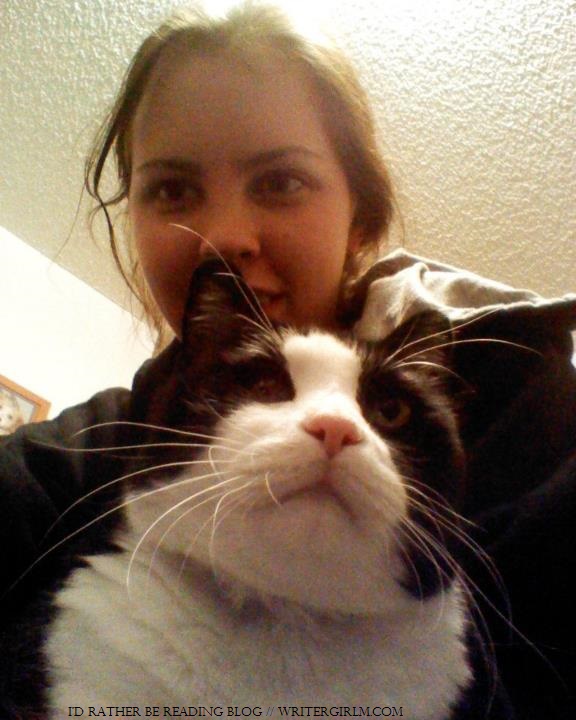 We had a pretty good run of it for several years. Then, about four years ago, he got horribly sick and had to be taken to the vet, where we learned that he was diabetic. We bought special food and learned to give him twice-daily insulin shots, and for a while we managed pretty well. A couple of years ago he got terribly sick and collapsed, and had to stay at the vet hospital for a week in December, the result of complications from his diabetes, but he bounced back to normal and we brought him home again relieved that there was no major damage done. 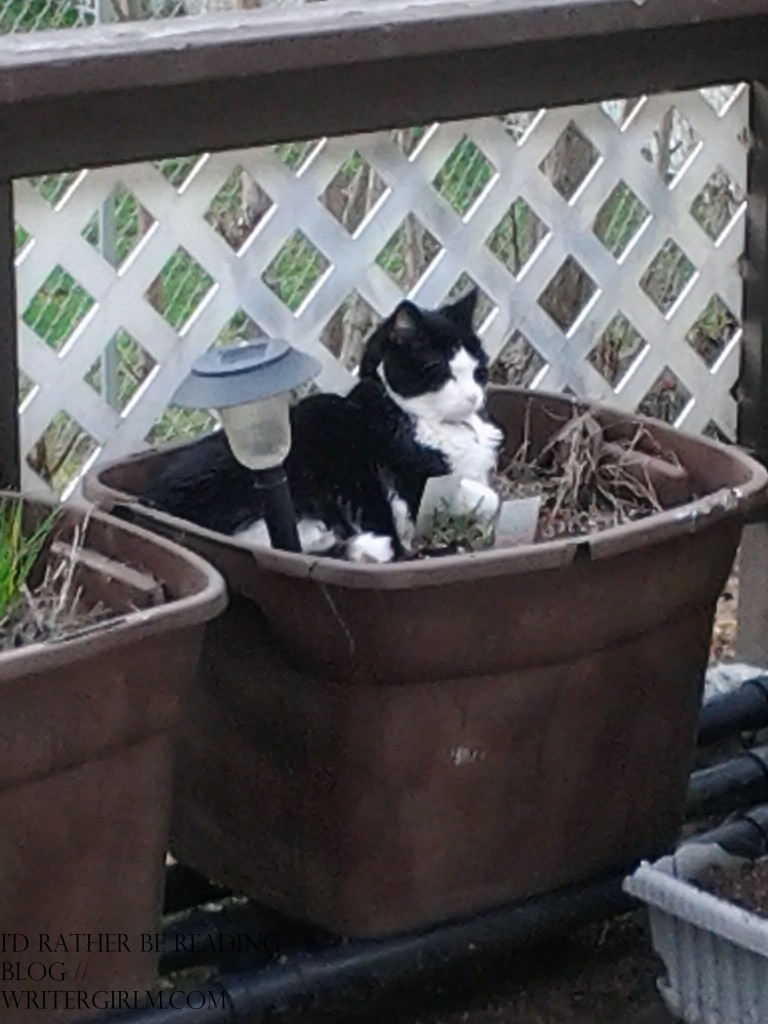 This winter, however, he started going downhill again. He lost his appetite and lost some weight, but since he was nearing ten years old and had some dental issues, it didn’t seem like a major cause for concern–just a bump in the road. In May, he abruptly stopped eating and we rushed him in to the vet to learn that his kidneys were failing, his white blood cell count had shot up and his glucose was through the roof. It seemed like he was a goner, but after a long week of intensive care, he seemed to have bounced back. His blood sugar was still high but since he was eating and drinking normally and had energy, the plan was to send him home with a different type of insulin and do a couple of glucose curves in the ensuing weeks to see what new dosage might work for him. 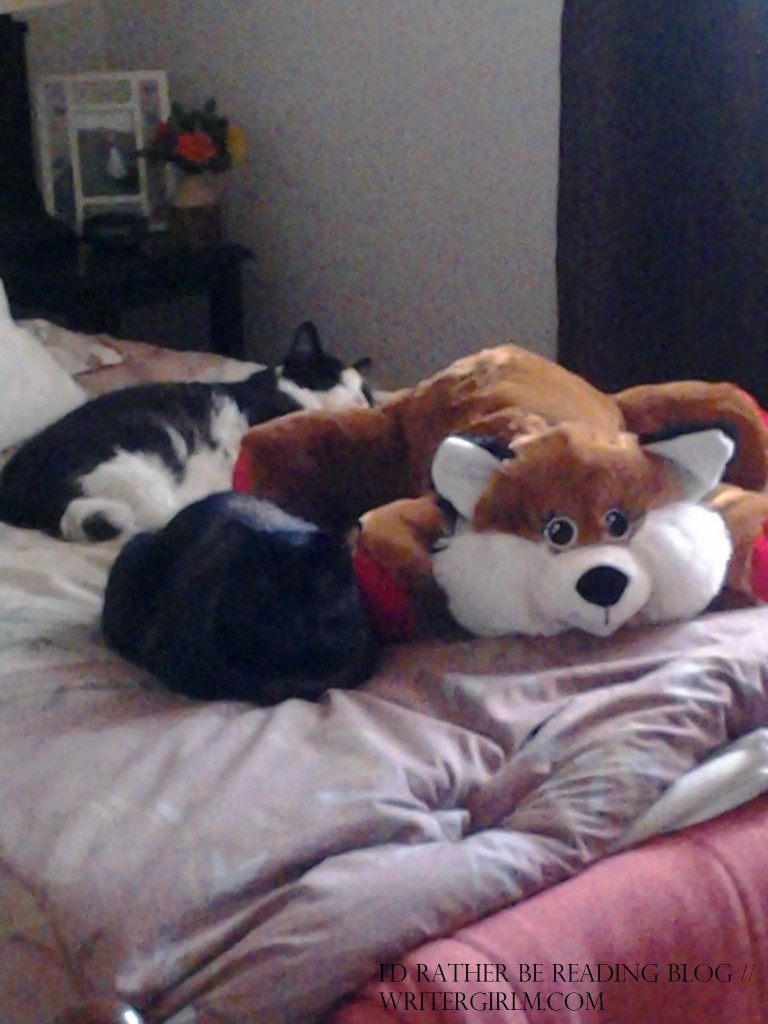 That was okay for the first week, but then he started going downhill again. The weeks that should have been about his recovery turned into a back-and-forth with the vet’s office, trying to figure out what was wrong. He had to go into emergency care again at the beginning of this week and after running a series of x-rays and tests the vet determined that he had advanced pancreatitis. He had also seemingly become insulin-resistant, and the double whammy was taking too high of a toll on his body. 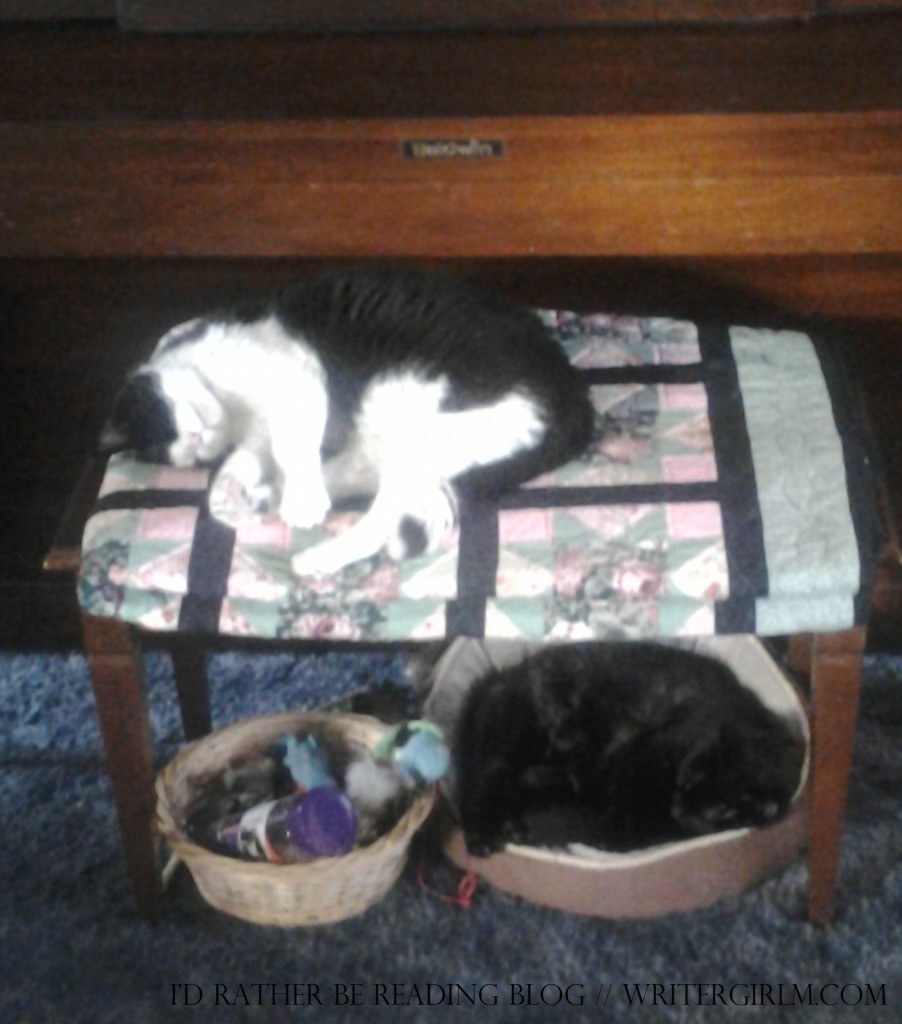 He’d already deteriorated so much over the past month but just in the space of a few short days he slipped even further downhill. He wasn’t responding to medications or treatments at all. By the time we sat down to talk to the vet on Thursday morning it was clear that all that was left was dragging out the treatment period in the slim hope of a miracle change. While we sat in the exam room he lay on the table struggling to breathe and making sad little sounds and watching us. The expression on his face was heartbreaking; it was if he was trying to say, “Please, I’m so tired. I’ve fought so hard but please don’t make me keep doing this. I just want to rest.” 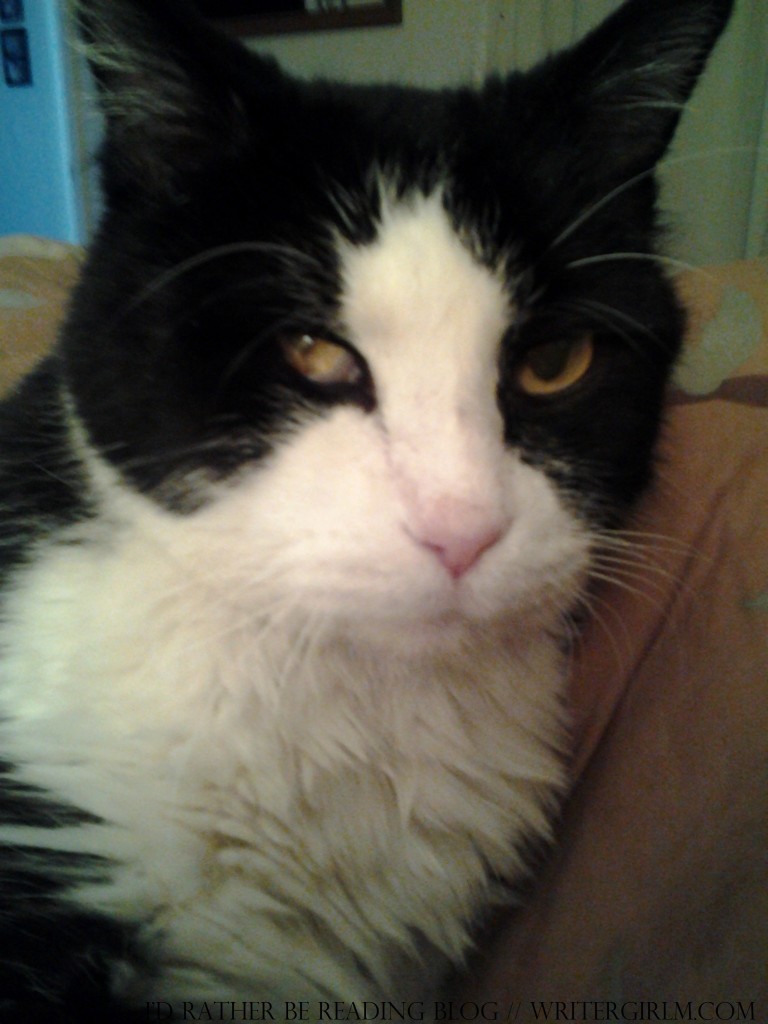 We talked it over with the vet and finally made our decision, and when he left to get his supplies Max just grew so calm. His breathing wasn’t agitated, he wasn’t acting distressed, he just lay there looking at me so peacefully. The expression on his face was almost grateful, which sounds weird, but it’s like he understood every word and he approved. I think animals know when it’s their time and he knew it was his time long before we did, but we kept fighting it. But I can’t be selfish and keep an animal alive on an IV drip of calories and meds, lying in a cage struggling to breathe and unwilling to eat, being sick and sad and scared, and I didn’t want to fight it anymore when it was clear Max had already stopped fighting a long time ago. 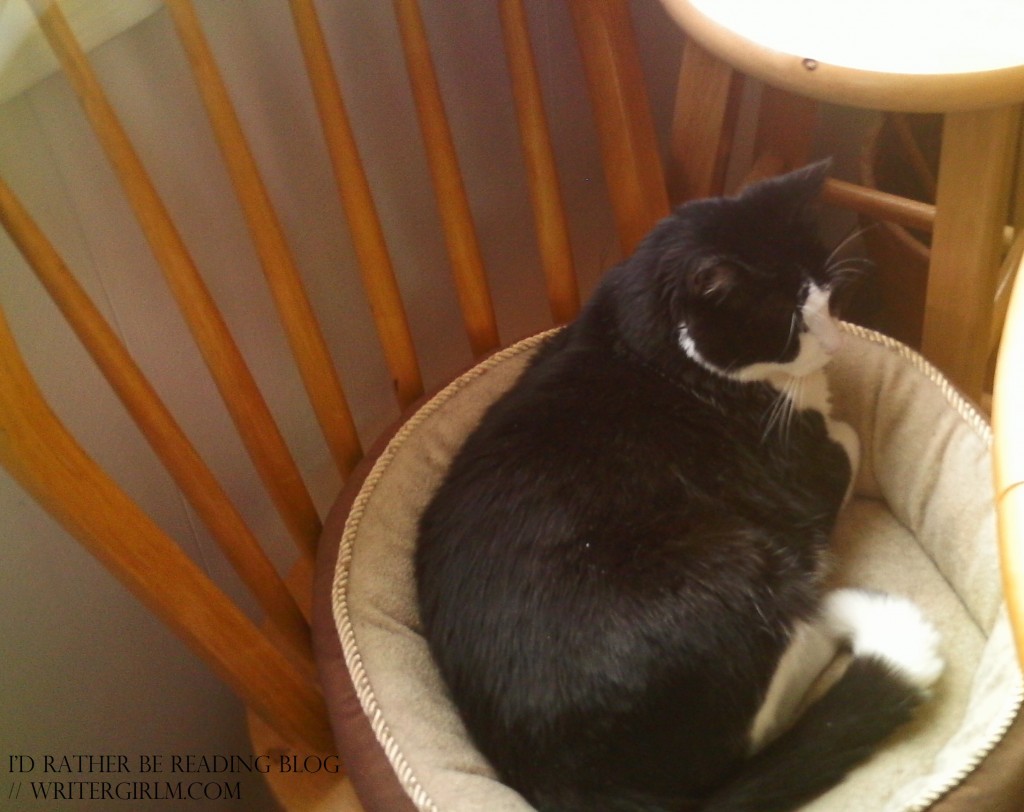 The vet came back and gave him the injection while we held him, and he simply laid his head down and was still. It was so quick. Afterward we sat for a while, crying too hard to leave. Our vets are the best in the world and they have been so kind throughout Max’s years of health problems, and especially at the end. It’s so hard to have a sick pet but I’m so grateful to them for treating him like their own and caring for him so gently in his last months. 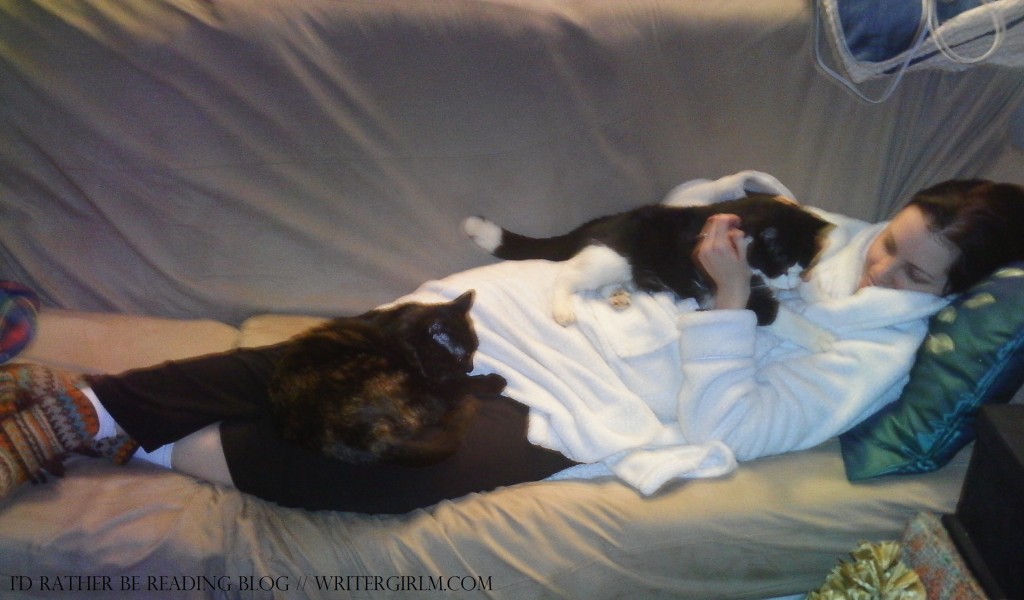 I know a lot of people choose a merciful ending for a sick pet and are able to peacefully move on with the knowledge that their pet is no longer suffering, and obviously with Max’s age and health we knew this day would come sooner rather than later, but saying goodbye to him has been harder than anything I’ve ever imagined. He wasn’t just a cat, he was my best friend. Taking him in and healing him also healed me. He was there every morning when I came home from work, slept on my pillow every night, and cuddled me while I read in our favorite chair. He loved me even when I was crabby. He was so sensitive and intelligent and he seemed to really understand things more so than a regular animal. He was definitely one in a million. I loved him so much and I know he loved me back. 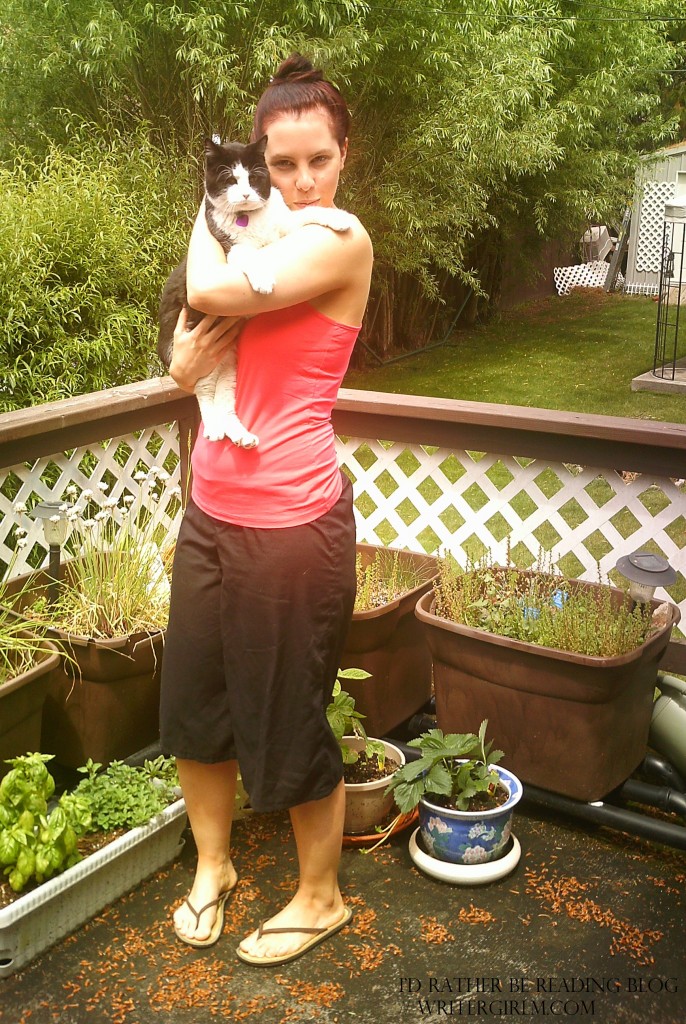 I still can’t wrap my head around the fact that he’s truly gone and will never give me another cuddle or head boop. It feels like a piece of my heart has been ripped out. Every time I remember that this is it, it’s truly over, I choke. Every time I hear Jiao’s collar bell jingle I think he’s coming to say hello, and then it hits me that he’s gone. When I crawl into bed he isn’t there to snuggle. Jiao is upset too; her buddy isn’t there to explore the yard with her or play in the evening while we all relax in the living room. 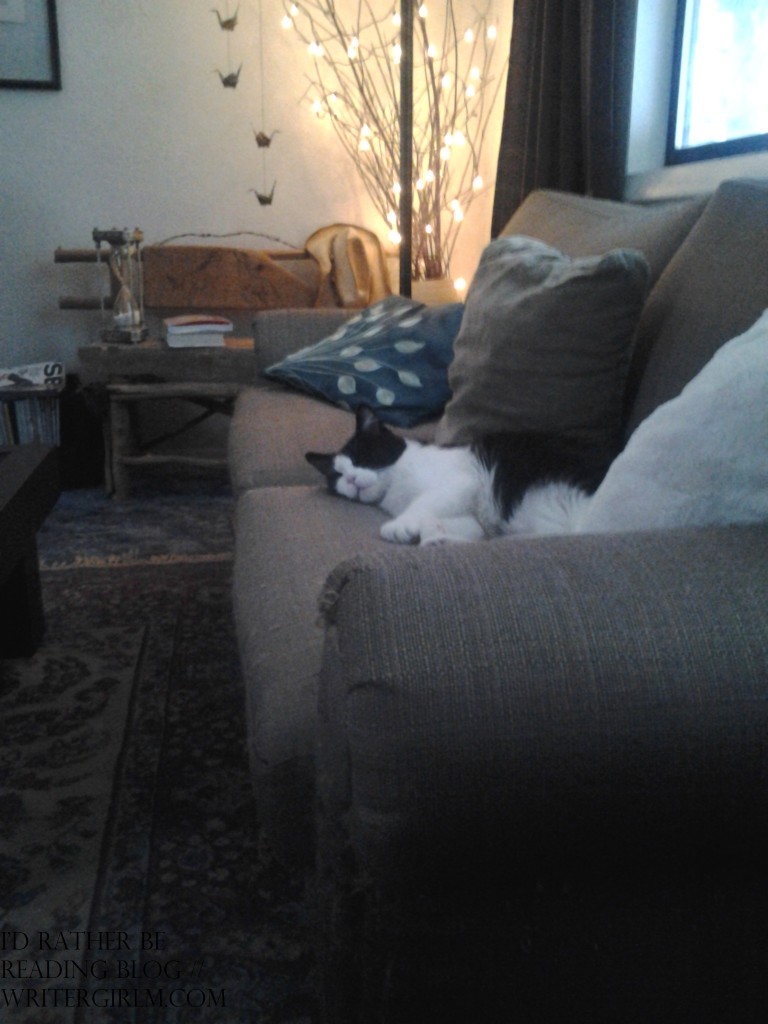 And all of the pain is only made worse by the lingering guilt and what-ifs. Why didn’t I take more chances to cuddle him and accept his love, rather than selfishly going about my day? Was the thing I was doing really so important? Last Friday I was pumped with summer plans; a week later none of them even matter. And why, oh why, did I have to bemoan my inability to travel or make plans freely because I needed to be there at 8am and 8pm every day for his meds? I feel like an asshole. If we’d caught it sooner, could we have treated it? Was there some other path that might have kept him with us a while longer? Did we make the right choice at the end? This is just making the loss even harder, because I have to second-guess my own actions. I only ever wanted the best for him. I tried so hard to give it to him and to make sure he knew how much he was loved.

One of my friends sent me a copy of the Rainbow Bridge poem and it made me think of this clip. I’m trying so hard to accept that there was nothing else we could do and that he’s in a better place now, running free with the other animals, no longer sick or hurting. I would give so much for just a little more time, a few more snuggles, and knowing there are no more is like a punch in the gut. I will miss him so much more than I can ever put into words. My best friend is gone and I don’t even know how to cope right now; it’s just so sudden and so horribly permanent, and my heart hurts too much.