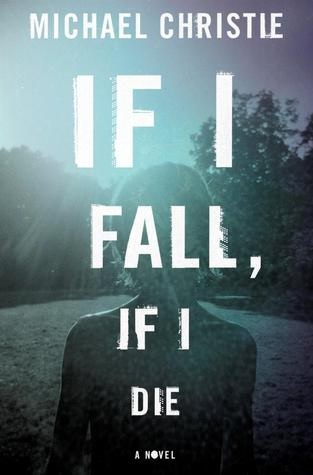 (Disclosure: I received a copy of this title from Blogging For Books for review.)

I actually read this book back in May, and somehow never got around to posting a review on the blog until now.

If I Fall, If I Die is one of those odd books that isn’t really YA, even though the bulk of the book features young adults as the main characters. This can make it a bit misleading at first since the blurb makes it seem like another YA coming-of-age story, when in reality, it’s a pretty heavy story that probably wouldn’t “click” with anyone who wasn’t old enough to have experienced a bit of the world. With themes of depression, phobias, and death, it’s definitely not a lightweight volume, but if you can accept that, you’ll be rewarded with a unique and poetic story.

Our main character is Will, a twelve-year-old boy who has never set foot out of his house thanks to his fiercely protective mother Diane, who suffers from agoraphobia. Nothing is safe–not cars, not knives, not standing in the shower or changing a lightbulb. Christie slowly peels back the layers of their existence, so both Will and the reader realize as the story progresses just how confined Diane’s life has become. As Will becomes bold enough to venture out to school and mingle with other children, he learns about the world outside and how all of the things his mother fears–danger, death, surprises–are entirely valid but also entirely essential to life.

Here’s where I had mixed feelings about this book, and why I’m only giving it three stars. The first half of the book was dazzling–poetic, perfectly paced, a little sad at times but also quite relatable. I was surprised by how much I identified with Diane–I don’t have agoraphobia, but I could relate to her feelings of panic and that sense that danger and death are constantly lurking nearby. Maybe I have a morbid obsession with death, but her thought process made sense to me. I think what really hit home for me was the fact that her Relaxation Tapes failed to relax her, but rather created a void for more panicky thoughts to crowd in; I’ve tried for years to get into meditation as a way to relax, but it only seems to clear out my mind for ever-more racing thoughts to flicker through.

The second half of the book felt less cohesive to me, and it seemed like the plot focus changed, shifting into YA mystery mode and leaving a lot of threads dangling loose from the first half of the book. I also felt like the ending wrapped up some of the threads a little too conveniently.

So overall–not a masterpiece. But it is a very touching and well-crafted piece of prose, if you can accept the rough tone change halfway through. If I Fall, If I Die, by Michael Christie (hardcover, 288 pages). Three out of five stars. Find it on Goodreads.