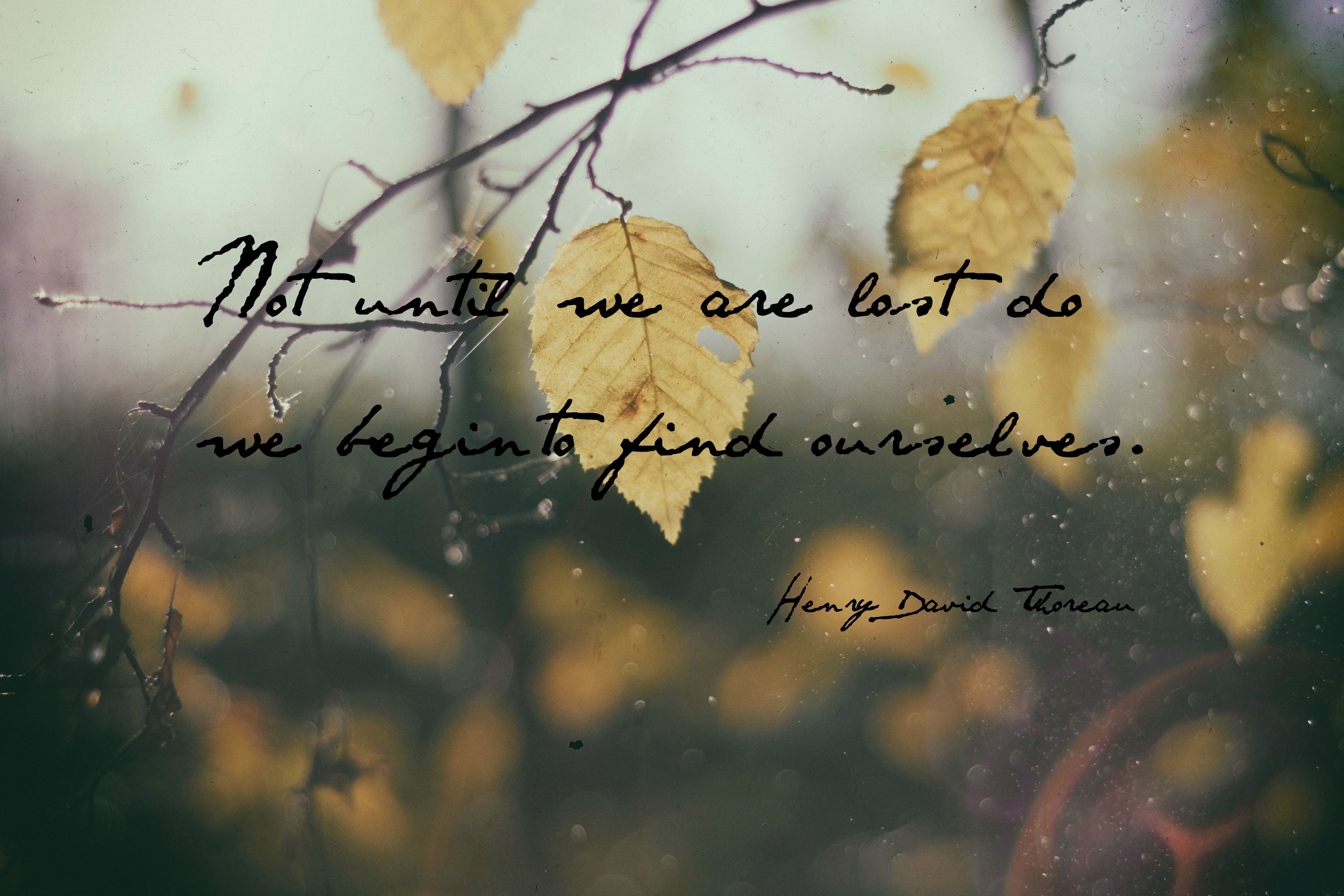 This year so far has not been an easy one for me, and in a way, I’m glad summer is over. A lot of people have an attachment to summer, probably because it has such a strong correlation to carefree fun, but I’m glad that fall is here. I’m ready for a new season and a fresh start after several months of turbulence.

It’s not that my life sucks or anything—far from it—it’s just that the past several months have been a struggle. I’ve been dealing with a major bout of depression since February. Some days are better than others. In May I lost my kitty Max, which, if you’re a pet lover, you can understand is basically like losing your best friend. I still miss him horribly. Then in July we moved, which was awesome—we left our little apartment for a rambling old house in a quiet neighborhood—but also incredibly taxing, mentally and physically, and a big part of why I stopped blogging for over a month. And with the husband going back to school for his bachelor’s degree, we see each other very little; in the past two weeks I think we’ve not spent more than ten minutes together in the same room on any given day.

There have been some real high points, too. I got three new tattoos back in March, including a series of Viking runes on my inner arm. The company I work for also finally relaxed their dress code, so I got two new piercings and redyed my hair. The husband and I did get to drop into my favorite vegan eatery for an amazing brunch last month. And I’ve started getting into jogging, which is awesome now that we live a mile away from the library—it’s a straight shot through the neighborhood to my favorite place in town. Plus there’s been the new house to paint and decorate, and of course, pumpkin candles to burn for fall. 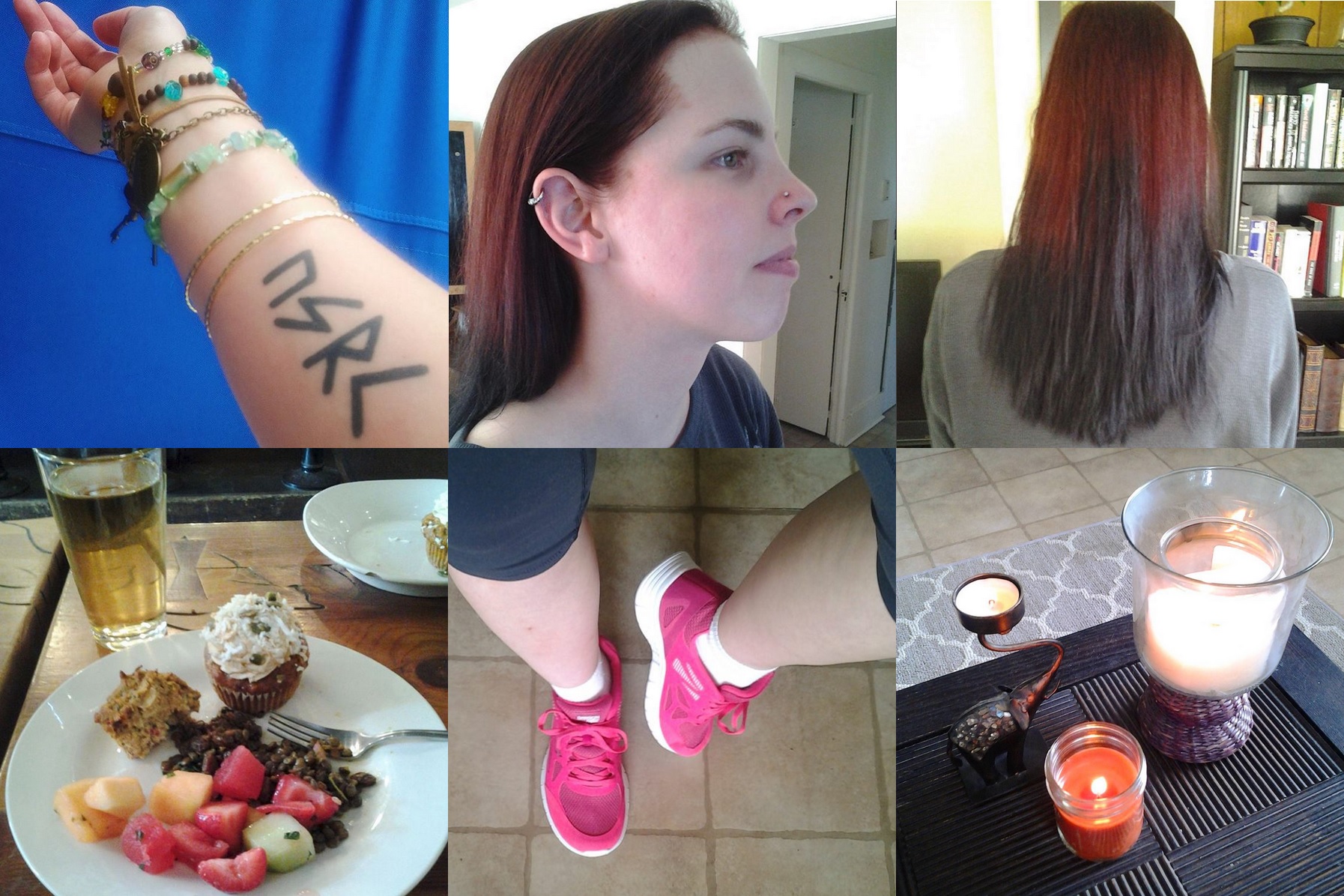 But overall it’s just been a real roller coaster of a ride. All of this, plus turning 26 this summer—I’m officially more than a quarter of a century old!—has had me feeling really lost. I’ve been trying to reconcile this up-and-down year with where I once thought my life might go when I was eighteen. Who am I, and what I am supposed to be doing with my life? There’s also that nagging feeling that by now, I should be on some sort of career path beyond “eh, it pays the bills for now”. I’m not in love with my job, but I’ve felt unsure for so long about what else I might do. I’ve had a lot of moments of wondering just what I’m doing and whether I’m going to just passively drift along for another eight years without anything changing.

The only thing I’ve come back to again and again is that I love to write. I feel like there’s always a double-edged sword to chasing that kind of passion in place of a more traditional job; on the one hand, everyone these days is a would-be author/model/musician/small business owner. Everyone dreams and not everyone succeeds, and at what point do you accept that you’re spending time on something that isn’t going to pay the bills? On the other hand, is it worth long-term stability to work at something you actively dislike and ignore what you love? Sometimes it seems like you can either be happy or responsible, but not both.

Lately, though, I’ve been rethinking it. Nothing in life is guaranteed, so why waste time on what other people think is a good idea? I make a comfortable enough living with the job I have now, even if it is a little boring (lower/middle management is basically everything you’ve ever seen in every comedy, ever). Maybe it doesn’t fit someone else’s definition of “success” and maybe it doesn’t come with a fancy title or require three degrees, but if it allows me to pursue my real dream job, then maybe that’s enough. Maybe it isn’t settling, but just taking a different path. And who is to say a dream can’t become a reality, if I’m willing to put the work into it?

All of these thoughts brought me back to this Henry David Thoreau quote on my Pinterest board. As much as this year has left me unhappy and confused at times, wondering how I got so lost as I tried to grow up and navigate life, it’s also lent me a certain clarity of vision. It’s helped me to really sort out what means the most to me and leave behind the things that don’t matter as much. I also feel like I’m finally becoming more comfortable with myself as a person, which was something I sadly lacked through the first half of my twenties. I used to constantly second-guess my decisions or dither about what to do next. Now I’m much more likely to say “yes” on a whim to the things that interest me. If not now, when?

(This is, by the way, the silver lining that I’ve found in the dark spots of feeling generally hopeless and down. Depression affects different people different ways, and I’ve had a lot of days of sadness, but it’s also manifested strongly as just not caring anymore. And the funny thing is, as much as it sucks when that initial realization hits you—if nothing matters, what is there to live for?—there’s also a strange power in it. For example, you don’t worry what people will think if you get a nose piercing; you finally take a few days of personal leave from work instead of running on overdrive. I’m not advocating being reckless, but I’ve found that not giving a shit is so incredibly freeing. A lot of worry, doubt and guilt just drops by the wayside. I’m very type A by nature and I think this has sort of helped me to relax a little.)

At the end of the day, as bumpy as this year has been, I feel like it’s done me a favor. I may have lost myself temporarily, but I’ve found myself in a much stronger state than I ever was before.