Once again, I’m linking up with The Broke and the Bookish for Top Ten Tuesday! This week, we’re talking about those series that are fully published, start to finish, books one through whichever–but which, for some reason, we haven’t finished reading. I admit, I tend to be bad about finishing series–I get distracted easily!–and often enough, I start a series that is only partly published and then have to wait (and wait and wait) for the rest of the books to come out. (A Song of Ice and Fire, I’m looking at you.)

But there are a few series that are all ready to go at the local library, so I really don’t have a good reason for not going back to them. It’s not that I’m not interested, I just somehow haven’t gotten back to them. Maybe I’m worried the rest of the books won’t live up to the first. Maybe I was waiting on the next book and then got busy reading something else. For whatever reason, here are the book series that I still haven’t finished up.

The Inheritance Cycle, by Christopher Paolini: I started reading these books in high school and stopped while waiting for the fourth book to be published. I actually own all four of them now, but I need to start over at the beginning–I’ve forgotten most of the plot points in the past ten years!

The Paper Magician trilogy, by Charlie N. Holmberg: I read the first two books in this series and really enjoyed them, but for some reason I haven’t picked up the third. I think the plotting was a little lackluster in the second book and so I just don’t feel a big rush to go read the third.

Chaos Walking, by Patrick Ness: The Knife of Never Letting Go was so good, I think I’m honestly worried that the second and third books will somehow disappoint me. 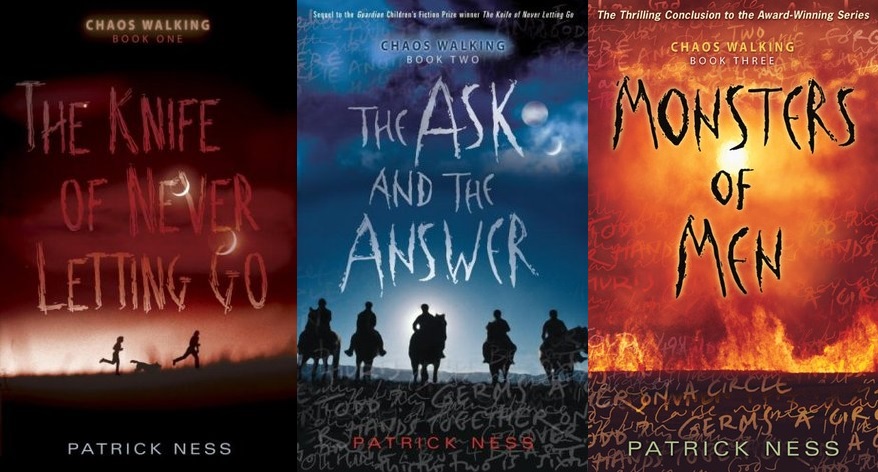 The Hercule Poirot books by Agatha Christie: I preferred the Miss Marple mysteries, but Poirot is good, too. According to Goodreads the Belgian detective and his little grey cells star in a whopping 42 mysteries, so I guess I’d better get busy! 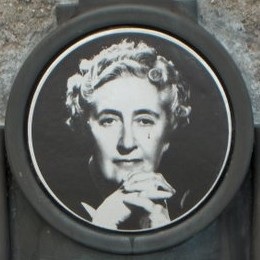 The Taken trilogy, by Erin Bowman: I couldn’t really tell you what attracted me to this series, besides the beautiful covers. I guess I liked the idea of the traditional YA love triangle being flipped a bit–instead of one gutsy heroine, we have two. 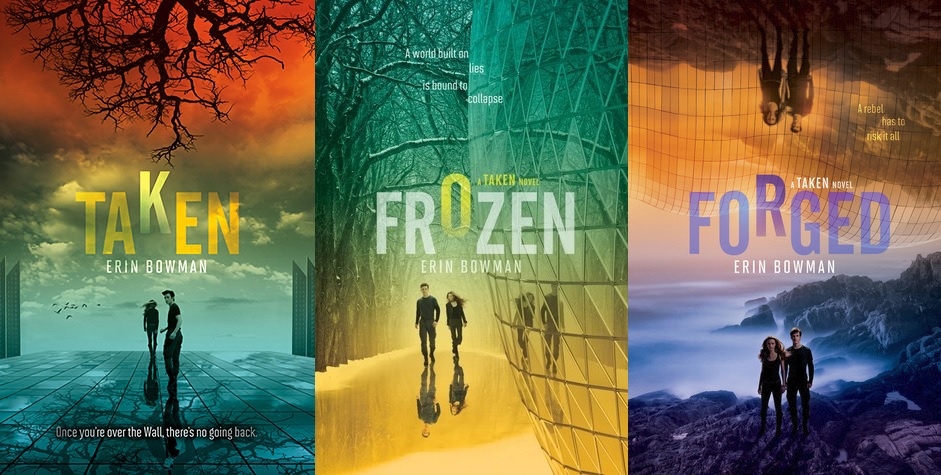 The Cemetery of Forgotten Books, by Carlos Ruiz Zafon: I can’t even tell you why I haven’t read book three, since I own it! I guess I’m worried the conclusion to the series won’t do it justice. 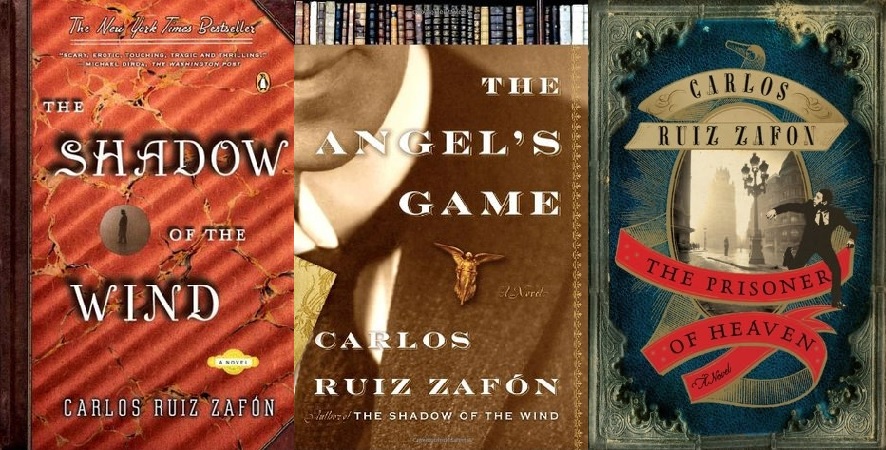 The Riddle in Stone trilogy, by Robert Evert: Again, no clue why I haven’t finished this trilogy, since I really liked the first book. If you like indie/lesser-known authors, check out these books! 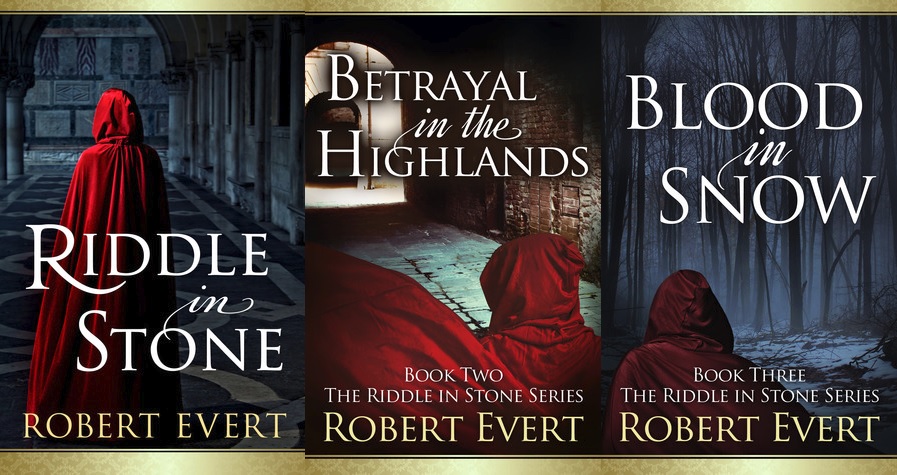 The Clockwork Empire, by Steven Harper: I enjoyed the first book in this series but never bothered to look up the rest at the library. I think, as with a lot of series I’ve tried to read, I just got distracted by other books on my TBR list.

The Kurt Wallander series, by Henning Mankell: I’m not actually sure if this series is wrapped up or not, but there hasn’t been a new book since 2009, so I’ll include it here. I’ve been reading this series all out of order and need to go back to the beginning and start filling in the gaps! I’d also like to see the BBC TV series. 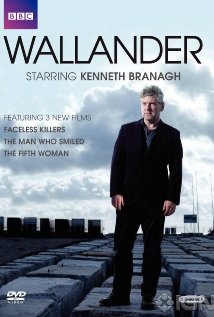 Variant and Feedback, by Robison Wells: I picked up Variant years ago, and even though I subsequently forgot the title and author, the storyline stayed stuck in my head–it was just too weird to forget. Not in a bad way…it was just very weird, and it ended on a huge cliffhanger! Somehow or another I stumbled across the book again at the local library and immediately recognized it, but I haven’t yet picked up the sequel due to lousy reviews. I do really want to resolve that cliffhanger and find out what on earth was going on…I’m just trying to not get my hopes up for a really killer book. 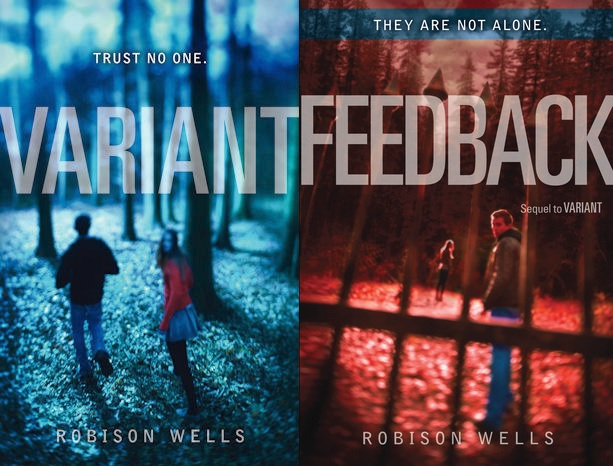 So, what published series have you somehow not finished? And don’t even get me started on the unfinished ones–A Song of Ice and Fire, Outlander, The Ministry of Peculiar Occurrences…I have too many series going right now to keep track of all the characters!