September was kind of a mediocre reading month for me. I had two great reads and everything else was kind of middling! I find it interesting that the bulk of my three-star reads were New York Times bestselling books or authors. I even had a couple of back-to-back DNFs. Read on for all the mini reviews and don’t forget to friend me on Goodreads! 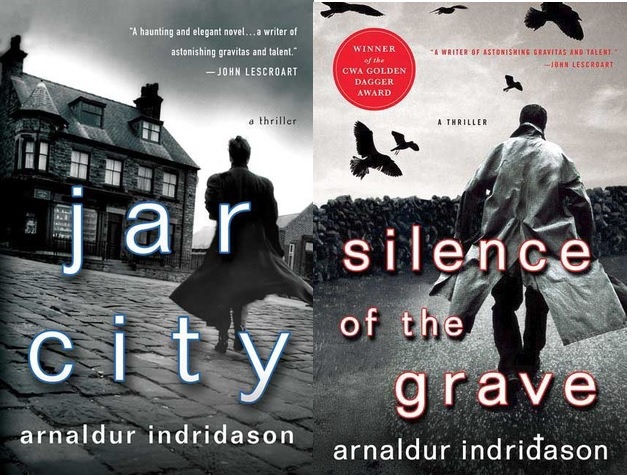 Jar City (hardcover, 275 pages) and Silence of the Grave (hardcover, 280 pages), from the Inspector Erlendur series, by Arnaldur Indridason. Both four out of five stars. I re-read Jar City simply because I couldn’t remember how it ended, and then was delighted to discover a previously unread Erlendur novel on my tablet from my reading pal Katrin! These made up a tiny bit for all the mediocre books I read this month. 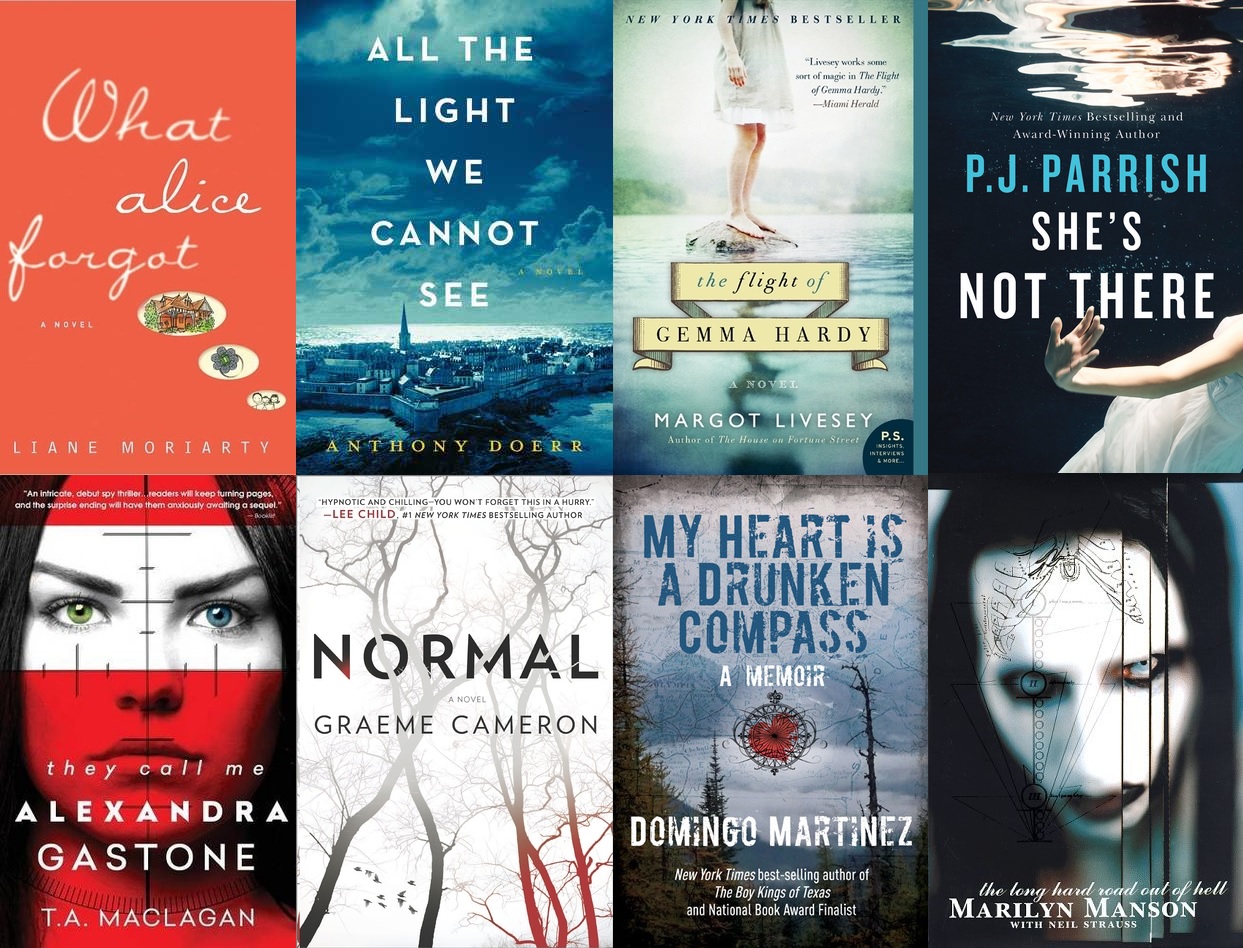 What Alice Forgot, by Liane Moriarty (paperback, 466 pages). Three out of five stars. I guess this was a fun, fluffy “chick” read, but there were times when it was hard to cheer for Alice and Nick to get back together—he just didn’t seem like that much of a catch, and I felt like the book tried too hard to pin all of their problems on Alice, instead of acknowledging a basic tenet of relationships: people change! I also felt like the book was about 100 pages too long for the story, though that’s more of a personal gripe than a complaint about the prose.

All the Light We Cannot See, by Anthony Doerr (hardcover, 530 pages). 3.5 out of five stars. Beautiful writing, but the poetic musings made this book feel a bit draggy at times. Full review here.

The Flight of Gemma Hardy, by Margot Livesey (paperback, 480 pages). 3.5 out of five stars. This book is supposedly modeled after Jane Eyre, but as I’ve never read that book I can’t compare the two. I liked this a lot in the first half, but the heroine made a lot of crappy decisions in the second half that lessened my enthusiasm somewhat. Still, I highly recommend this if you can tolerate that bit of nitwittery, because it has that “flow” to the writing that just carries you effortlessly along.

She’s Not There, by P.J. Parrish (paperback, 366 pages). Three out of five stars. A thriller that started out good, but slid into mediocre “been there, done that” territory in the second half.

They Call Me Alexandra Gastone, by T.A. Maclagan (paperback, 242 pages). 3.5 out of five stars. Thank goodness for a YA heroine who likes boys based on their brains and sense of humor, not merely looks! The plot of this novel was a little far-fetched at times, but I ended up really enjoying it overall.

Normal, by Graeme Cameron (hardcover, 300 pages). 3.5 out of five stars. A book with a serial killer as the protagonist? Surprisingly, it works, though obviously if you can’t embrace something a little off-the-wall you’ll have trouble with the premise to begin with. This is probably one of the more extreme “antihero” books I’ve read in recent memory.

My Heart is a Drunken Compass, by Domingo Martinez (hardcover, 320 pages). Three out of five stars. This was a very sad memoir. I liked the writing but it was one of those books that leaves you feeling a little exhausted by all the drama therein.

The Long Hard Road Out of Hell, by Marilyn Manson and Neil Strauss (hardcover, 288 pages). Three out of five stars. I guess I expected this to be more shocking, but parts of it just seemed like frat boy antics and parts like your average coked-out rock star incidents. Surprisingly, there are some nuggets of wisdom in there too, but for the most part I felt like this was just a really average memoir. You could have substituted half a dozen other rockers and gotten roughly the same story. 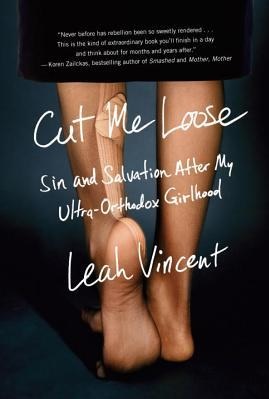 Cut Me Loose, by Leah Vincent (hardcover, 228 pages). 2.5 out of five. I really empathized with Vincent’s strict religious upbringing and the ways she felt it set her up to fail as an adult out in the real world. This was pretty painful reading for me. However, I felt like the book focused more on her flawed relationships with men than it did on the rest of her life, and at times the narration seemed a little gappy, so it was kind of a “meh” read overall.

DNFs (did not finish) 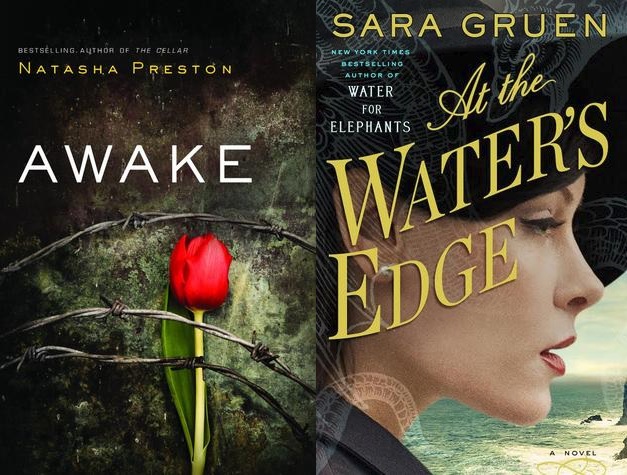 Awake, by Natasha Preston (paperback, 352 pages). Oh wow, this was awful. Sloppy editing, stilted dialogue, insta-love, plot holes…I think it had an interesting premise, so I was bummed that it turned out to be so unreadable.

At the Water’s Edge, by Sara Gruen (hardcover, 348 pages). I’ve heard a lot of praise for Gruen’s work, but the characters in this book were so unlikable—and the initial plot premise so flimsy—that I just couldn’t get into it.

So what did you read this month? Any recommendations? If you count my eight DNFs this year (as Goodreads does), I’ve hit my 100-book reading goal for 2015 (yay!), though in the interest of fairness I don’t like to count those. Do you DNF books a lot? Why or why not?