I didn’t read a lot in November and December since I was so busy with work, but I did get to read a bit more in January! I’ve lumped all three months together here. You can find more in-depth reviews for most of these books on my Goodreads page; don’t forget to friend me, if you haven’t already!

The great (four and five stars) 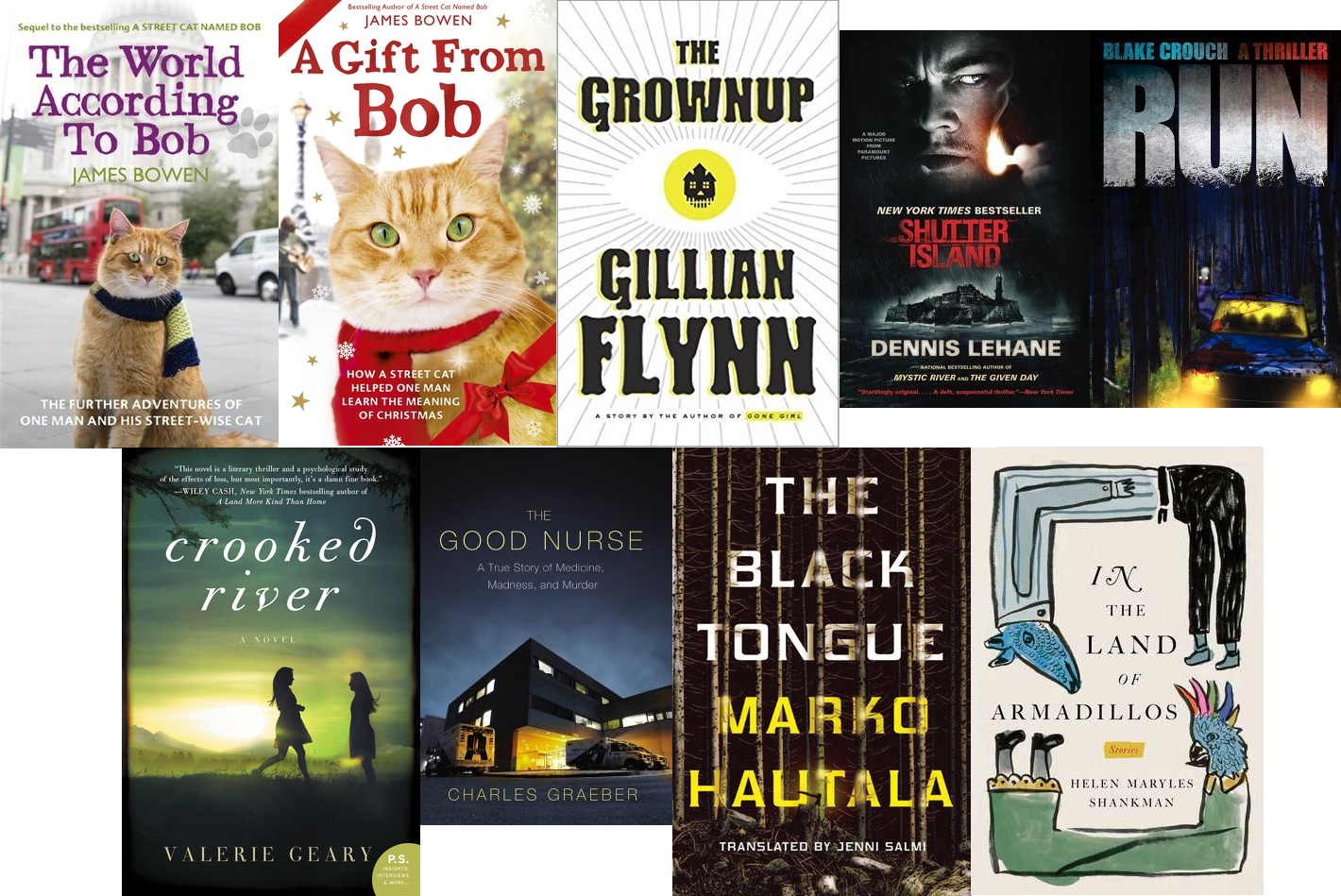 The World According to Bob, by James Bowen (paperback, 286 pages; five out of five stars). This sequel covers a lot of the same ground as the first Bob the Cat book, but it’s still a heartwarming and cute read.

A Gift From Bob, by James Bowen (hardcover, 192 pages; five out of five stars). A “Christmas special”, if you will, in Bob’s saga. Cute, short, and perfect for the bleak holiday season.

The Grownup, by Gillian Flynn (hardcover, 64 pages; four out of five stars). This was a really good creepy mystery, if very short. If you don’t like ambiguous endings you’ll probably hate it but if you love to endlessly guess at the outcome, then you’ll be very satisfied. I wrote a longer review of this book here.

Shutter Island, by Dennis Lehane (paperback, 369 pages; four out of five stars). I saw the movie years ago, but that didn’t lessen my enjoyment of this very creepy, twisty psychological thriller. There were parts of the story that still didn’t make 100% sense to me at the end but overall it was very good; you’re left guessing about Teddy’s sanity right up to the last page.

Run, by Blake Crouch (paperback, 284 pages; four out of five stars). This wasn’t quite as strong as Abandon, but it was still scary and tense—I read it almost in one sitting and the husband ended up reading it as well.

Crooked River, by Valerie Geary (paperback, 352 pages; four out of five stars). This was very fluidly written and great throughout the first half, but the mystery lost a bit of steam toward the end. I mean, there are only a few adults in the book, so when it comes to picking out the killer, it’s pretty darn easy! I enjoyed the writing though and would like to read more from this author.

The Good Nurse, by Charles Graeber (hardcover, 276 pages; four out of five stars). This true crime saga left me horrified and outraged, and also, quite certain I’ll never set foot in a hospital again. But I don’t understand why the author felt the need to try to make Nurse Charlie seem more frightening by emphasizing physical oddities or behavioral quirks. Wasn’t his nonchalant game of Russian Roulette with the IV bags chilling enough on its own?

The Black Tongue, by Marko Hautala (paperback, 314 pages; four out of five stars). This was a really weird Finnish horror novel that twisted through mystery, crime, supernatural horror, and urban myth, all with a lyrical slip to the words that gave it a sort of disquieting magical finish. I wrote a full review of this book here. If you’re a fan of Night Film or Fringe then I highly recommend this one!

In the Land of Armadillos, by Helen Maryles Shankman (hardcover, 304 pages; four out of five stars). The stories in this tome are actually interwoven together, all set in a Polish town during the German occupation of  World War II. A blend of historical fact, fiction, and magical realism, they were absolutely captivating, though  I think the first story was the strongest and the others paled a bit in comparison. Definitely one of the best books I read all month. 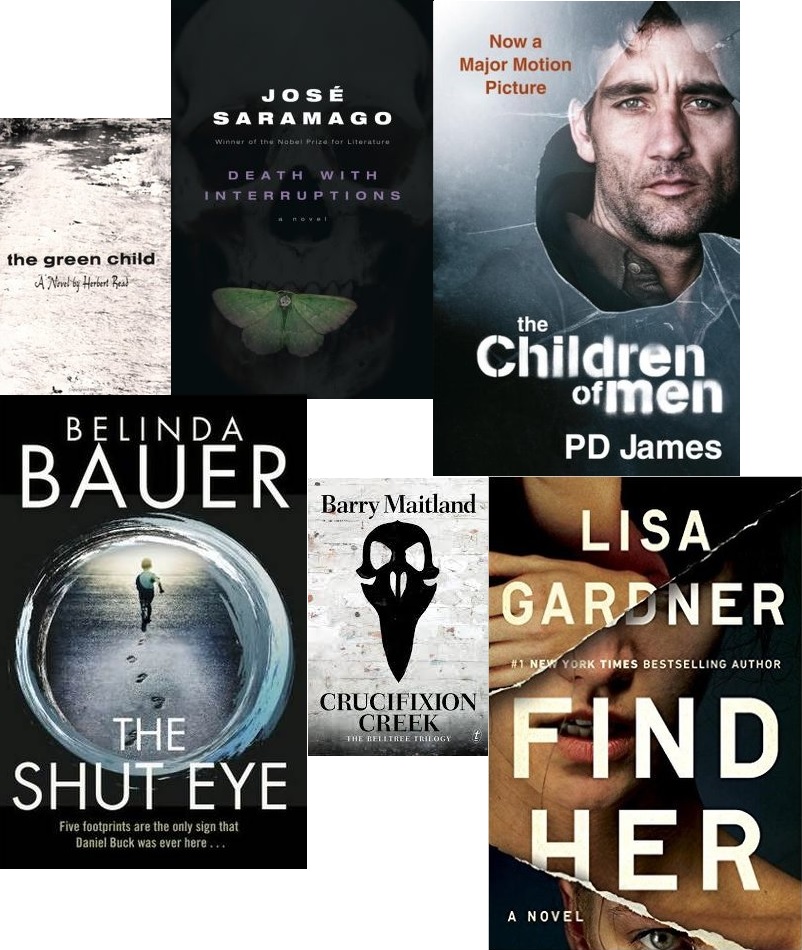 The Green Child, by Herbert Read (paperback, 194 pages; three out of five stars). This was a really strange little book. It was pretty strong up until the end, and then I think the author started waxing on a bit about religion and enlightenment and kind of lost me. But overall it was still a really unique find.

Death With Interruptions, by Jose Saramago (hardcover, 238 pages; three out of five stars). Years later I’m still muttering “what the hell?” over The Double, which left me a little slack-jawed at the sheer brilliance of it, and also how twisted it got at the end. I liked this book too, but the end left me really confused, hence the three-star rating. If I knew what it was supposed to mean I might rate it higher, but as it is, I’m still trying to puzzle it out. Also, Saramago loves to ramble, with some sentences taking up a whole page (yes!) and that can make for difficult reading—you’ve been warned!

The Children of Men, by P.D. James (paperback, 241 pages; three out of five stars). This book is very little like the movie, but still good. I did feel like things wrapped up a little too smoothly for Theo in the end though. The movie felt a bit more bleak and I think I liked that better.

The Shut Eye, by Belinda Bauer (Kindle, 318 pages; three out of five stars). This was a disappointing mystery; I thought it would have more to do with the supposed titular psychic, and also, the “mystery” was incredibly easy to puzzle out at the about the halfway mark. Oh well—it was fast-paced and hard to put down, so there’s that.

Crucifixion Creek, by Barry Maitland (paperback, 255 pages; three out of five stars). This was the start of a trilogy, but I won’t be picking up the next two books. The mystery was decent enough, but the hero was blessed with too much luck and the lack of a sense of peril kind of killed the stakes for me. I never had the sense he might fail at anything he tried, or be shot and unable to go on, or perhaps not get what he wanted. He was like an Aussie Superman cop. Bleh.

Find Her, by Lisa Gardner (hardcover, 416 pages; three out of five stars). This started out really strong and kept me guessing: is Flora a victim, a killer, or a clever con artist? But the end of the book dragged out a bit, even though it was kind of obvious how the story would wrap up. Overall I think this was a decent thriller and I would be open to reading more books in the series, I’m just not in a huge rush.

The meh (two stars or less) 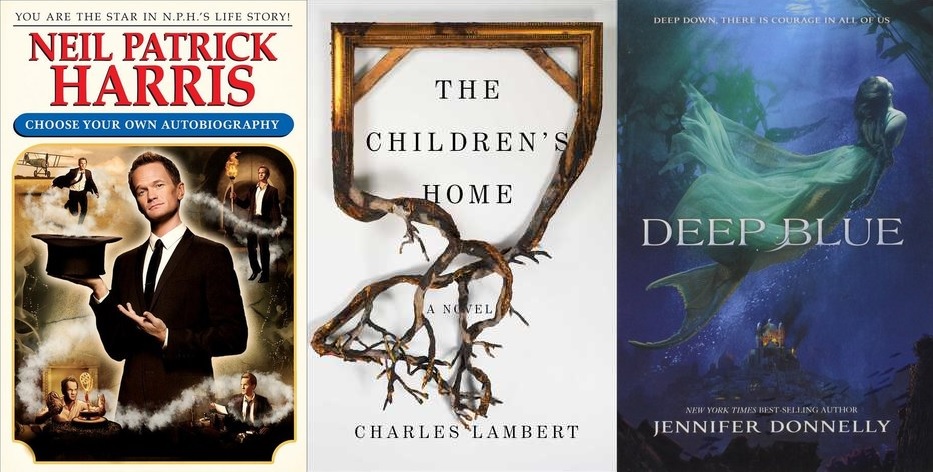 Choose Your Own Autobiography, by Neil Patrick Harris (hardcover, 291 pages; two out of five stars). Some interesting anecdotes, but I think I would have enjoyed this more if I was a big fan of the actor. As is I know him better from Harold and Kumar than How I Met Your Mother or Doogie Howser. At the same time, I feel like it’s only fair to admit that I’m not a huge fan of autobiographies in general—I usually find them a little dull—so that probably didn’t help.

The Children’s Home, by Charles Lambert (hardcover, 210 pages; two out of five stars). I picked this up because it was compared to Neil Gaiman, but it was just kind of odd and disjointed—like a first draft with no real cohesion—as opposed to anything I’ve read from Gaiman. His stories are beautifully written, oddly unsettling, faintly supernatural, and at times a bit violent (though often in the background), and while there are shades of Gaiman throughout The Children’s Home it’s just not as polished or frightening as it’d like to be.

Deep Blue, by Jennifer Donnelly (paperback, 336 pages; two out of five stars). I really loved Donnelly’s These Shallow Graves and borrowed this from a coworker hoping for more of the same, but this was definitely geared to younger teens. The mermaid mythology was cool but the story was a little too rote and slow-paced for me, so I put it down unfinished.

So there’s what I’ve been reading these past few months! What have you read recently? Any recommendations? I’m trying to balance all the books I got as Christmas gifts with my long ARC list from NetGalley, so thank goodness I finally have more time to read…