Merry and Pippin—I mean, who didn’t love these two hobbits? And The Lord of the Rings continues to be one of my fave stories ever, so obviously I’ll have to pull some kitty names from it at some point. If I ever get kitty siblings I’d love to call them Merry and Pippin.

Guenhwyvar—the magical panther who accompanies Drizzt Do’Urden in the Forgotten Realms books. I always said that if I got a female black cat I would use this name and now I have. If you follow me on Instagram you’ve probably seen her pop up from time (but let me tell ya, black cats are hard to photograph, and even more so when they’re shy!). 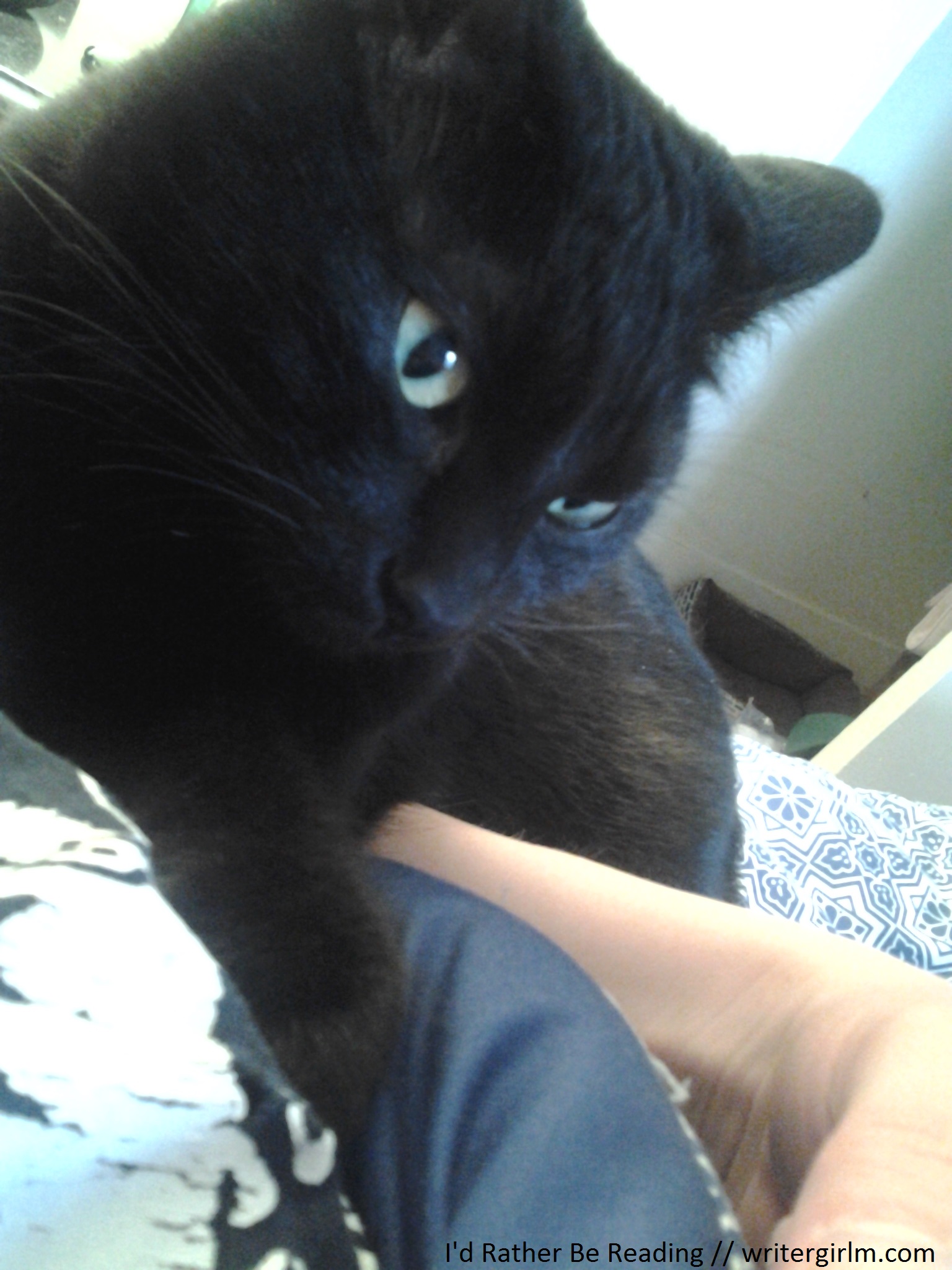 Artemis Entreri—another FG character, this one was an assassin who was kind of a good guy at times. I haven’t used it yet but I will. I’d like to give this name to a black boy cat.

Sherlock Holmes—can’t you see a super-grouchy fluffy cat with this name?

Jaqen H’ghar—I’m reserving this one in case I ever get an orange and white cat. I suppose my Skittles comes close since she has the split coloring on her face and that fits perfectly with the Two-Faced Man but I couldn’t bear to change her name. She is my other super-fluffy girl.

Captain Jack Sparrow—the fluffiest of fluffies! She got this name because a) I found her while jogging to some music by Bring Me the Horizon, so fate; and b) she had bad mats in her fur from neglect, so she looked like she had black dreadlocks. I know this doesn’t really count as a bookish name, but I had to include it. 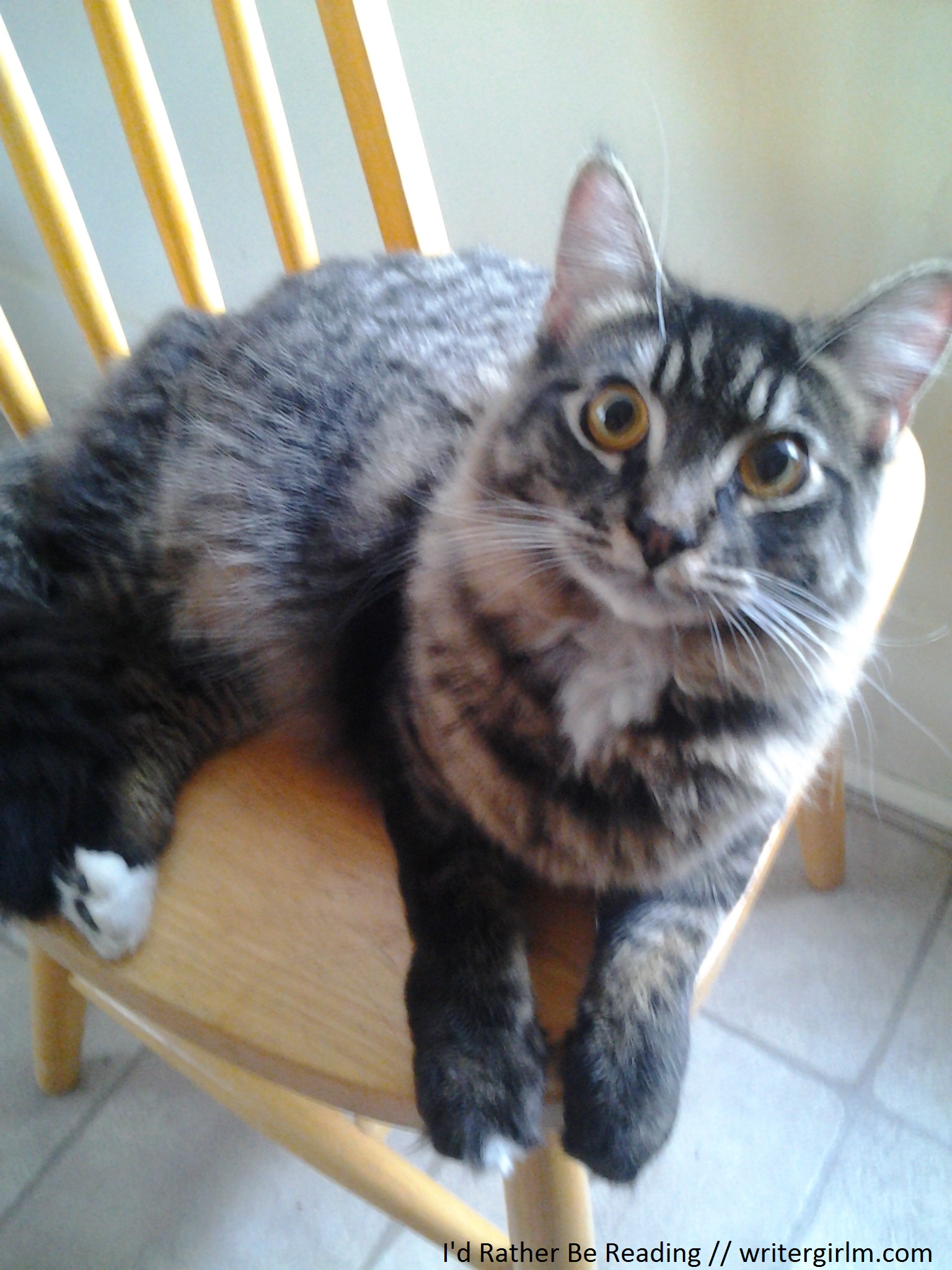 Daryl Dixon—if I ever get another cat who’s absolutely wild he or she will be Dixon after everyone’s favorite zombie slayer. If it’s a girl I could just call her Dixie for short.

Hobbes—Calvin and Hobbes was one of my favorite comic strips growing up, and still is. I used this name for the shy, slightly grumpy orange cat that comes by my porch each day for food. S/he is feral and won’t accept pets but is slowly getting more used to me. (I’m not sure if it’s a girl or a boy but I call it “Mr. Hobbes” all the same.)

Al Sa-Her (The Magician)-–if you watch Arrow on TV or read the DC comic books, you know this is Malcolm Merlyn’s name as a member of the League of Assassins. A little black and white cat showed up on my doorstep and charmed even Hobbes into accepting her, so “The Magician” seems to fit. And I do think a black and white cat needs a regal name, don’t you? (BTW, that ghost cat in the background is the neighbor’s, “Sweetie”–but I call her Mouse!) 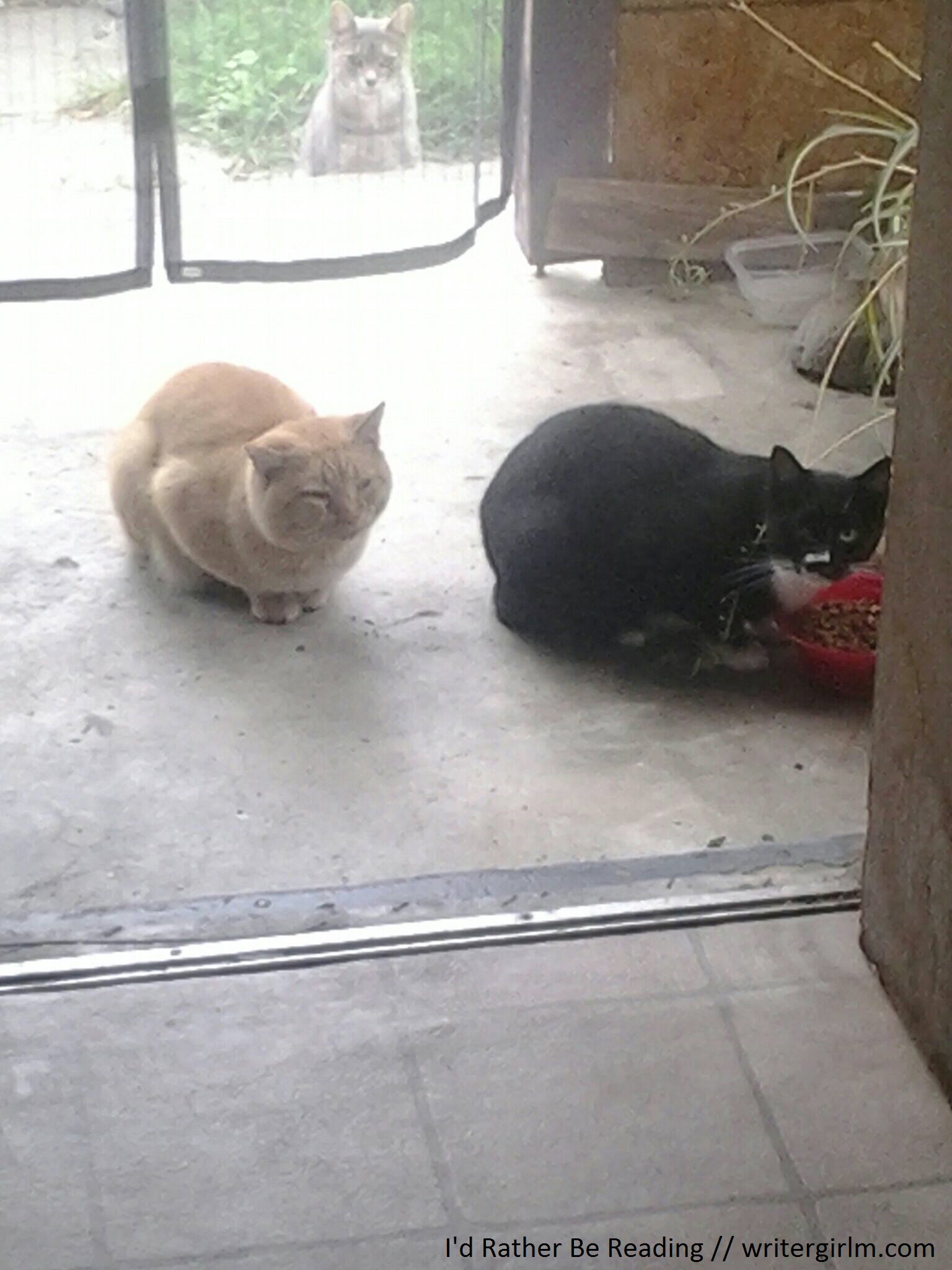 Those are the best ones I can think of for now! So what character names would you use (or have used) for your kids and pets? Do you think it’s a silly idea or not? Leave me a comment and let me know!