Gone Girl, by Gillian Flynn. I scoffed at all the hype around this book until I actually picked it up, and realized I couldn’t put it down again. The plot gets more and more twisted right up until the very last page. Many other books have bragged in their blurbs that they are similar to this but I have yet to find a worthy rival.

The Girl Before, by J.P. Delaney. This book sucks you right in with the dual narratives of Emma and Jane, two women renting a beautiful but odd house from an equally intriguing architect…who may or may not be a murderer.

The Hunger Games, by Suzanne Collins. This was my introduction to the world of dystopian YA and I couldn’t put it down. I admit that I wasn’t as enamored with the latter books in the series but this remains one of my favorite YA series to date.

The Mothers, by Brit Bennett. I went through a bit of a reading slump this year and this was one of the books I picked up this spring that shook me out of it. It’s hard to believe this novel is a debut—the prose is so rich and the characters so well drawn, it seems like something a more seasoned author would produce.

And Every Morning The Way Home Gets Longer and Longer, by Fredrik Backman, This is a very short book, a novella really. But that’s okay, because you’ll want to read it multiple times. It’s an incredibly moving portrait of a man slowly losing his battle with Alzheimers, recounting the memories he still has and mourning the loss of those that are fading away. There’s so much emotion packed into such simple sentences. I bawled my eyes out reading this one. 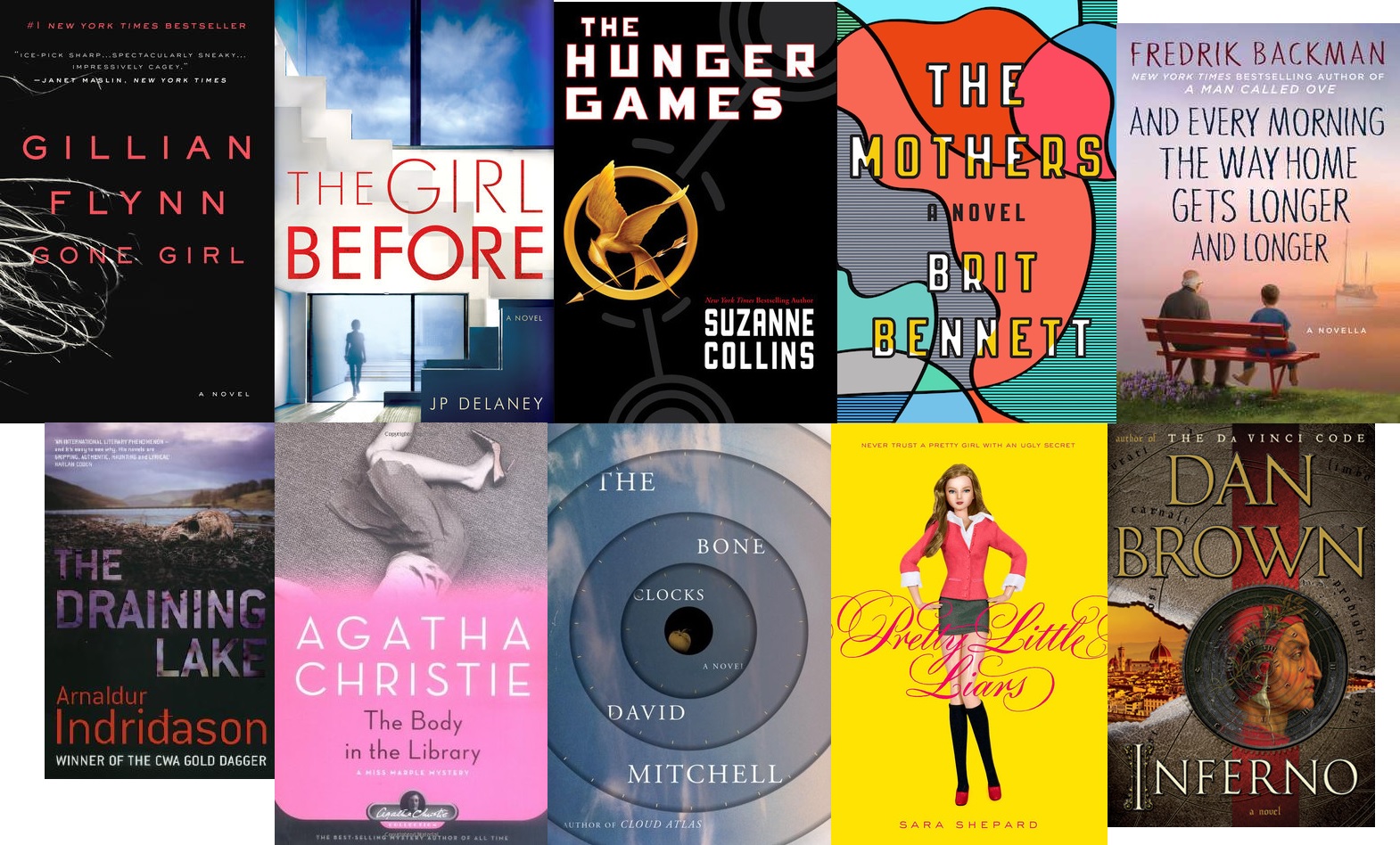 Any of the Inspector Erlendur novels by Arnaldur Indridason. This is one of my favorite crime series, hailing all the way from Iceland. The books are short, just under 300 pages apiece, so they’re very easy to binge-read.

The Miss Marple and Hercule Poirot series by Agatha Christie. I favor Marple over Poirot but enjoy both of these series. And since the books are only two or three hundred pages, they’re perfect for an afternoon of non-stop reading.

The Bone Clocks, by David Mitchell. This book just sucked me in with the shifting narratives from the very first page. I thought the ending was a little odd but otherwise I loved this book. The switch in voice through was mesmerizing.

The Pretty Little Liars series, by Sara  Shepard. So sue me—these were absolute trash. But they were also super addicting, in the way junk food is. I actually would say that only the first eight books in the series deserve that status, though; the series came back with eight more books after the original mystery was solved and they weren’t nearly as compelling.

Inferno, by Dan Brown. A thriller that was impossible to put down! I think this is probably one of those books that required me to get up and make a pot of coffee so I could finish it, since it is on the longer side. But it was worth any lost sleep!

So…if you’re looking for a new book to devour in one sitting, those are just a few of my suggestions! Do you gulp down your books or read them slowly? Sometimes I’ll tell myself that I’ll pace a book, but then I just can’t resist racing through it!