I haven’t done one of these roundups in quite a while, partly because I’ve been having trouble actually finishing any new media I start. I’ve mentioned in other posts that this summer has been crazy busy with changes at work and home (and I plan to post about that soon!) but in short, it hasn’t left a lot of time to read full-length books, or finish a whole TV series, etc. But last month I had a few really great books, TV shows, and even a podcast to recommend, so here they are for your consideration! 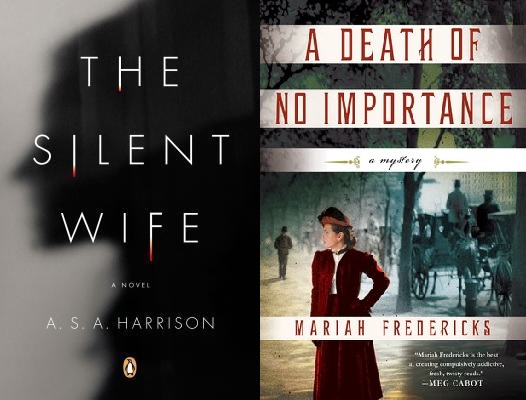 The Silent Wife is, sadly, A. S. A. Harrison’s only fiction novel completed before her death. I say sadly, because this book, though slim, blew me away with just how quickly it slips under your skin. I put it down only because I worked early the next day and needed sleep! It’s a gripping mystery/thriller about the breakdown of a relationship and I’m not kidding when I say I had no idea how this story would end until the very last page. That’s high praise considering how many crime/thriller books I read and how I’ve started to become accustomed to patterns within. Full review here.

A Death of No Importance is the debut adult novel from Mariah Fredericks, and follows maid Jane Prescott through upper-crust New York society in 1910 as she tries to solve the murder of her employer’s playboy lover. This was a fast-paced book and very hard to put down, and I hope Fredericks will pen more mystery novels soon!

What I watched (Netflix)

The Frozen Dead is a French crime thriller about the cat-and-mouse game between an aging detective and the serial killer he sent to a mental hospital. When the sister of the killer’s last victim enters the picture, Investigator Servaz must try to find redemption while untangling a new string of brutal murders. Safe is based on Harlen Coben’s novel about a group of families living in a gated community whose sense of safety is shattered when a young man turns up dead and his girlfriend missing. This was a binge-worthy show and makes me eager to check out more of Coben’s thrillers. Requiem is billed as horror but it’s honestly a creepy mystery more than anything. Following her mother’s suicide, a young woman becomes obsessed with the possibility that she is actually a girl who disappeared as a child from a small Welsh town. This show has a total WTF ending but I think it perfectly suited the overall mood of the show!

What I listened to (Spotify) 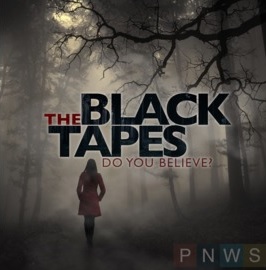 I admit, I’m a podcast virgin, but The Black Tapes has me totally hooked on the concept. The fictional show follows a journalist as she investigates supposedly unexplained supernatural mysteries in the files of a doctor who may just be the world’s biggest skeptic. But are all unexplained horrors so easily dismissed? This podcast can be suuuuuuper creepy at times so I really don’t recommend listening to it at night! I just wrapped up season one and can’t wait to dive into seasons two and three.

Do you have any good book, TV or podcast recommendations for me? (Especially mystery/crime?) Let me know in the comments!