Earlier this week I posted a summary of the spots we camped and hiked along the Oregon coast, along with a more pic-heavy post of our beach combing adventures. Since we spent a lot of time up at Yaquina Head, exploring the tide pools and watching seals, I wanted to do a separate post with more pictures and info on the park, in case you’re interested in visiting! (Make sure you also jump over to the final post in the series with pictures from our hike inside the Devils Punchbowl!) 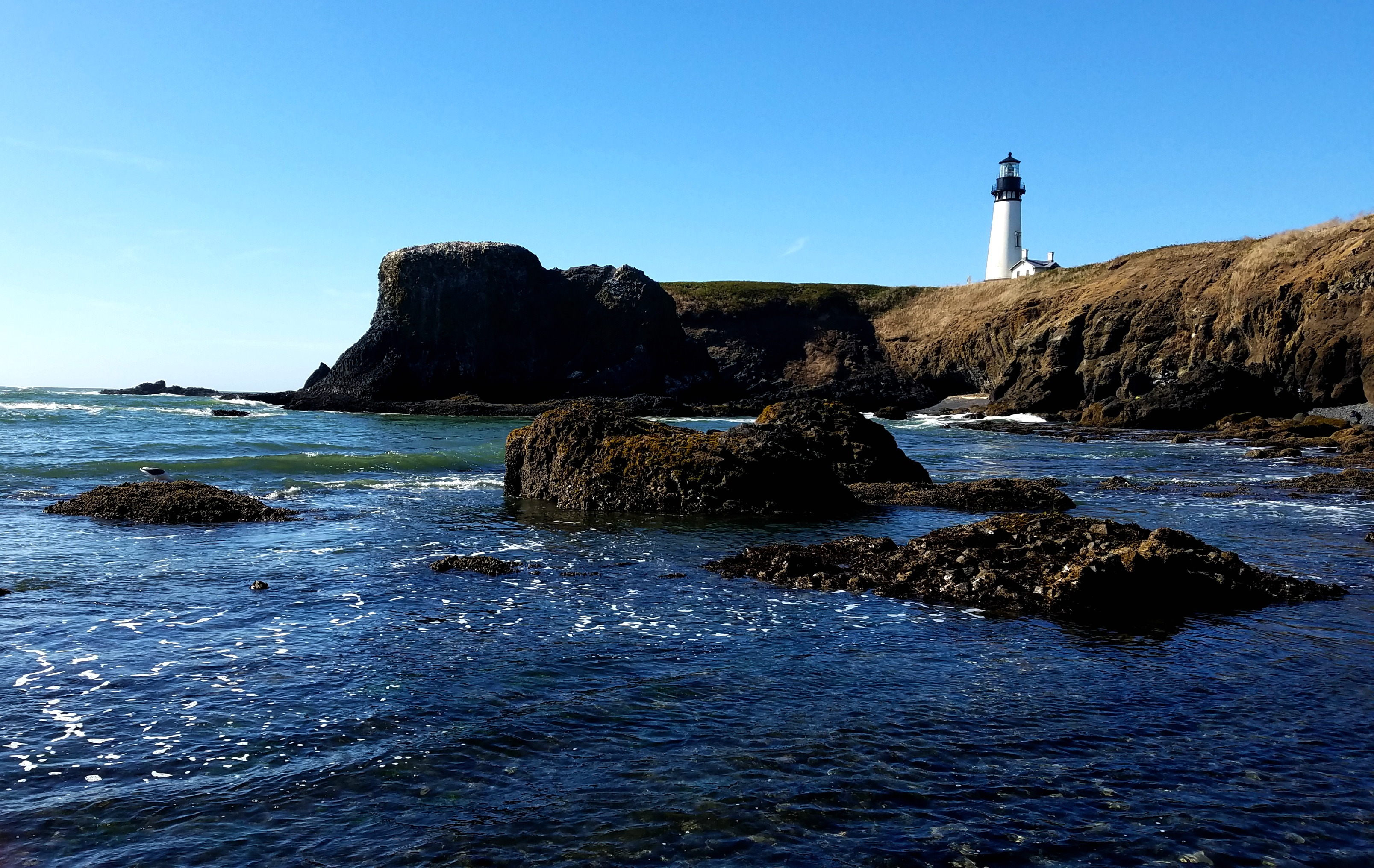 Yaquina Head Outstanding Natural Area is a federally managed park three miles north of Newport, Oregon, offering lighthouse tours, hiking, tide pools, and bird, seal, and whale watching from the cliffs. There’s also an interpretative center in the park to educate you on the area. You’ll need a federal parks pass or a $7 day pass to enter the park; it’s open seven days a week from sunrise to sunset. 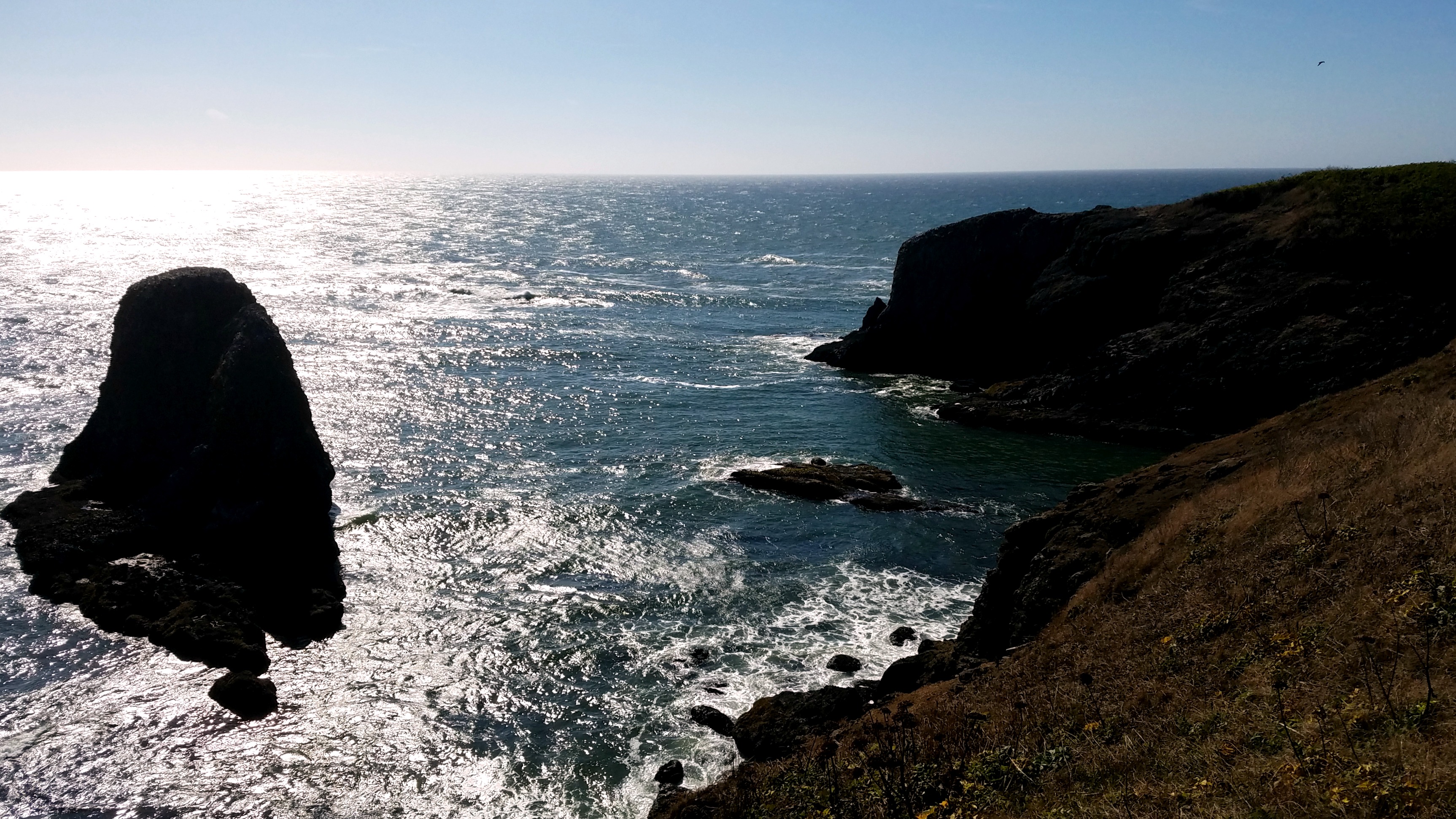 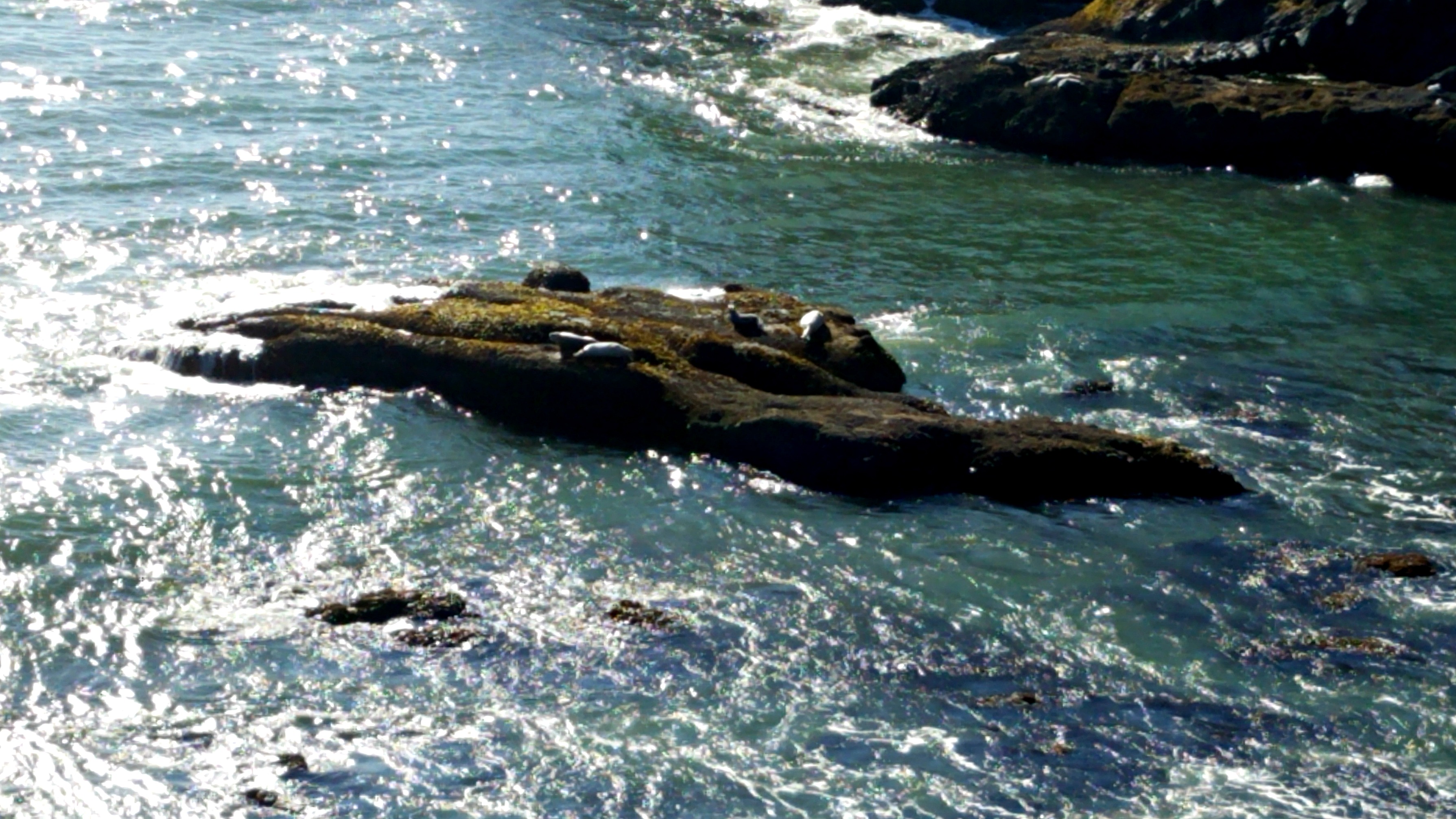 This area of the coast offers tons of history for those interested. It originally gave passage and marine hunting grounds to the Yakona tribe of Native Americans. In 1778 Captain James Cook nicknamed the Head “Cape Foulweather” due to the rough conditions he encountered while trying to moor off the coast. 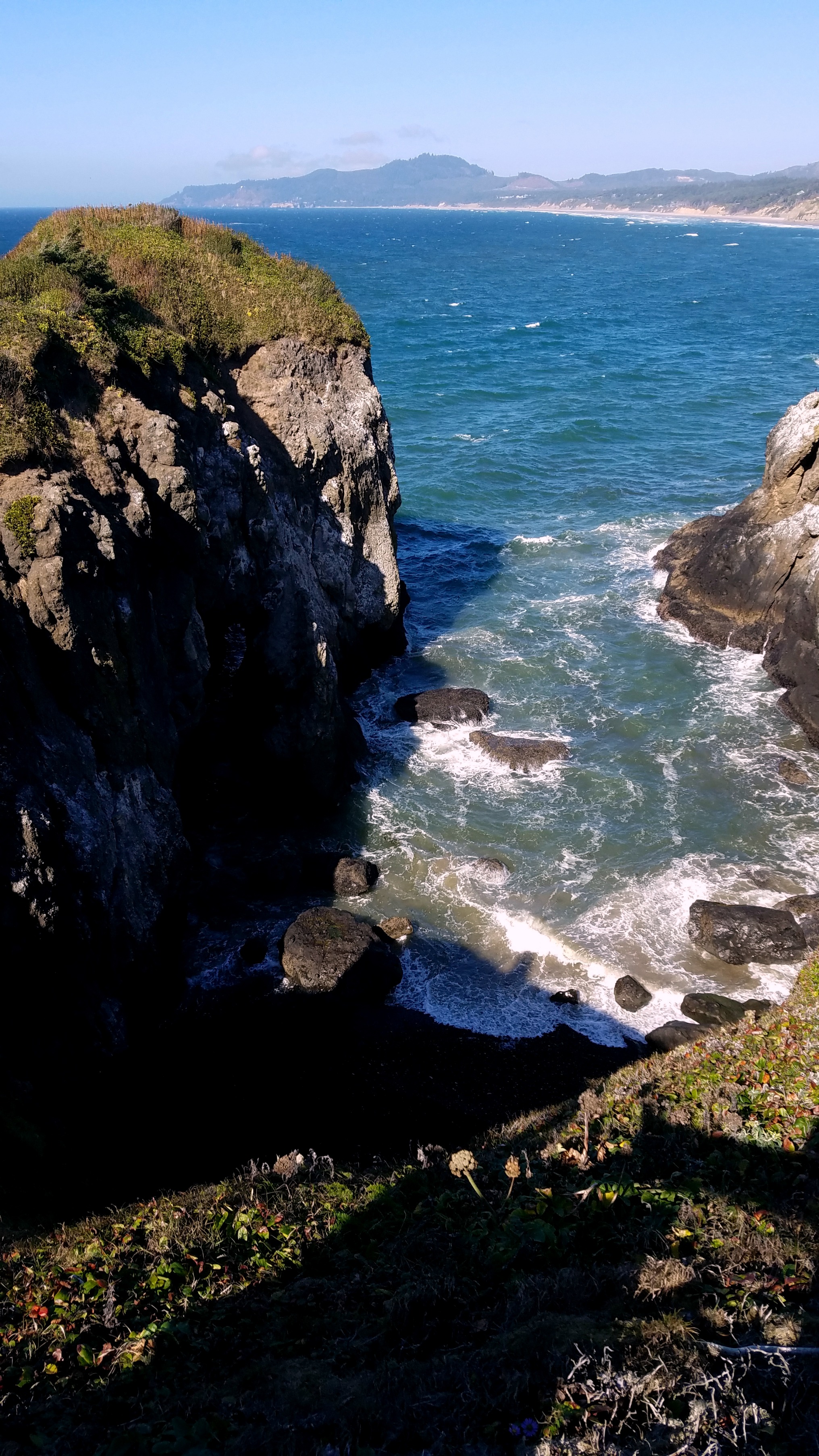 In 1873 the U.S. Lighthouse Service began operating on the Head; you can take a ranger-led tour of the historic lighthouse, which was automated in the 1960s and still services the coast today. 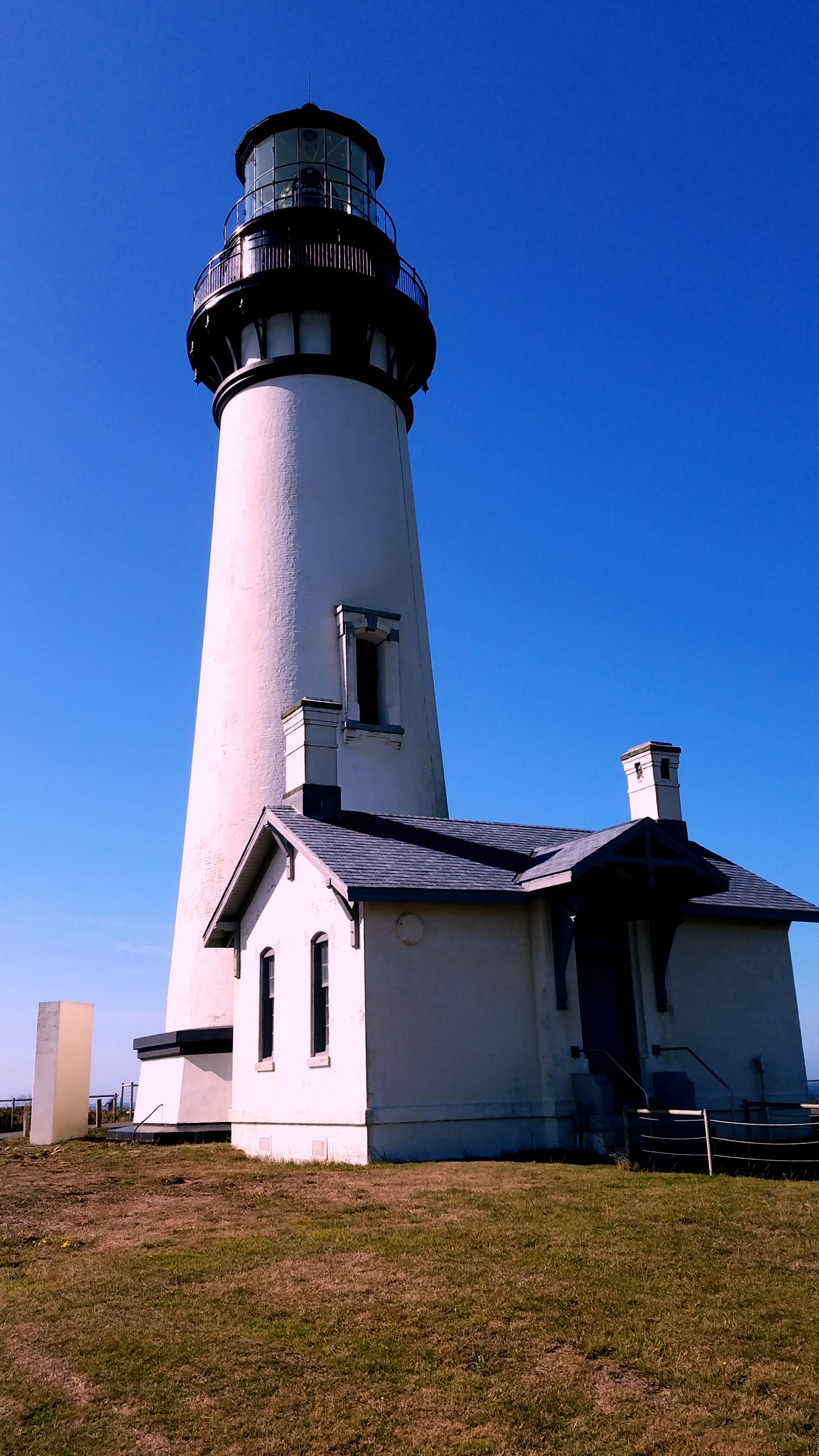 As with many of the other spots we stopped on our trip, it’s an area that requires some pretty rigorous walking to actually get to the beach; from the lookout areas near the lighthouse, you’ll descend a steep and winding set of stairs to reach the famous black rock beach and Yaquina tide pools. 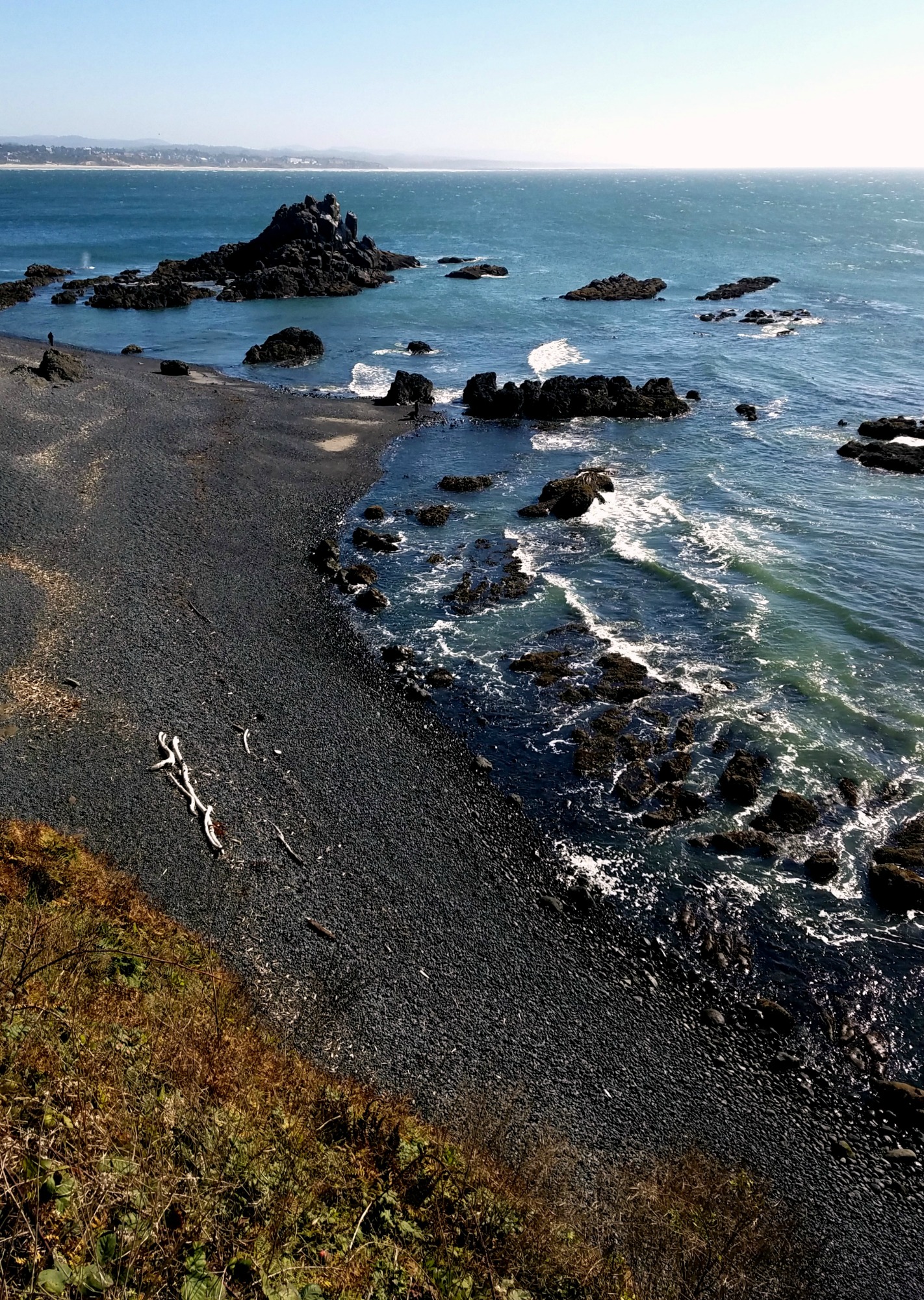 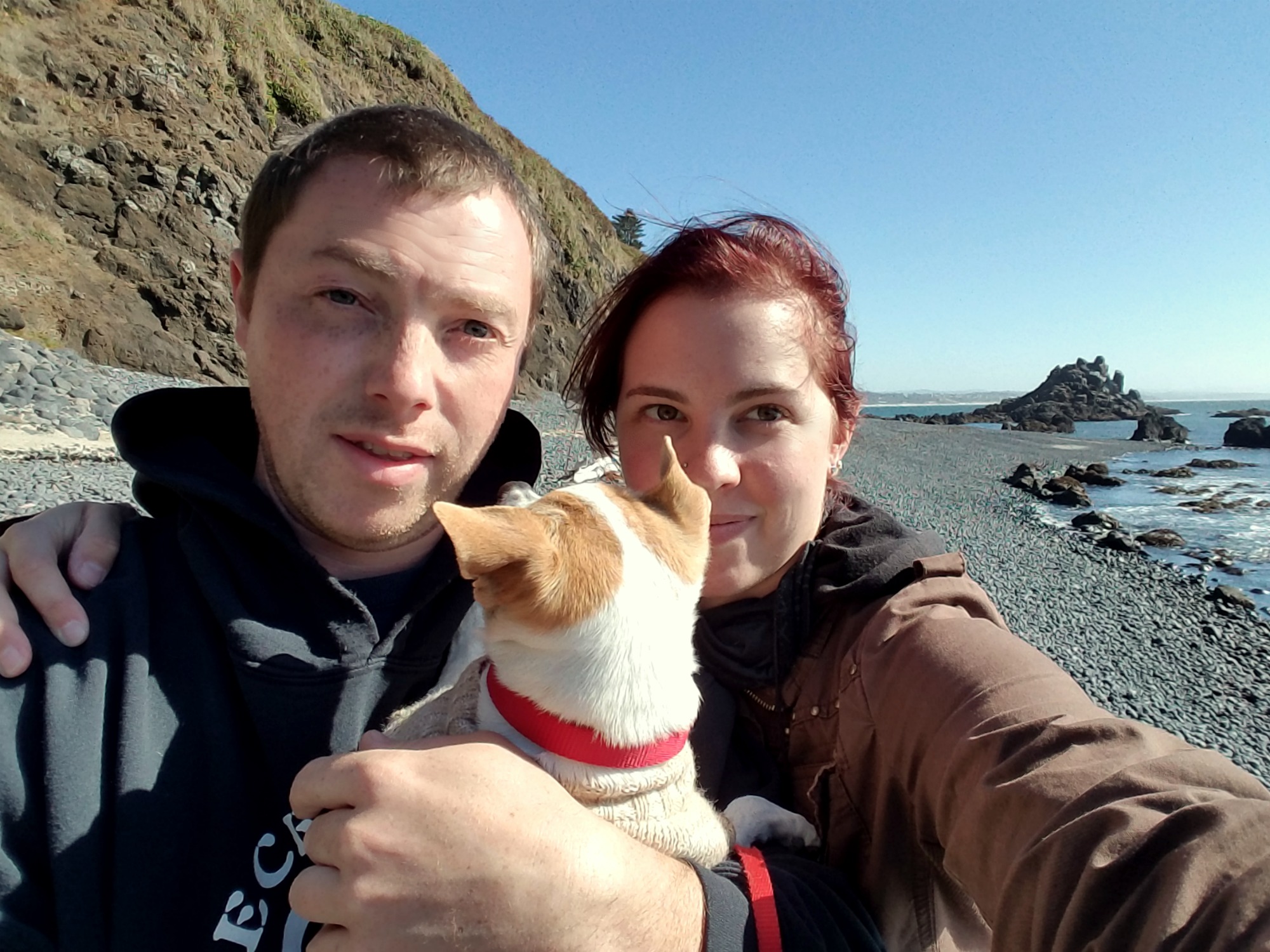 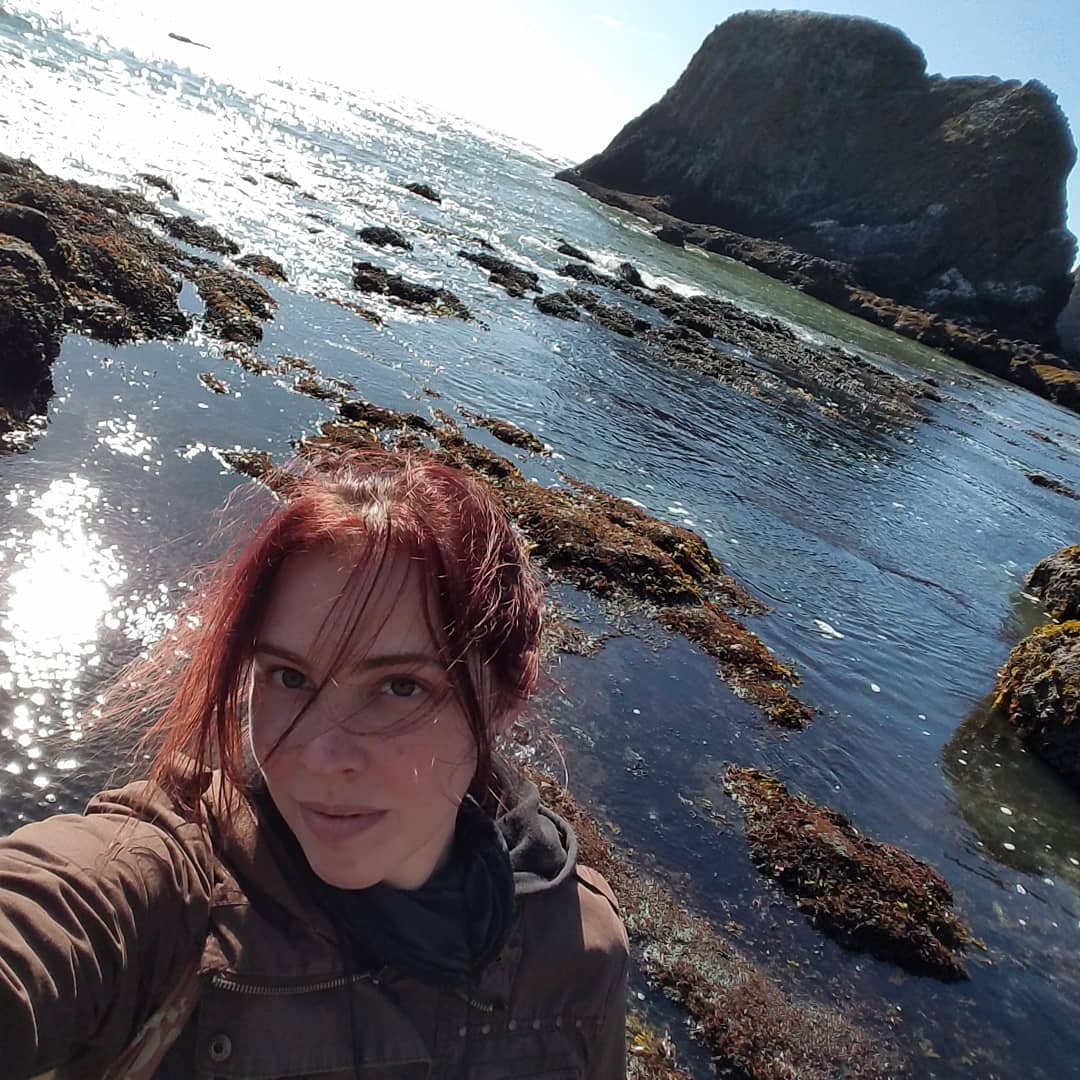 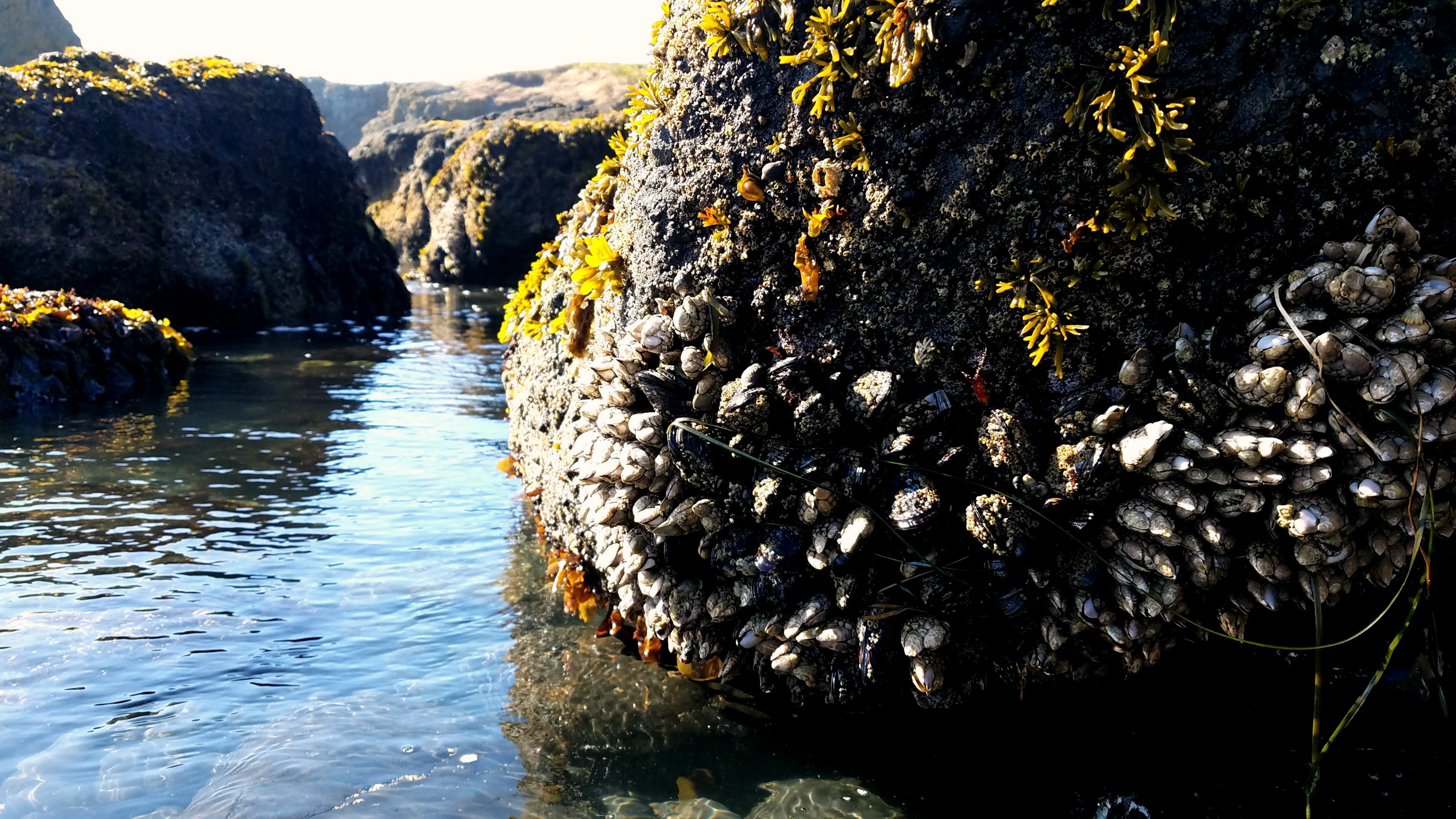 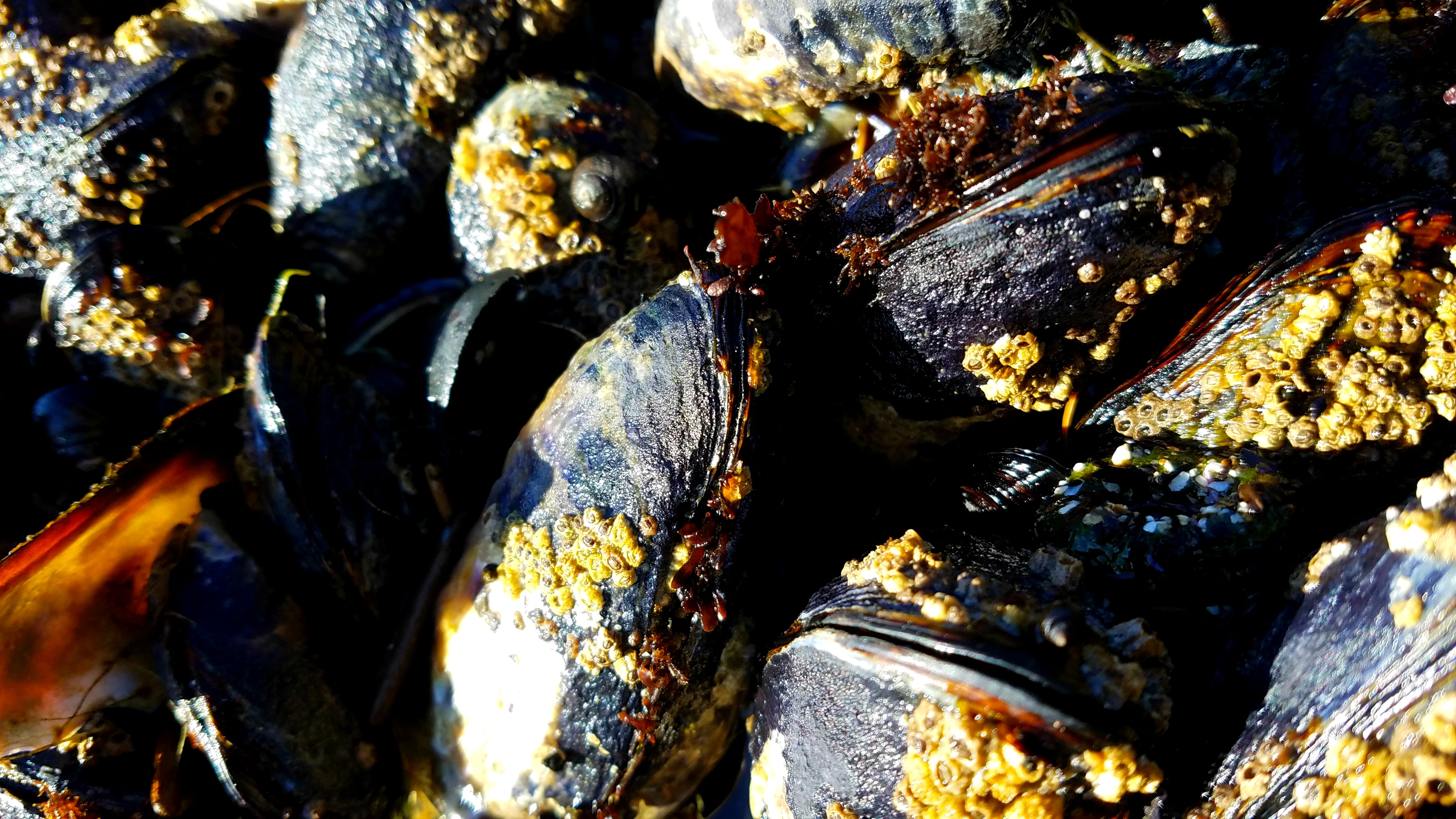 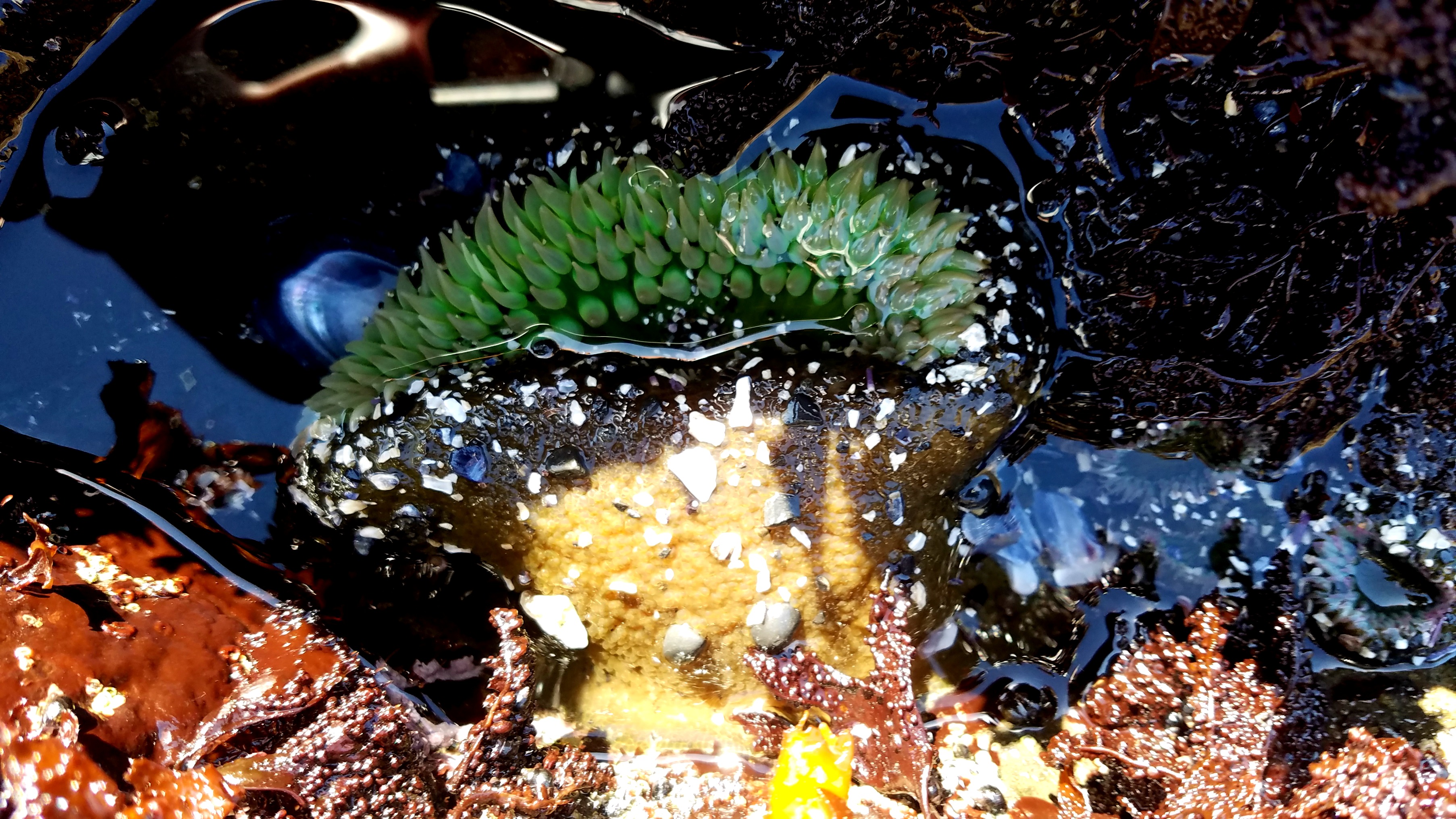 There’s also an ADA-accessible option to get close to the sea (and the seals!) at Quarry Cove within the park. You can also scramble over the rocks in the cove and explore tide pools at low tide. As with other spots along the shore, be mindful of the tide tables so you aren’t caught unawares at high tide. Also: don’t approach the seals when they’re close to shore! They look cute but are actually aggressive if they feel threatened. 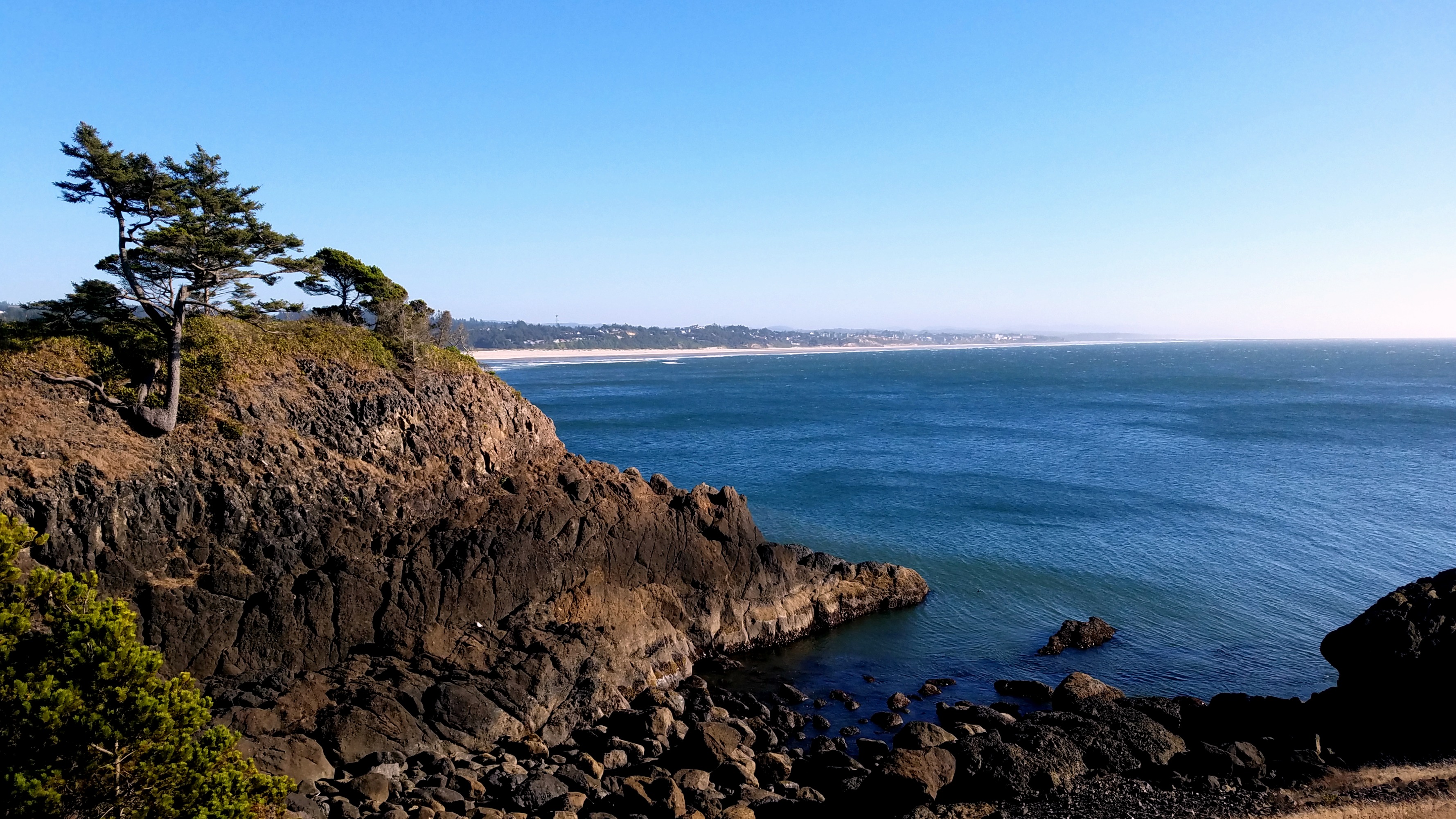 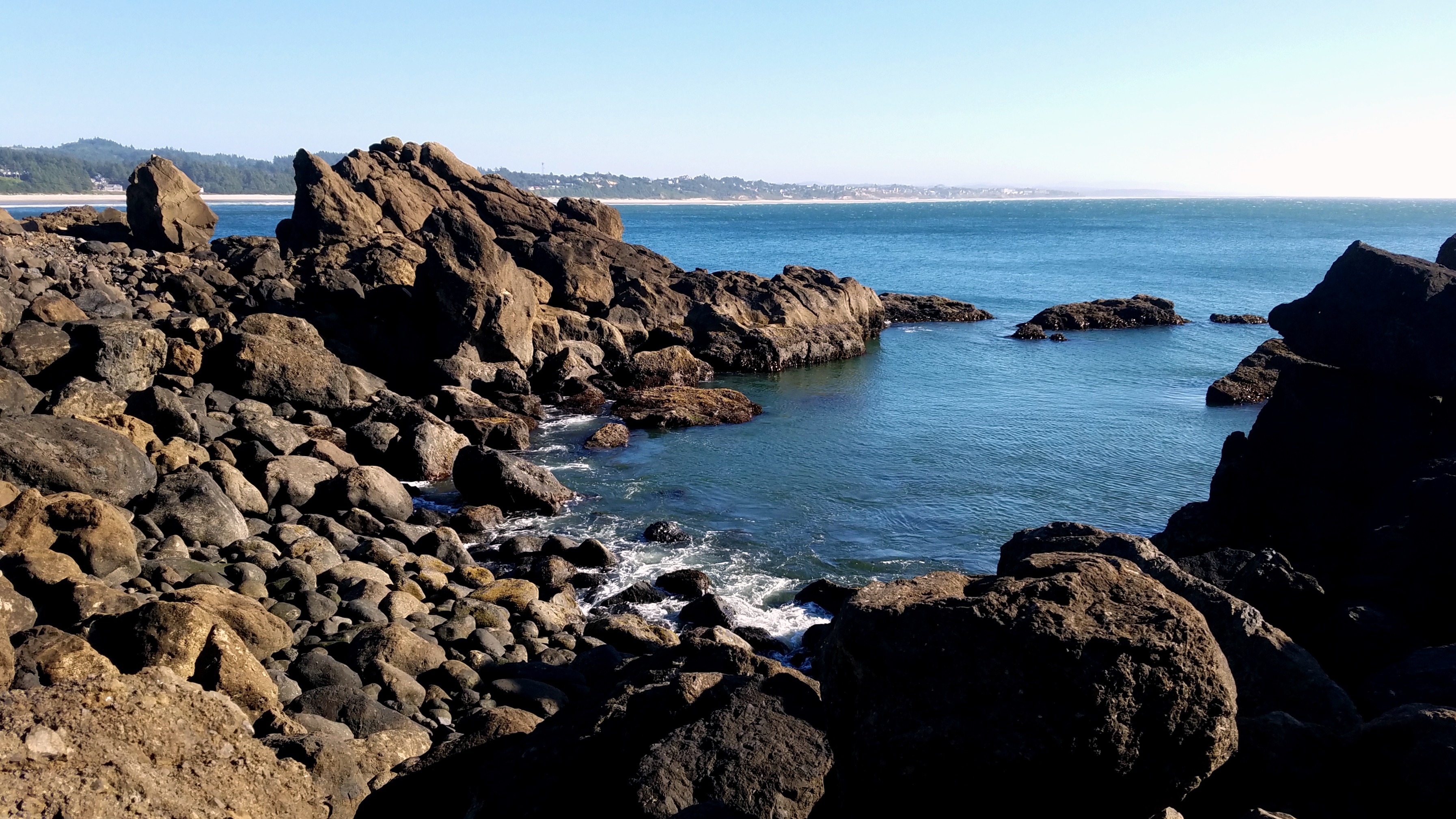 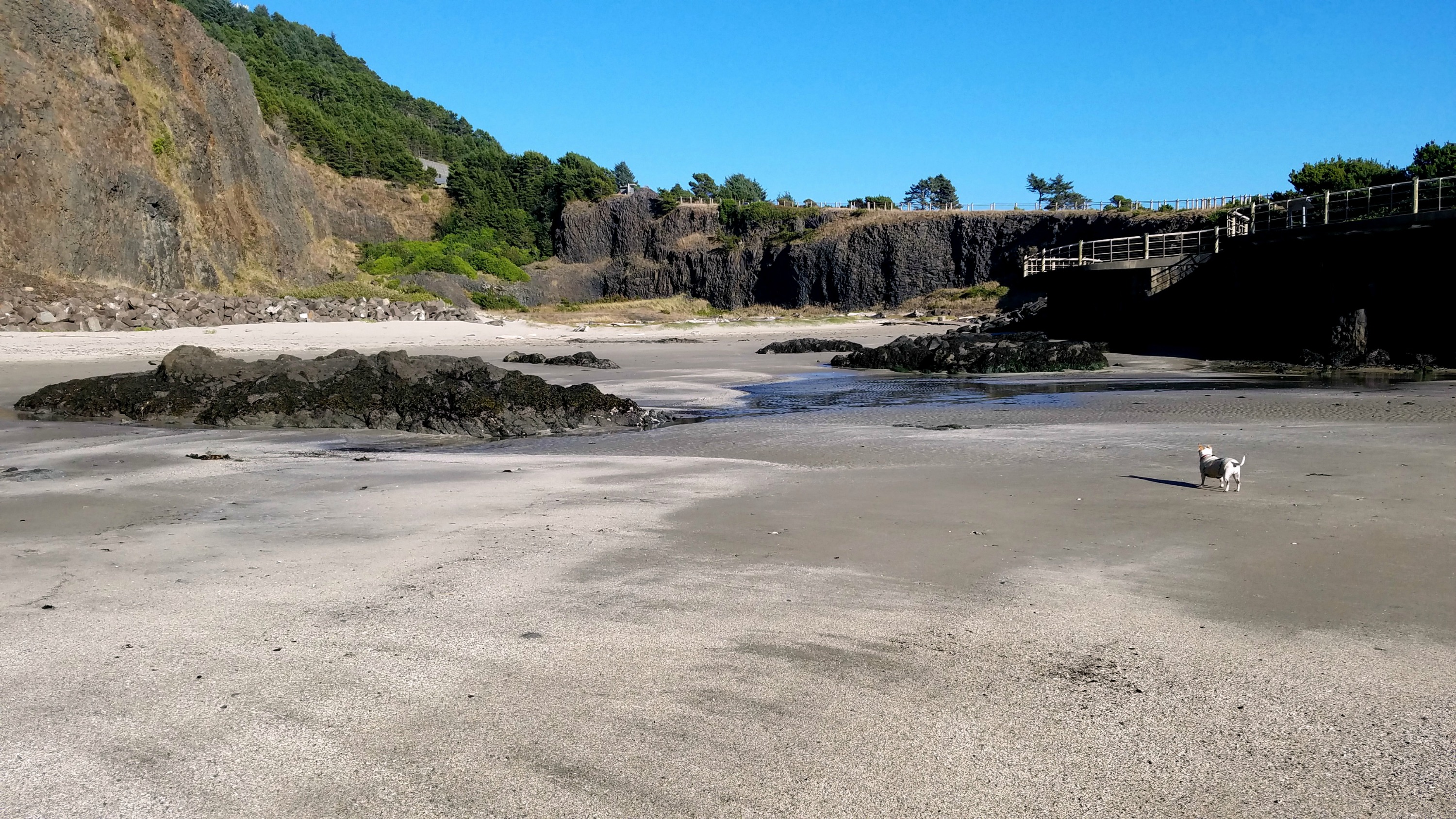 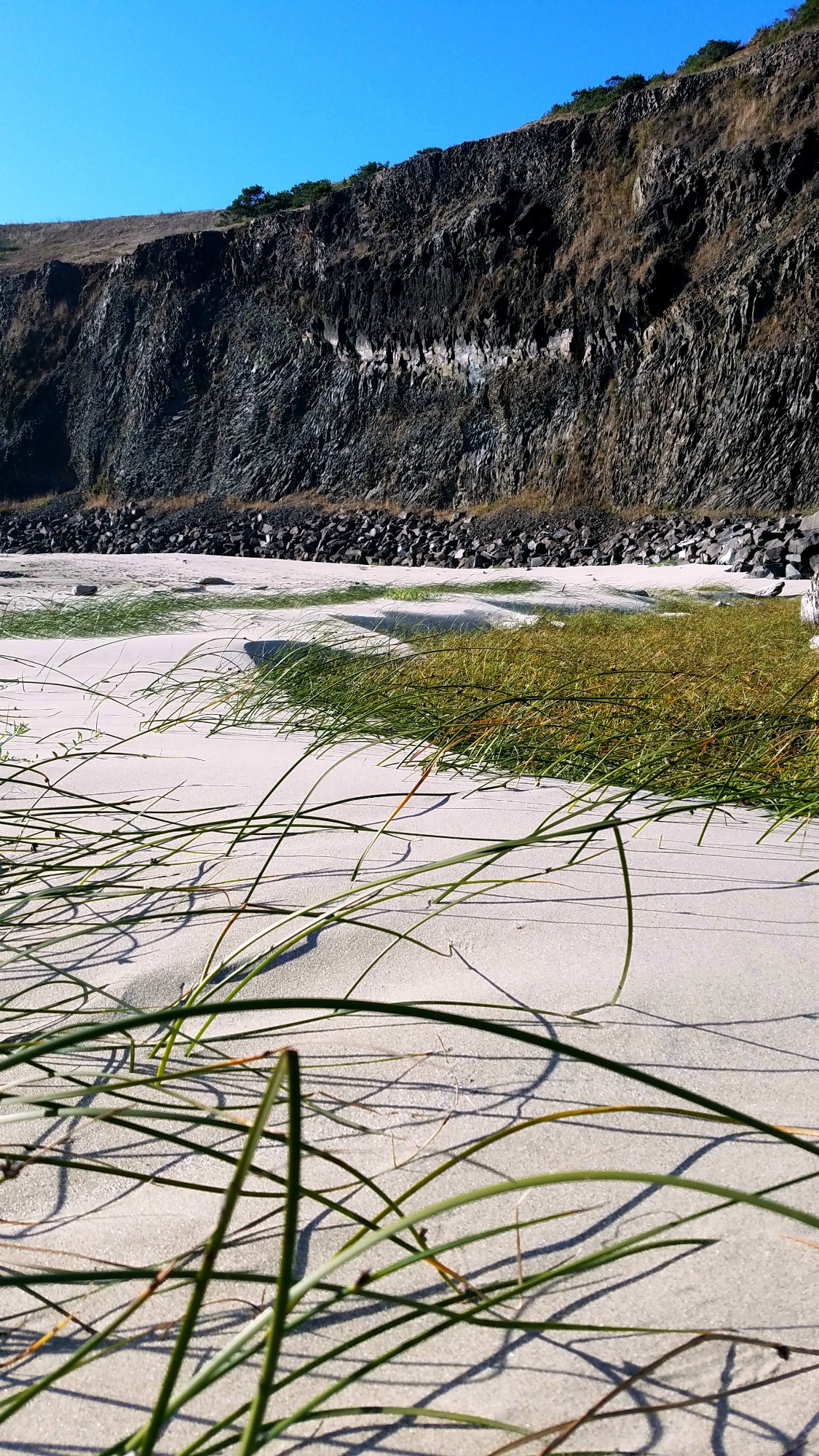 There are also short hiking trails that wind through the 95-acre park to the shore, though we didn’t explore any of those this time, since we were already worn out from running up and down the beach on the sand!

Yaquina Head offers enough adventures to fill up an entire day. Have you ever visited? We were lucky enough to hit low tide so we could explore the Quarry, but I’d love to see it again at high tide!