Since I posted a pic from the back streets of historic Wallace the other day, I thought you guys might also like to see the nearby ghost town of Burke, Idaho. I got to visit in November 2019, before snow buried northern Idaho for the winter. 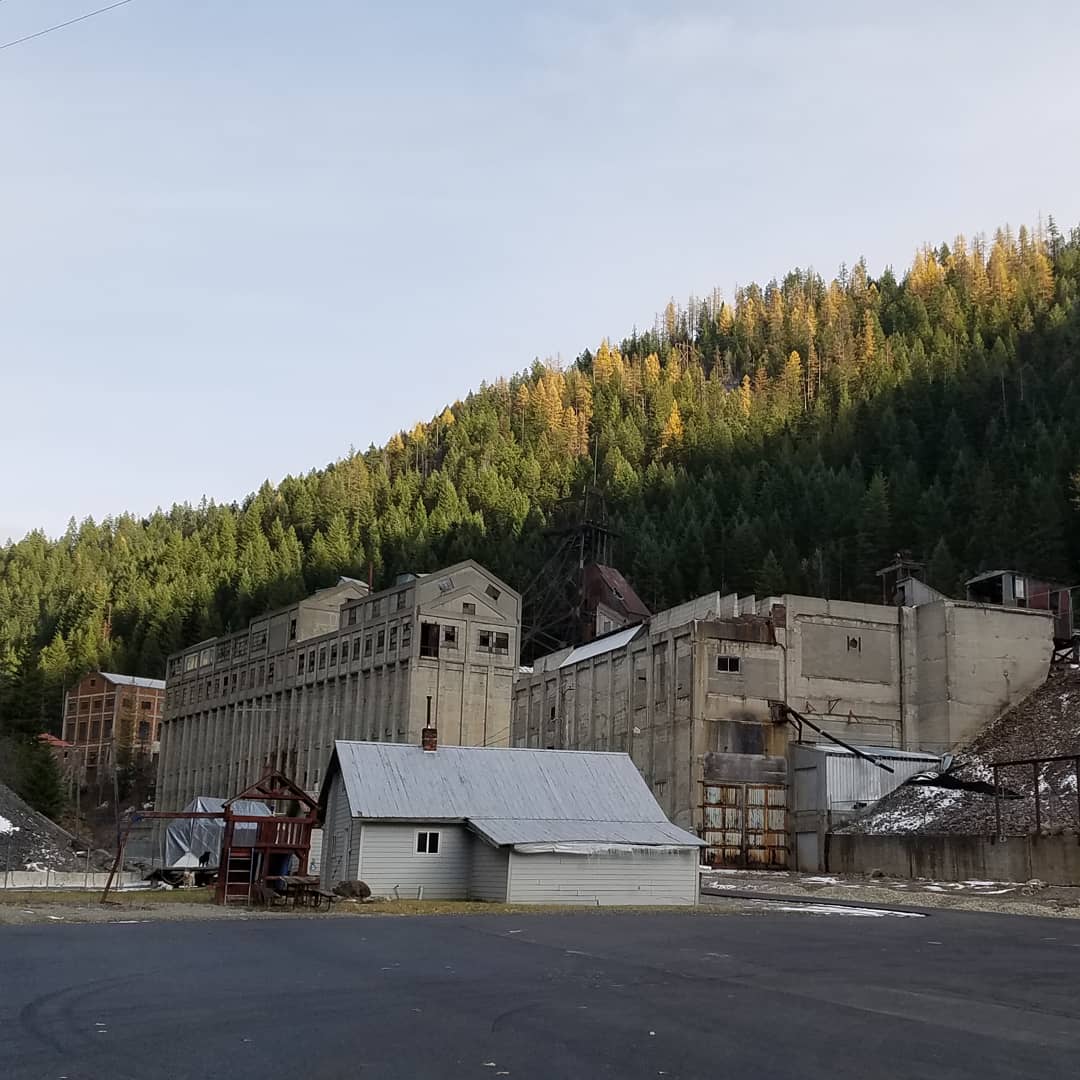 The history of Burke

Burke was a thriving mining town in the late 1880s, home to multiple mining companies extracting silver and lead. Some of the larger mines included the Hecla, Hercules and Star mines. Because Burke Canyon is so narrow (about 300 feet wide), the railroad ran directly down the town’s main street. Vehicles and pedestrians had to move aside when trains passed through. 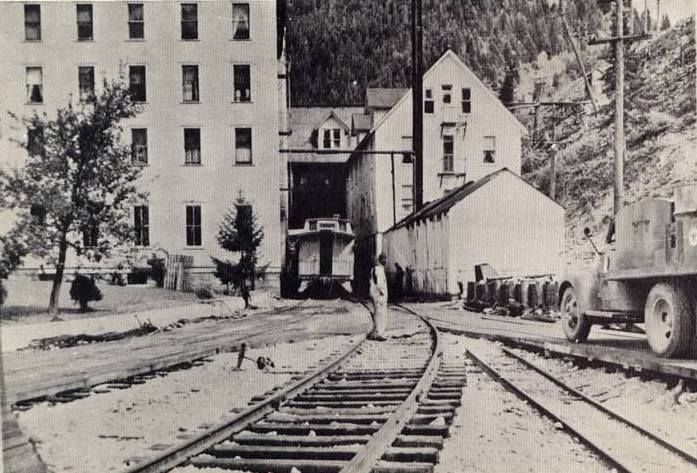 The railroad even ran through the lobby of the 150-room Tiger Hotel, which was originally built in 1896 as a boarding house for miners. The sprawling three-story structure straddled the main street, Canyon Creek, and not one but two sets of railroad tracks to service the mines!

Although Burke was prosperous it was also the site of numerous tragedies including fires, floods and avalanches, which killed dozens of residents and damaged the buildings in the town. Burke was also the site of heated conflict between rival mining companies in the 1890s, and the United States Army was called in multiple times to keep the peace following labor strikes, shootouts, and dynamite attacks. 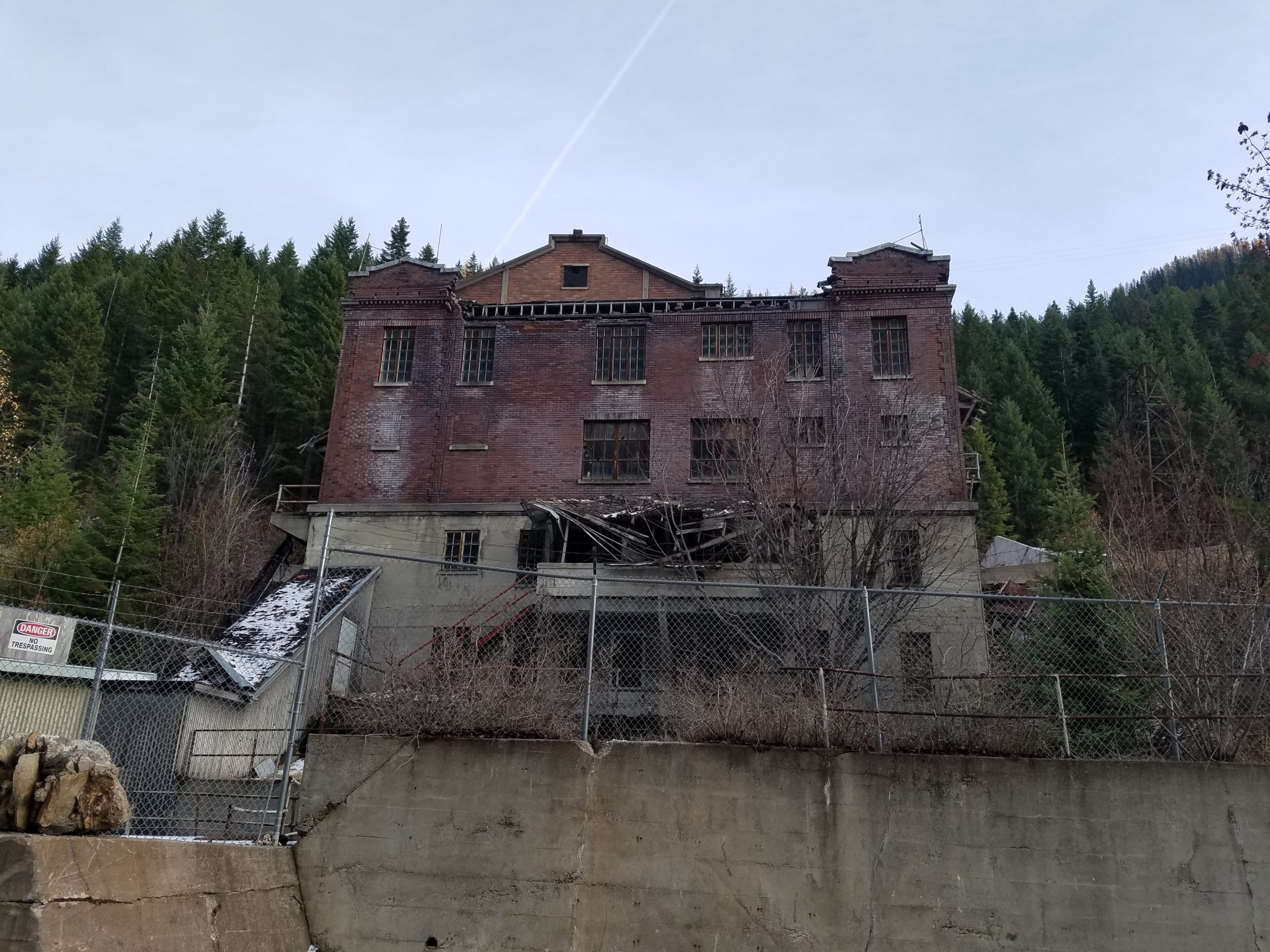 The town falls into ruin

The natural disasters and man made violence, coupled with dwindling natural resources, led to the slow decline of the town in the mid-twentieth century. In 1954 the Tiger Hotel was torn down, having long since become unprofitable due to fire damage and loss of revenue. While Burke was relatively full in 1910, with a population of 1,400 residents, the U.S. census listed only 15 residents in the town by 1990. 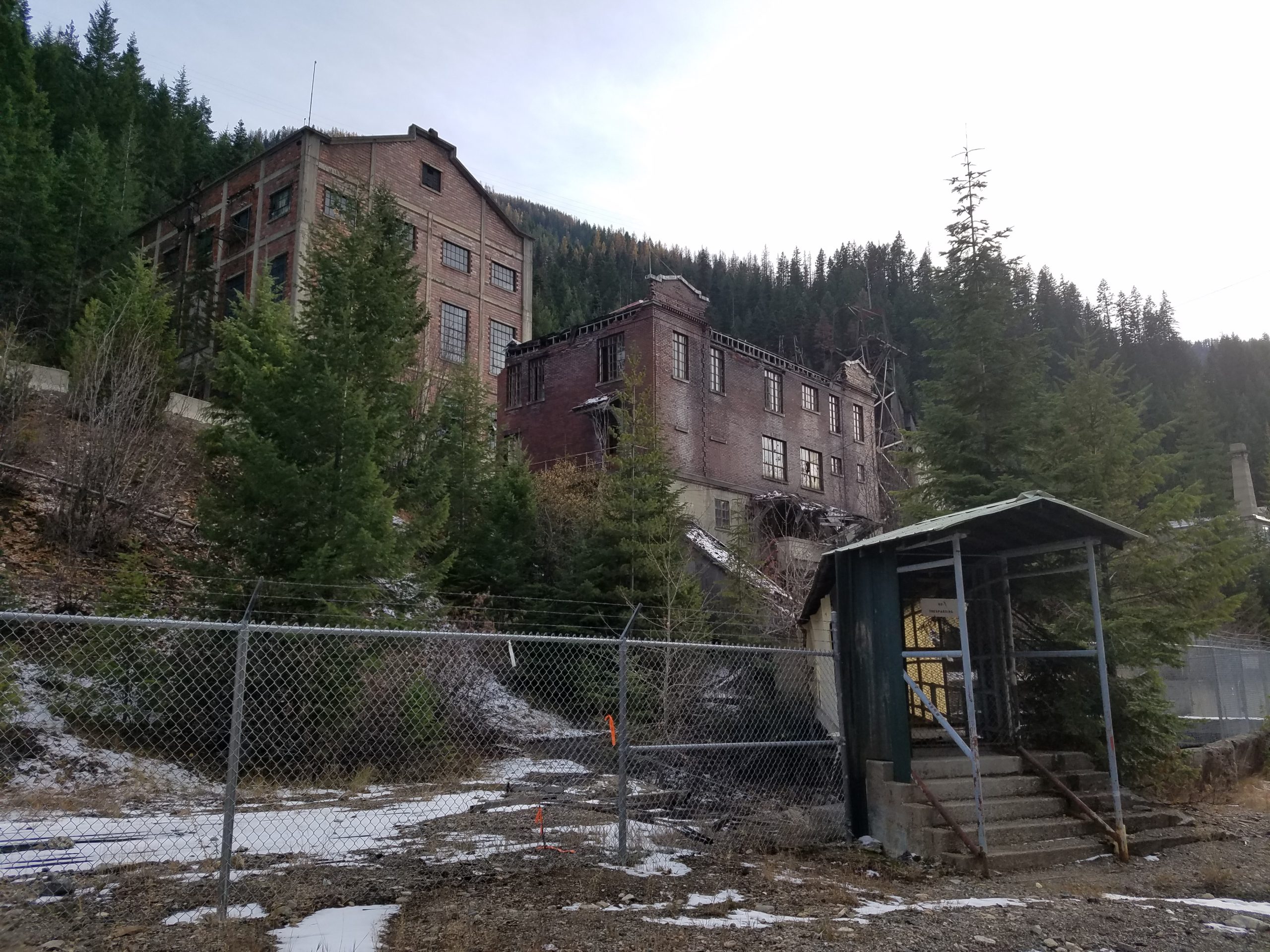 In 1991 the last of the mines officially closed. The Hecla Mining Company has since invested several million dollars in research and exploration into reopening the Star mine, which may have significant potential in silver, zinc and lead deposits; however, as of today no mines have reopened. Like many other western towns Burke has never recovered from the loss of the mining industry and nearly three decades later it’s officially listed as a ghost town. 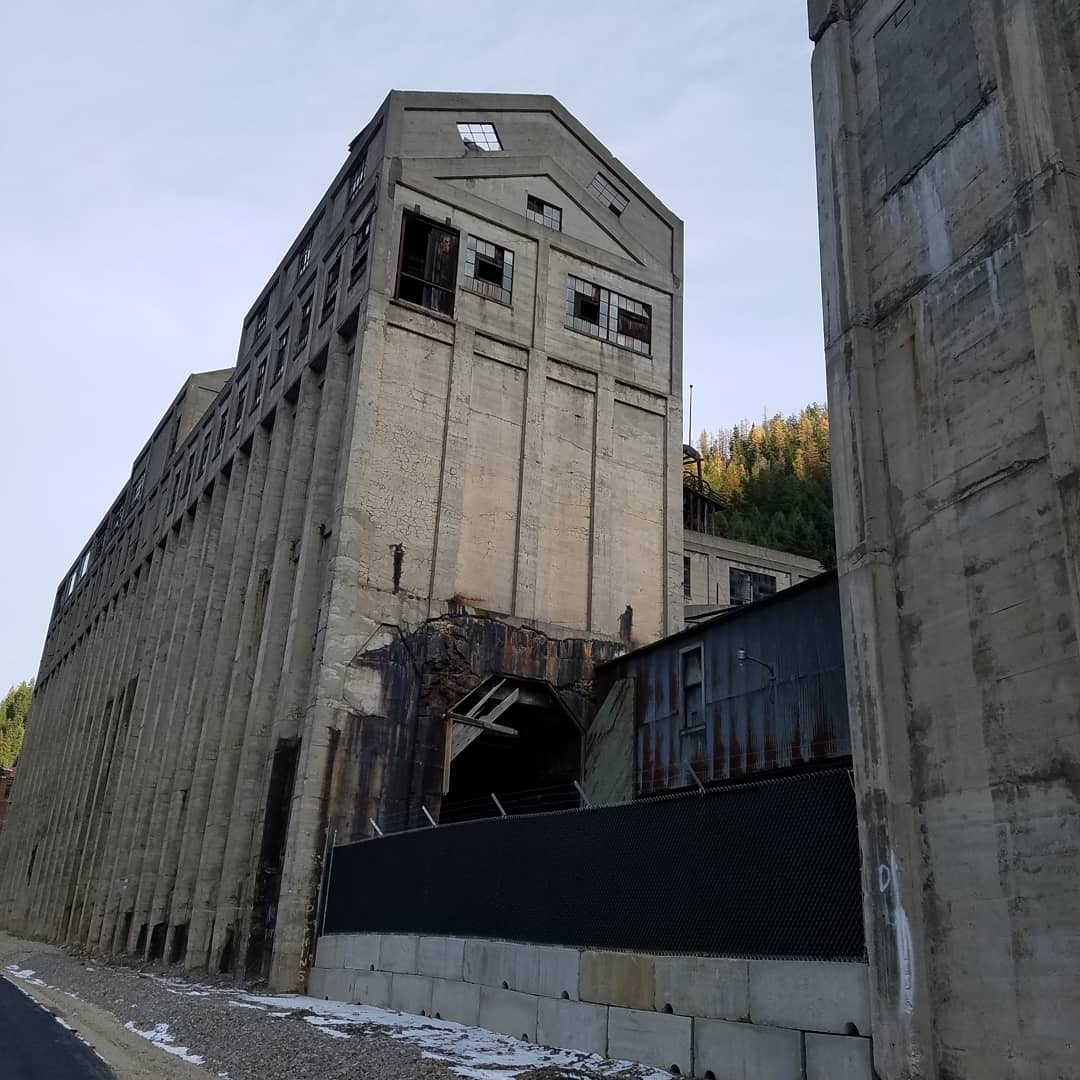 Echoes of the past

Exploring Burke is like walking into an echo. It’s right there in front of you, but it doesn’t seem possible. Because the abandoned buildings are largely intact, it doesn’t feel like a stereotypical ghost town, with crumbling ruins peeking through weeds. Instead it looks and sounds much like I imagine it did a century ago. 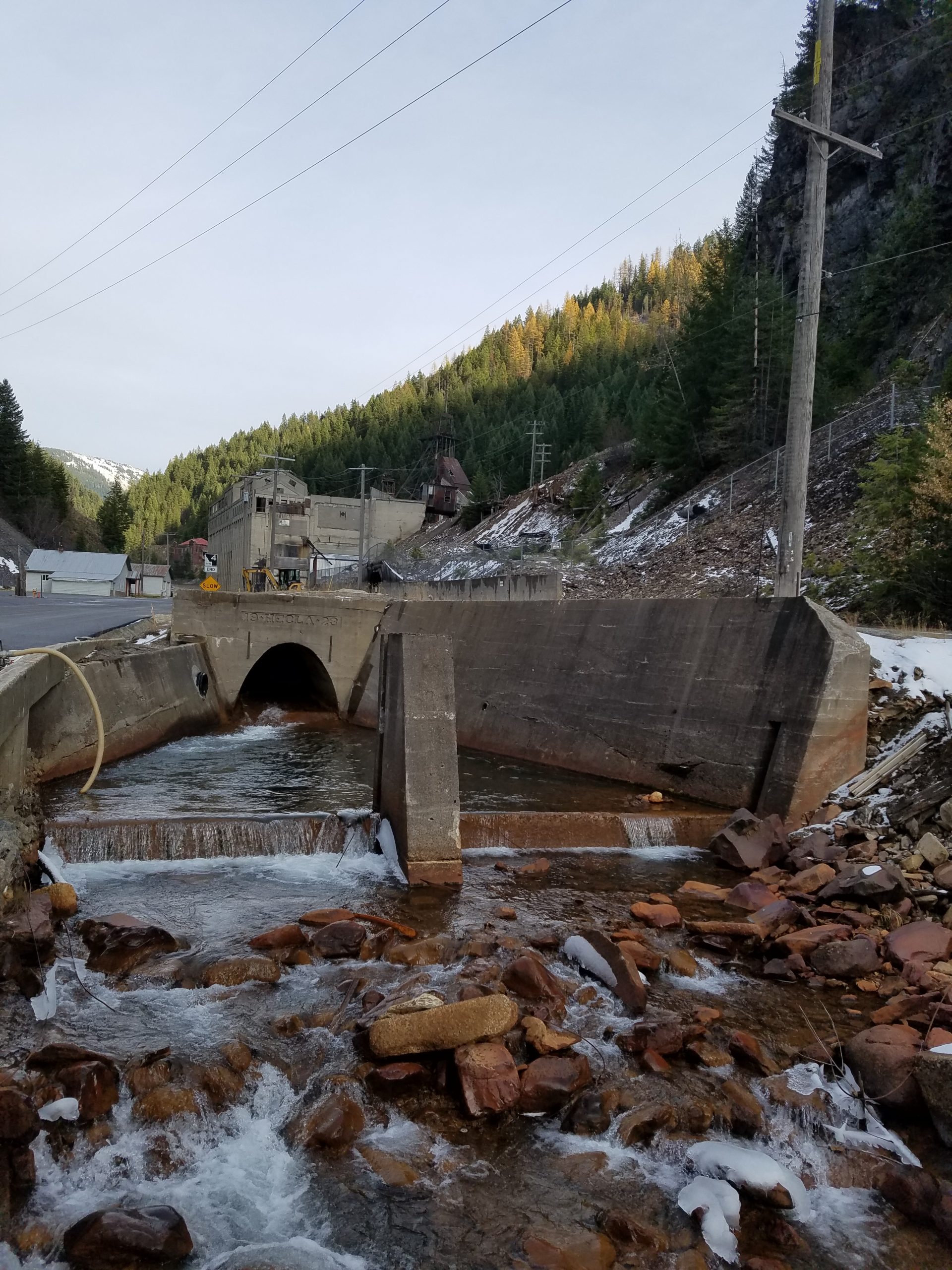 Canyon Creek is gurgling and the wind is moving through the trees on the canyon ridge. The Hecla mine office looks like it should dispatch a shift of miners at any moment. Even the chain link fences around the mines feel temporary; at the edge of town they don’t fully block access to the property, as though whoever put them up didn’t really believe they wouldn’t return. 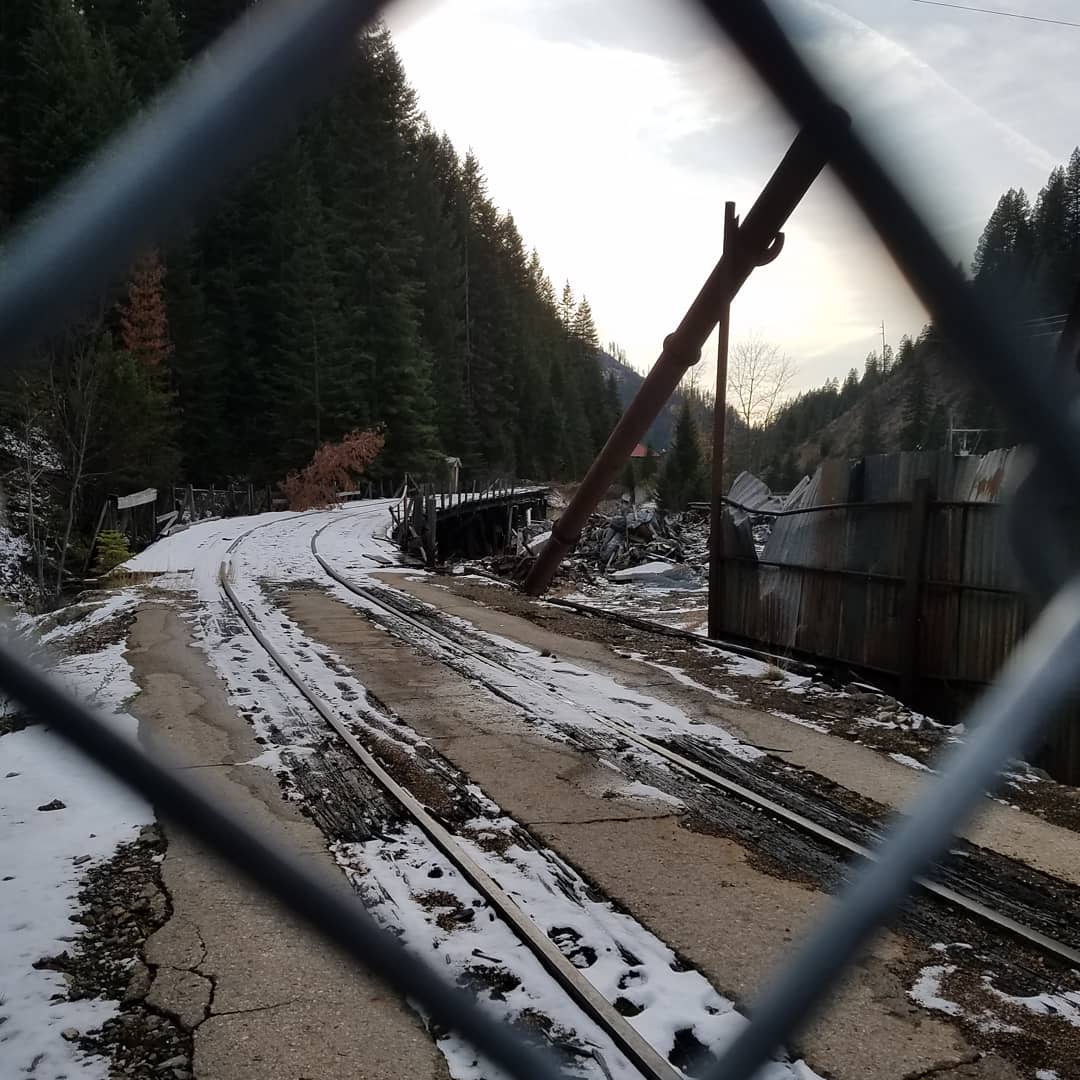 It’s hard to capture in photos, but it’s jaw-dropping to see just how large the old mine buildings are. You can see how tiny I look next to the massive doors blocking the train tunnel outside the Star mine. The scale of the buildings coupled with the emptiness of the canyon makes everything extra eerie, especially at dusk. 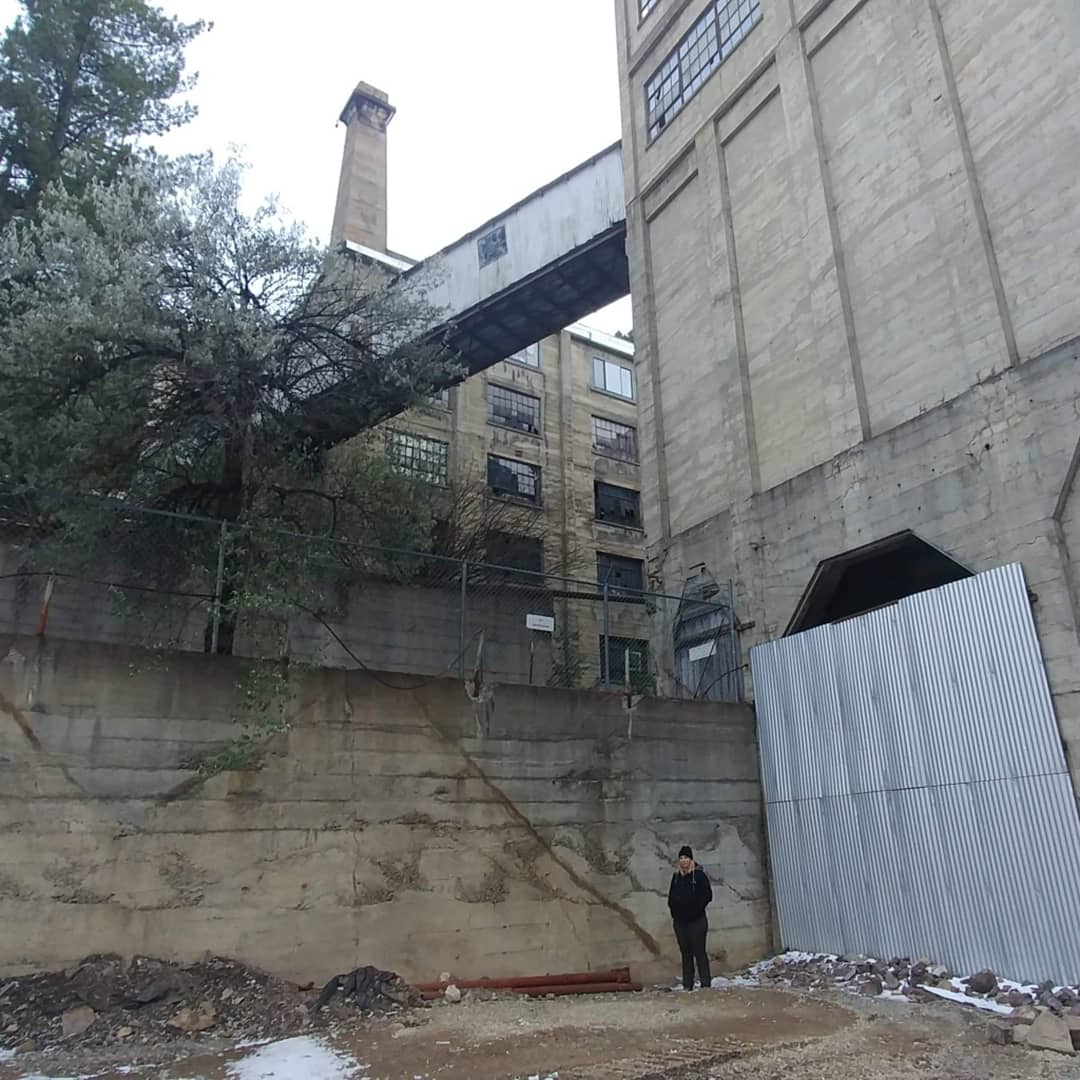 The only real clue to the devastation that took place here is at the north end of the town proper, where massive half-burnt timbers still lodged in the canyon walls once supported miners’ homes. Boarded-up businesses opposite the mines look like they’re just waiting for new tenants. A playground boasts a new gate without a fence. It feels less like Burke is abandoned and more like the town has paused, waiting for sundown, when the spirits of old miners will reappear and life will resume like nothing’s changed. 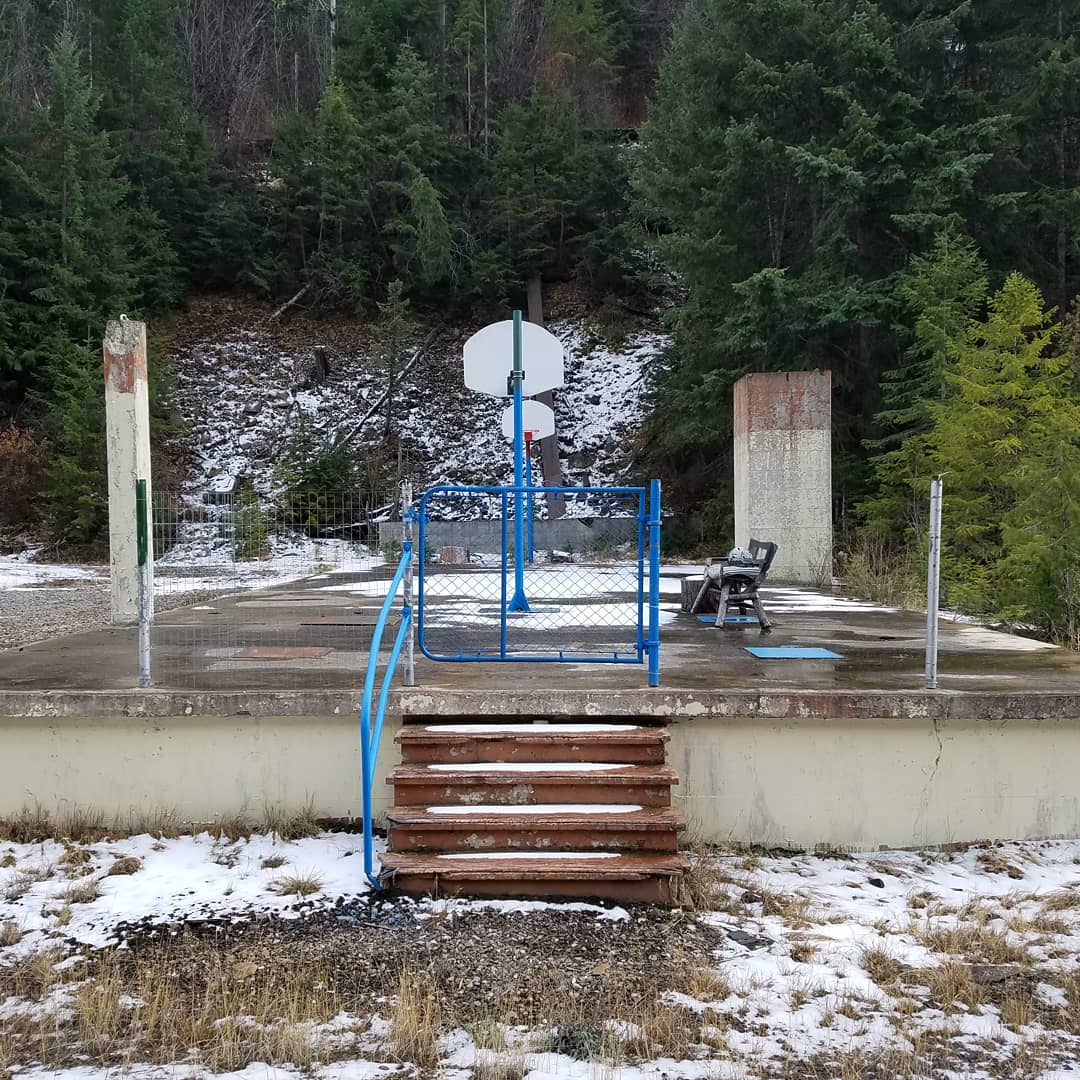 Take I-90 west from Missoula, Montana or east from Spokane, Washington to the town of Wallace, Idaho. At Wallace, take exit 62 and go north on Idaho State Hwy 4; Burke is seven miles up the canyon.

While you can visit Burke any time and take pictures of the abandoned buildings, trespassing into the buildings or near the old mine shafts is prohibited (and extremely dangerous). Please instead enjoy YouTube videos of others’ guided explorations; there are plenty of videos to choose from. 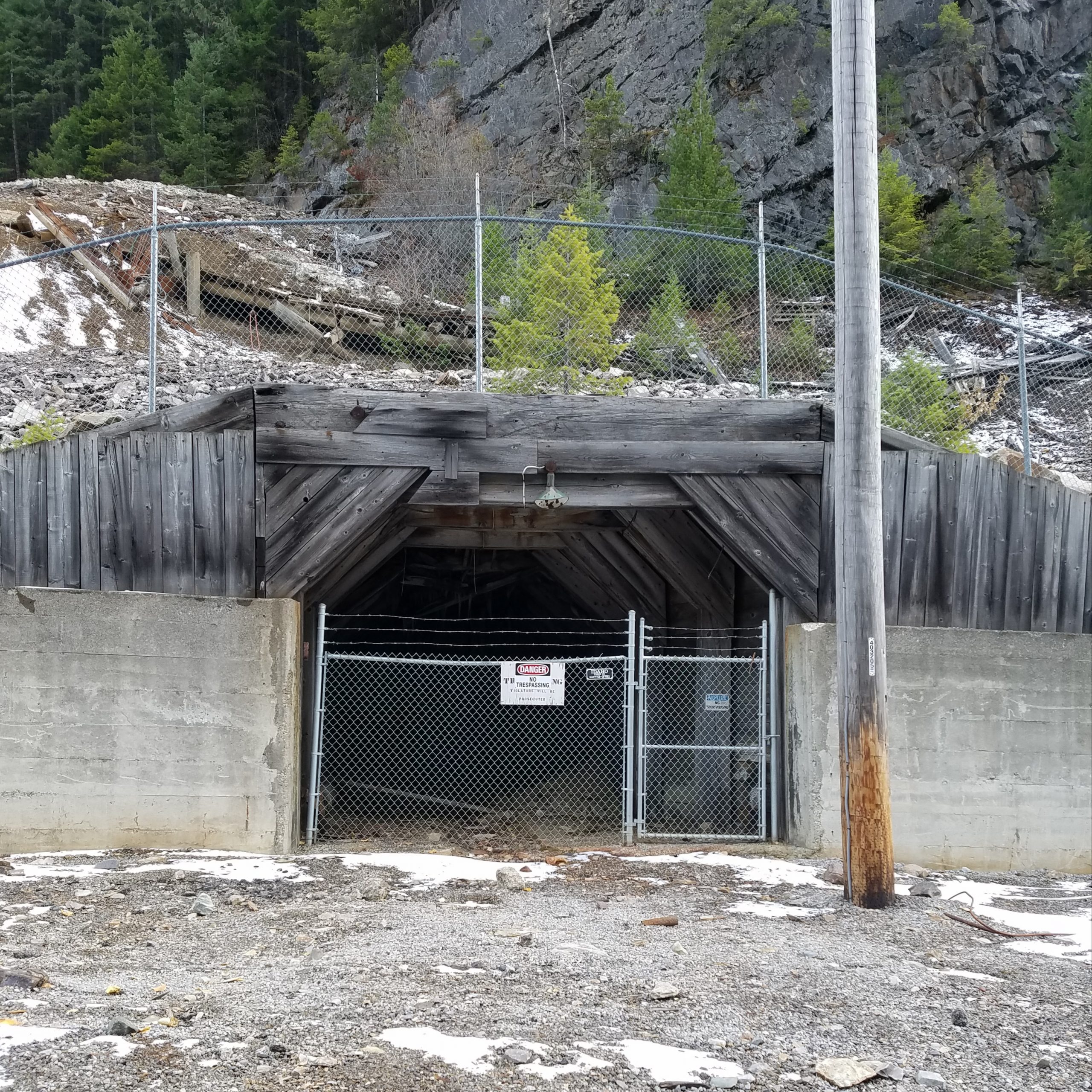 There is still occupied/for sale property at the edges of the town, so be courteous of property owners’ rights. Be aware that there is limited cell service in the canton. Last, be sure to bring warm clothing. Due to elevation and its position so deep in the narrow canyon, Burke is unusually dark and cold, even in summer. 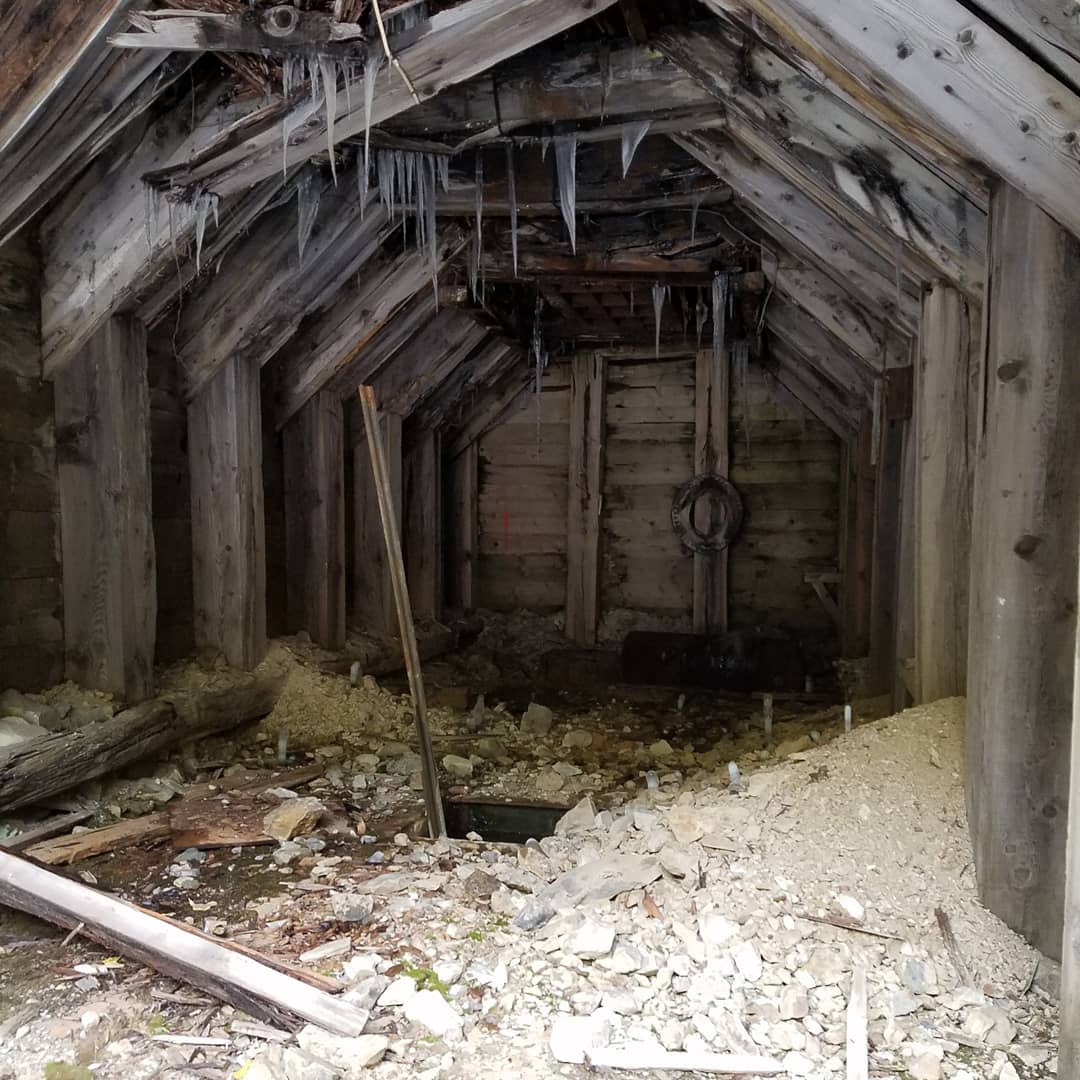 Wallace and the neighboring town of Kellogg, Idaho, offer historical attractions, shopping, food, drinks, and lodging. The area is also an outdoor hotspot year-round, with biking, hiking, camping and watersports in the summer, and snow sports in the winter, particularly at Lookout Pass and the Silver Mountain Resort.

As a last note, while looking online for stories about the history of Burke, I found a wonderful little website called Turner’s Treks & Tales by a woman named Helen Mae Turner, recounting her childhood in the mid-twentieth century in Idaho, Montana and Oregon. She wrote here about growing up in Burke in the 1930s and included a plethora of photos. I looked up the author to see if there was any contact info so I could email her about her blog, but instead I found an obituary notice from 2008. So, much belated, thank you Helen for putting your stories online for future generations to enjoy. 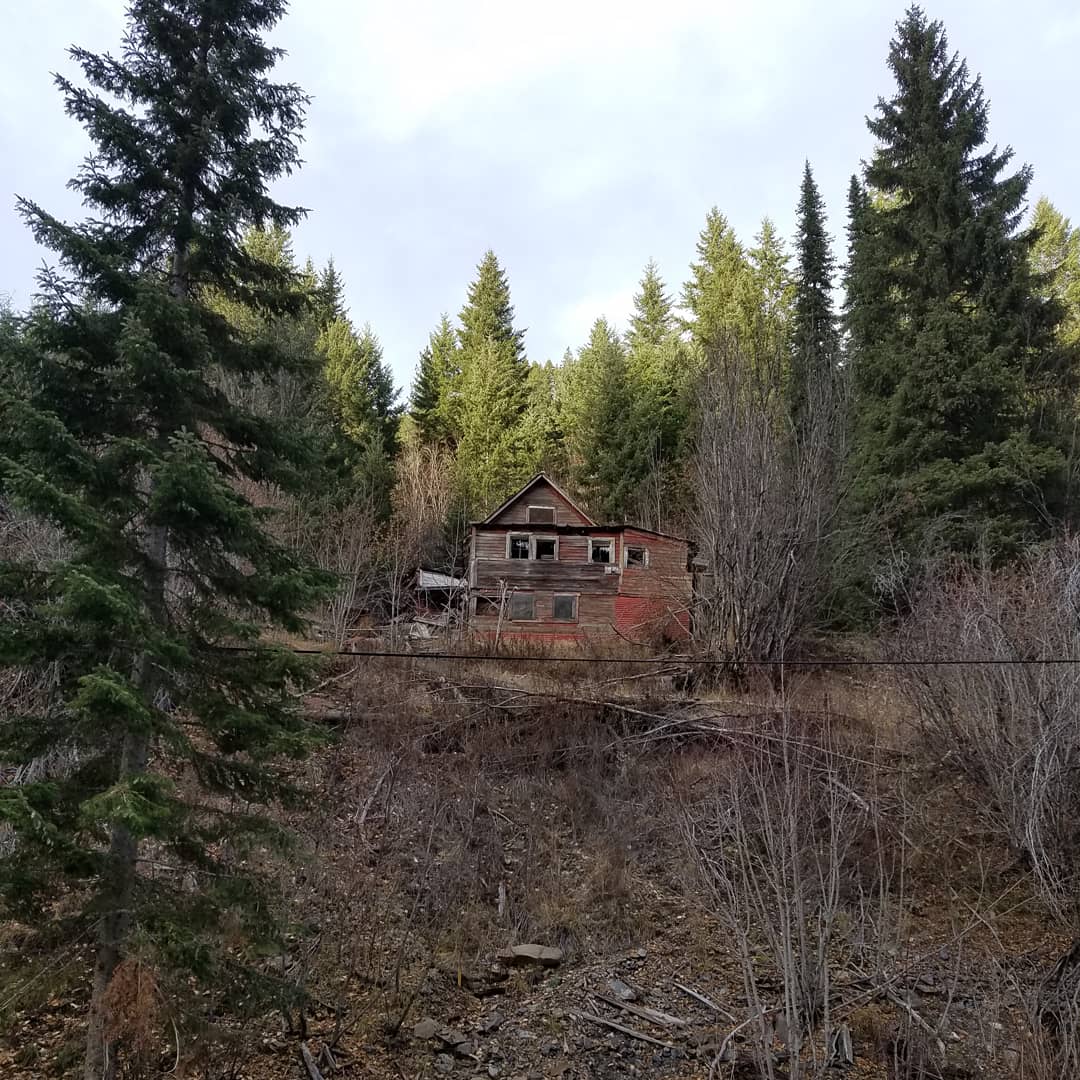