Back in November 2019 I went looking for the center of the universe in Wallace, Idaho. Afterward I ended up walking around town, killing time while I waited for one of the local digs to open up for “dinner time” so I could grab a burger before driving home.

I snapped this picture of an empty alley somewhere downtown. Small old towns fascinate me; there’s a lot of forgotten history there, overlooked by merit of being off the beaten path. Even the ones that were at one time boom towns are now largely deserted.

I wonder about the people who lived there in another era.

I wonder what hopes or fears they had for the future, and what they imagined their hometown would look like decades later. Would they be surprised? Disappointed? Resigned?

Wallace was once a bustling mining town but like so many other small towns of the west, it’s slowly shrunk as that industry dried up and people began to move elsewhere. Historical buildings, some restored and some crumbling, now house a mix of small businesses and tourist attractions. In the off-season and after dusk, the town is mostly deserted. The shops have closed and the few residents have drifted home, leaving just the ghosts to wander the streets and remember what was, now gently fading with the daylight. 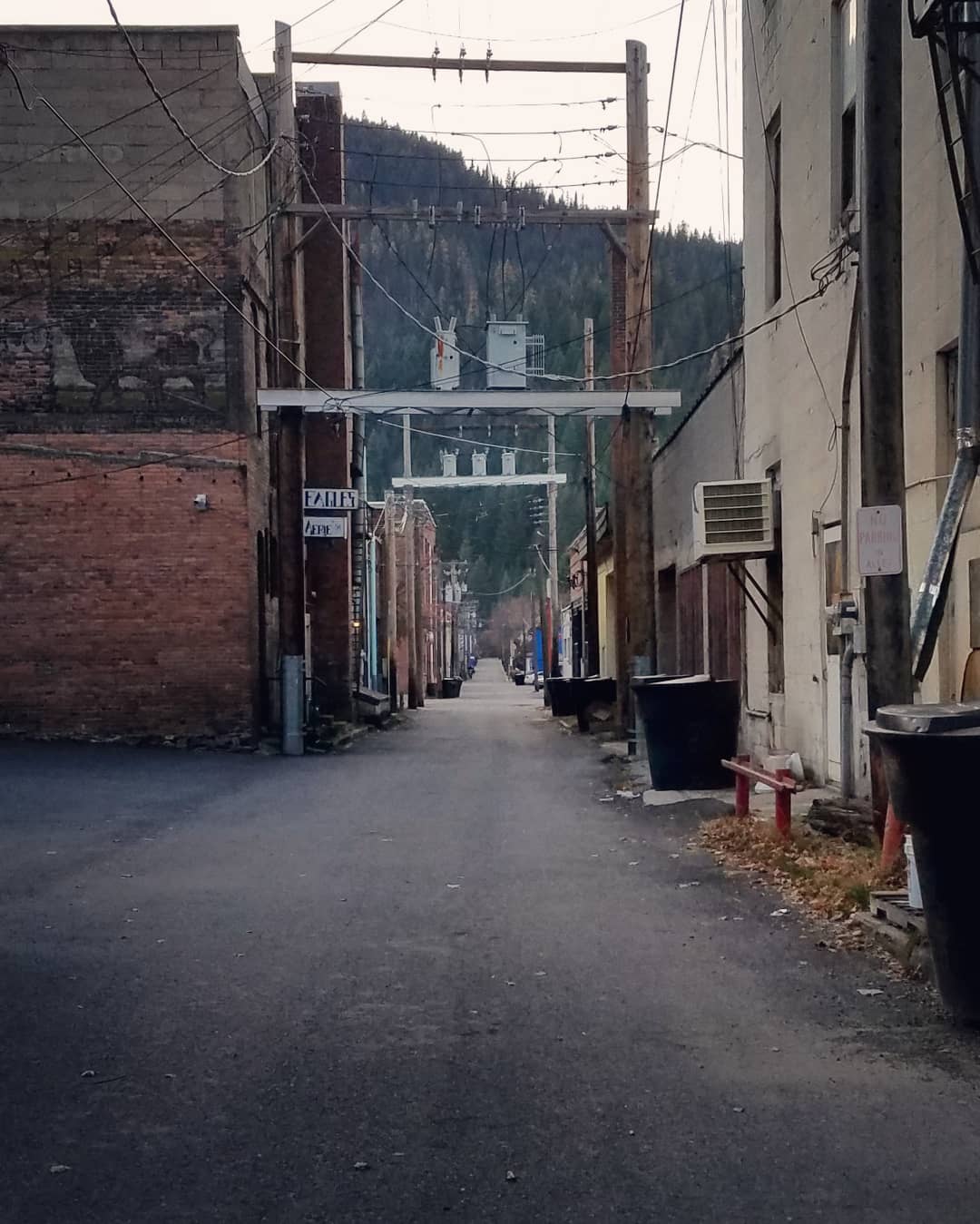 A few months later I found this Pablo Neruda poem that seemed to fit perfectly with the photo. It seems even more fitting with the uncertainty in the world this month, as we try to figure out how to reshape our “normal” in the face of a global pandemic. As I write this roughly a third of the globe is under some type of “shelter in place” order designed to slow the spread of a disease no one knows how to beat.

It’s strange to go out into empty streets and see how quickly our way of life comes to a halt.

It’s a humbling reminder of how fragile we are in the grand scheme of history. And it’s scary to wonder when, or even if, this will pass. But for all the fear and ugliness we’re witnessing, this episode has also brought people together in creative ways to support and encourage each other from afar. I’m trying to remain hopeful that if we can all remain still for a little while, and use this pause to focus on what connects us instead of what divides us, we can come out of this phase of history stronger than we were before.

“Now I will count to twelve
and we will all keep still.

For once on the face of the earth
let’s not speak in any language,
let’s stop for one second,
and not move our arms so much.

It would be an exotic moment
without rush, without engines,
we would all be together
in a sudden strangeness.

Fishermen in the cold sea
would not harm whales
and the man gathering salt
would look at his hurt hands.

Those who prepare green wars,
wars with gas, wars with fire,
victory with no survivors,
would put on clean clothes
and walk about with their brothers in the shade, doing nothing.

What I want should not be confused with total inactivity.
Life is what it is about;
I want no truck with death.

If we were not so single-minded
about keeping our lives moving,
and for once could do nothing,
perhaps a huge silence
might interrupt this sadness
of never understanding ourselves
and of threatening ourselves with death.

Perhaps the earth can teach us
as when everything seems dead
and later proves to be alive.

Now I’ll count up to twelve
and you keep quiet and I will go.”

If you liked this post you might also enjoy my trip to the ghost town of Burke, Idaho.