(Note: this post on modern slavery and ethical consumerism was originally published on June 2, 2013. It has been updated and edited for clarity.)

Have you ever calculated your “slavery footprint”? When we use the term “slavery”, most Americans tend to think of something from a school textbook about the Civil War era. Sadly, slavery is alive and well in the modern world, and it’s lurking in places you might not think to look for it.

While slavery is technically illegal across the globe, that doesn’t mean it’s nonexistent. In 2013 the SumAll Foundation, a data partner for nonprofits, reported that there were over 27 million slaves in the modern world. In 2020, that number is up to 40 million, according to Anti-Slavery International. A lot of people immediately connect modern slavery with sex trafficking, but that’s just one piece of the puzzle. In 2013 a New York Times piece pointed out that first-world consumerism is a driving force behind much of the modern slave trade.

For example, think of the clothes you wear. Do you know where they came from and how they were made? There’s a very good chance they were manufactured in a third-world sweatshop. The workers may even be children pulled out of school to go to work). What about your food? Workers often labor in unsafe conditions for little money to deliver items like coffee and fruit to your table.

While the numbers are troubling, it can be hard to grasp the impact of modern slavery on the average American household. Made In A Free World launched an interactive website called My Slavery Footprint, which offers users a way to input personal data and calculate the impact of their purchases. The questionnaire covers topics like food, clothing and consumer electronics.

The goal of the site isn’t to make you feel bad, but it probably will. When I first clicked through the site in 2013, it calculated that 53 slaves “worked” for me. In 2020 I updated my answers and got a new number: 63. Both times I was staggered. Do I even know that many people, total? Are my consumer habits really that bad? 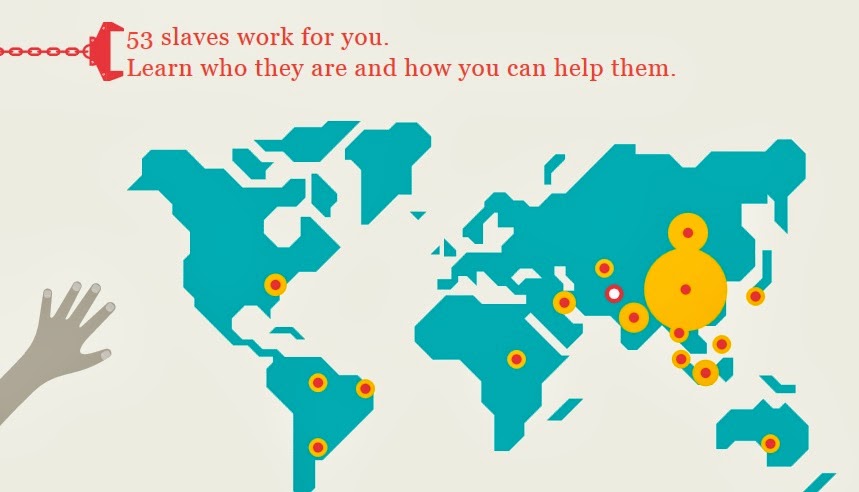 Once I started looking further into the numbers, I realized they don’t quite tell the whole story. Back in 2013, a piece in Forbes pointed out the data presented on the site was incomplete. I can’t speak to the nuance of electronics sourcing; some days I can barely operate my own laptop. But I can tell you the data collection and presentation feels flawed.

In some categories, there’s room for lots of detail; under your dietary habits, you can specify not only whether you eat largely vegetarian but also whether you’re eating more citrus fruits or more apples. But when the site asks about your beauty products, it skips important factors like country of origin or whether the brand uses fair trade ingredients.

For clothing, it’s concerned with the number of items you own, not their origin or material, so a large wardrobe automatically results in a larger slavery footprint. Basically, the site doesn’t differentiate between a pair of Nikes and a pair of Toms, so someone who buys ethically crafted clothing made from organic fair trade cotton gets the same score as someone who buys mass-produced items from factories in China.

Which brings me to my other gripe: the “score” seems to assume you buy everything brand-new and purely for the hell of it. There’s no way to indicate that a lot of my clothes are secondhand. I grow some of my own food. My bike is almost twenty years old, and my smartphone and laptop are both several years old as well. I’ve also used all three extensively for work, not just fun. I could go own, but you get the point.

The site admits that your results are largely based on “assumptions”. In 2013, it showed the five responses that most affected your overall footprint; in 2020, that feature has been removed. Curious, I signed up for the email list to see what resources MSF would send me. Unfortunately the form glitched and never sent me an email. (I’ll definitely update this post later though if anything shows up.) 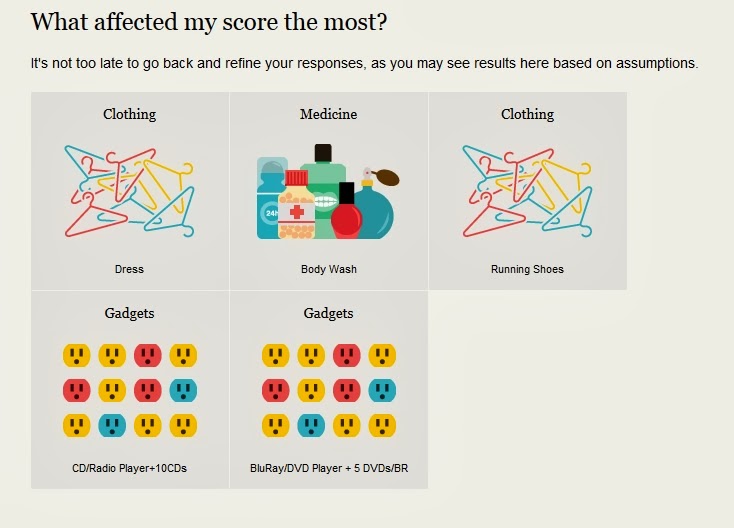 So how do I put my numbers to good use?

An essential part of data collection and processing involves making sense of the numbers. I think that MSF is a great way to get started, but I do wish they offered better ways to refine your input, and more resources to understand the impact of your end number.

For example, if you’re a fashionista, you could start upcycling new fashions from thrift stores and shopping through retailers who are making strides toward a more ethical supply chain.

If food contributes highly to your score, look for more fair-trade and ethically sourced items. For example, if you’re a hard-core chocolate addict, purchase bars made from fair-trade cocoa beans. Personally I love Theo Chocolate, and on top of using fair trade cocoa I saw that one of the bars helps support World Bicycle Relief, an organization that supplies locally assembled bicycles to students, entrepreneurs and health care workers in rural Africa. Talk about a cool way to multitask your ethical impact, huh?

Ethical consumerism is definitely a thorny topic but it’s one I’d like to talk about more. (Especially as it intersects environmental impact, personal privilege, and trying to budget…whew!) At a time when we’re reevaluating so many priorities and privileges in our lives, it kind of feels like this should be on the table, right? I certainly don’t have all the answers but I plan to dig deeper into this topic in the coming months. I’d love to hear your feedback!